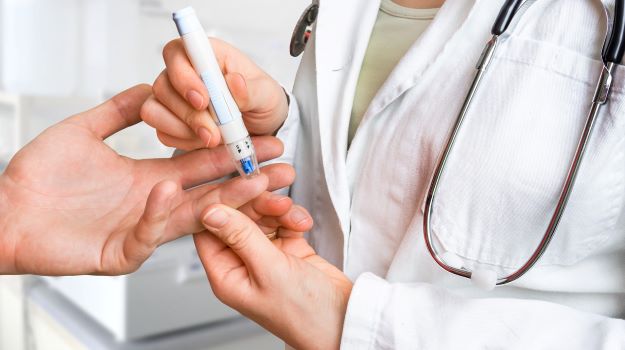 vTv Therapeutics, based in High Point, NC, announced positive results from a mechanistic study of TTP399 in type 1 diabetes patients.

In the study, 23 people with type 1 diabetes using insulin pumps were randomized to receive the drug or a placebo once a day for about seven days. On the final day, an acute insulin withdrawal test was run by halting the insulin pumps and measuring levels of beta-hydroxybutyrate (BOHB) and other metabolic markers for up to 10 hours or until certain safety stopping criteria were met.

“The results from this trial suggest that TTP399 can lower blood glucose without increasing the risk of DKA,” said Jonathan Rosen, Associate Director of Research at JDFR.

DKA is diabetic ketoacidosis, a serious, life-threatening complication of diabetes.

Rosen went on to say, “This is so important because DKA remains a challenge in people with type 1 diabetes and insulin by itself is not enough for most people with T1D to achieve optimal health outcomes — we need safe, effective adjunctive therapies to complement insulin.”

The patients taking TTP399 did not experience increased ketone levels relative to placebo during the acute insulin withdrawal period. And consistent with earlier clinical studies, there were improved fasting plasma glucose levels and fewer hypoglycemic events during the week before the withdrawal test.

The company notes that the U.S. Food and Drug Administration (FDA) has not approved SGLT2 inhibitors as adjunctive therapy in type 1 diabetes over concerns of DKA. To address these concerns, vTV ran this mechanistic study to show that TTP399, a liver-selective glucokinase activator, doesn’t increase ketones.

“This mechanistic study confirms the hypothesis that treatment with TTP399 lowers glucose, results in less hypoglycemia, and does not increase the formation of ketones,” said Jeremy Pettus, Assistant Professor of Medicine, University of California, San Diego, and an investigator for the study. “These results overcome a major hurdle faced by other potential adjunct therapies, particularly those from the SGLT2 class.”

In April, vTv presented data from the Phase II SimpliciT-1 study of TTP399 as an adjunct to insulin therapy in adults with T1D. It was run in two parts under a treat-to-target protocol. It evaluated the drug in patients over 12 weeks of daily dosing after a multi-week insulin optimization and placebo run-in period.

Data demonstrated that treatment with 800mg of TTP399 had statistically significant reductions in HbA1c and a clinically relevant decrease in the frequency of severe or symptomatic hypoglycemia compared to placebo. It had a favorable safety profile, with abnormal serum and urine ketones observed less often in participants in the TTP399 group than in the placebo group.

Also, in April, the FDA granted Breakthrough Therapy designation for TTP399 for this indication. The designation was supported by the results from the Phase III SimpliciT-1 Study.

“This FDA Breakthrough Therapy designation is an important milestone in the development of TTP399 for the treatment of type 1 diabetes, a serious, life-threatening, and life-long condition impacting the day-to-day lives of more than a million Americans,” said Steve Holcome, Chief Executive Officer of vTv. “Hypoglycemia remains a leading cause of morbidity and potential mortality in the treatment of type 1 diabetes. Patient and prescriber fear of hypoglycemia often precludes tight glycemic control and this FDA designation highlights the potential of TTP399 to address this serious unmet medical need. We look forward to working with the FDA as we advance the development of TTP399, and in particular as we begin pivotal trials later this year.”