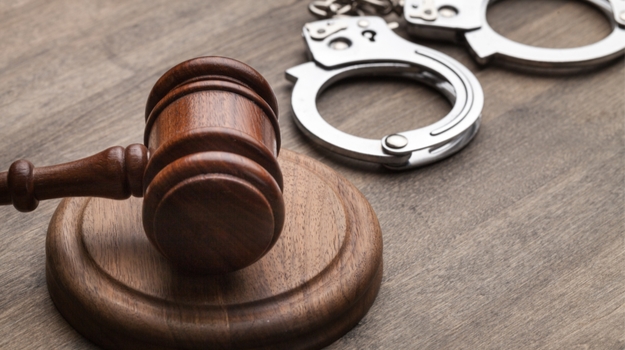 John Kapoor, the founder and former chief executive officer of Insys Therapeutics, has been sentenced to more than five years in federal prison for the role his company played in the opioid epidemic. Kapoor is the highest-ranking pharmaceutical executive to be held liable for the increasing opioid crisis.

Kapoor was found guilty in May 2019 of orchestrating kickback schemes to encourage doctors to boost prescriptions of Subsys, a powerful pain killer. For his role in that plan, Kapoor was sentenced to 66 months in prison Thursday afternoon. Prosecutors had hoped Kapoor, 76, would receive about 15 years in prison but Kapoor’s defense team had requested only one year in prison due to Kapoor’s advanced age. When U.S. District Judge Allison Burroughs announced the sentencing, she said she arrived at the 66 months sentence due to Kapoor's advanced age and philanthropy, as well as "his central role in the crime,” NPR reported, citing The Associated Press.

During the sentencing, several patients spoke about the suffering they went through after being prescribed high doses of Subsys from the doctors who were paid by Insys, the AP said. Some of the patients said the drug made their teeth fall out and also left them with memory loss. There were also stories of becoming addicted to opioids due to the doctors pushing the drug on them. One woman, Deborah Fuller, told the court about her daughter who died of an overdose at the age of 32, the AP said.

Kapoor offered an apology at the sentencing. He said he was “heartbroken by the words of the patients” who spoke at both the sentencing and his trial.

U.S. Attorney Andrew Lelling told reporters following the sentencing that he objected to the lesser sentence.

“My view is that the public interest demanded higher sentences for these defendants,” Lelling said, according to the AP. “These guys basically took a publicly traded pharma company and turned it into an engine for corrupting doctors and jeopardizing the health of men and women nationwide.”

Kapoor’s sentencing comes days after his colleague, Michael J. Gurry, the former Vice President of Managed Markets, was sentenced to 33 months for his role in the Subsys scheme. Kapoor, Gurry and other Insys executives, including Richard M. Simon, the former National Director of Sales; Sunrise Lee, a former Regional Sales Director; and Joseph A. Rowan, a former Regional Sales Director; were found guilty of violating the RICO Act, for their role in the kickback schemes to boost prescriptions of Subsys, which was approved to treat the pain many cancer patients exhibit. On Thursday, Burlakoff was sentenced to 26 months in prison for his role, NPR reported.

During the trials, the government showed that Kapoor and his sales team used data to identify practitioners who either prescribed unusually high volumes of rapid-onset opioids or had demonstrated a capacity to do so. Once they were identified, the sales team went to work to increase the number of new Subsys prescriptions, and to increase the dosage and number of units of Subsys, the government said. The kickbacks were often noted as “speaker fees.” Additionally, the Insys team conspired to defraud health insurance providers who were reluctant to approve payment for the drug when it was prescribed for non-cancer patients, the government said. Prosecutors said Insys misled insurers regarding the true diagnosis of a patient in order to get approval for Subsys, which was to be prescribed to cancer patients.

Throughout the trial, sordid details of the methods used to persuade the prescribers were brought to light, including having an Insys sales manager perform a lap dance at a Chicago strip club for a doctor the company was trying to woo. Jurors were also introduced to a video from a 2015 sales conference of sales associates dancing with a giant bottle of the addictive fentanyl-based Subsys in a rap music video.

Kapoor will report to prison on March 5.