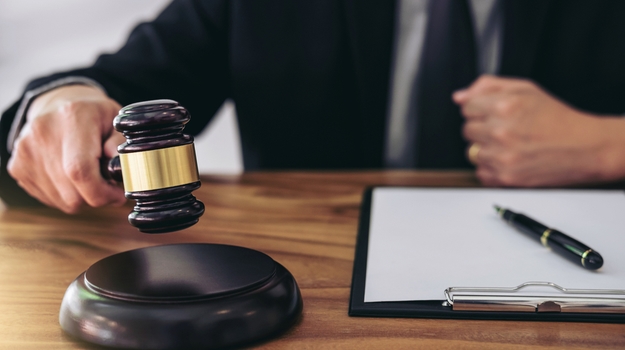 The first of the Insys Therapeutics executives found guilty of violating the Racketeer Influenced and Corrupt Organizations (RICO) Act in May 2019 has been sentenced. Michael J. Gurry, the former Vice President of Managed Markets, was sentenced to 33 months in federal prison on Monday.

In May, Gurry, along with former Chief Executive Officer John Kapoor; Richard M. Simon, the former National Director of Sales; Sunrise Lee, a former Regional Sales Director; and Joseph A. Rowan, a former Regional Sales Director; were found guilty of violating the RICO act, for their role in orchestrating kickback schemes to encourage doctors to boost prescriptions of Subsys, a powerful pain killer. The RICO act is a statute typically used to take on organized crime but in the case of Insys, the government thought it was the appropriate route to go considering the widespread and, now infamous in the realm of pharma marketing and sales, tactics used to boost the sales of Subsys. As BioSpace previously reported, the Insys executives were found guilty of conspiring to bribe physicians to encourage them to prescribe Subsys, a powerful fentanyl-based pain medication, to patients often when medically unnecessary. Subsys was approved to treat the pain many cancer patients exhibit but the Insys team sought to exploit physicians who would be willing to prescribe the medication in a more generous fashion.

That part though was later struck down. This fall, the federal judge who oversaw the case, Allison Burroughs, said the evidence had been insufficient to prove that conclusion that the executives had intended to have physicians prescribe Subsys when it was not needed, NPR, reported. Despite that change in the case, the Insys executives were still guilty of fraud and were denied another trial, according to the report.

Not were the executives found guilty of bribing these physicians with funding that was referred to as “speaker fees,” the executives were found guilty of trying to defraud health insurance providers who were reluctant to approve payment for the drug when it was prescribed for non-cancer patients. As was previously reported, the executives misled insurers regarding the true diagnosis of a patient in order to get approval for Subsys.

Throughout the trial, sordid details of the methods used to persuade the prescribers were brought to light, including having an Insys sales manager perform a lap dance at a Chicago strip club for a doctor the company was trying to woo. Jurors were also introduced to a video from a 2015 sales conference of sales associates dancing with a giant bottle of the addictive fentanyl-based Subsys in a rap music video.

The remaining Insys executives are expected to be sentenced over the next two weeks and conclude by Jan. 23. Kapoor's sentencing is slated for Jan. 23, NPR reported and federal prosecutors are hoping he will be handed 15 years in prison. The government is also seeking six to 10 years for the other executives but with the 33 months that Gurry received, that may be more in line with the remaining sentences handed down.

Since the executives were found guilty, Insys Therapeutics has been unable to shake off the dark shadows of its past leadership team. In July, the company filed for bankruptcy after agreeing to pay about $225 million in fines to the federal government over the fraudulent marketing schemes. The company entered into bankruptcy protection in order to facilitate the sale of all of the company’s assets.

Arizona-based Insys isn’t the only company that may have criminal charges filed against executives. In April, the government filed criminal charges against executives at the Rochester Drug Co-Operative, Inc. (RDC), one of the 10 largest pharmaceutical distributors in the United States for their roles in distributing opioid medications. According to the government charges, from 2012 through March 2017, RDC violated federal narcotics laws by distributing dangerous, highly addictive opioids to pharmacy customers that it knew were being sold and used illicitly. Executives from the now-shuttered Miami-Luken, a pharmaceutical distributor, has also had criminal charges brought against them.

In November, the federal government hinted at the possibility of brining criminal charges against companies that helped create and foment the opioid crisis. Companies, such as Johnson & Johnson and Teva, are facing questions in a criminal probe regarding their marketing distribution practices related to the sale of opioids. These companies, along with numerous others, have been embroiled in multiple civil trials that have already seen several multi-million dollar settlements.  In July 2019, information from a federal database showed that 76 billion opioid pills were sold in the United States between 2006 and 2012.