Lap Dances From an Insys Sales Executive Were Part of Insys' Practices to Boost Sales of Subsys, Trial Shows 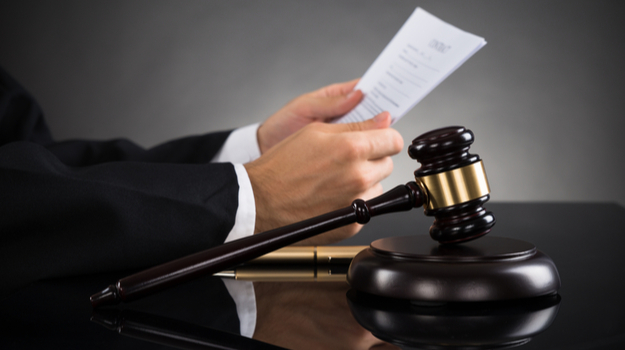 As the trial against John Kapoor and other former executives at Insys Therapeutics continues, more sordid details of an aggressive campaign to boost sales of the company’s fentanyl-based sublingual spray for cancer pain are being brought to light.

In a Boston courtroom on Tuesday, Holly Brown, a former Insys sales representative based in Chicago, described how one company employee, a former stripper, gave a private lap dance to a doctor as the reps urged him to prescribe the company’s pain treatment Subsys more often. Brown said her boss, Sunrise Lee, was hired to be a “closer” for Subsys sales. The sales team took the doctor out for a night on the town, which ended up at a high-end strip club in Chicago. There, Lee sat on the doctor’s lap and allowed his hands to wander over her body as she swayed to the music, Brown testified, according to Bloomberg’s coverage of the first full day of the trial.

Prosecutors, Bloomberg said, wanted to begin the trial with some of the more salacious examples of the ends to which the Insys sales teams went to boost sales of Subsys. The Boston trial against Kapoor isn’t the first time that allegations made against sales teams involved wild nights on the town. In 2016, Insys executives provided one Florida doctor “the night of his life” in order to boost sales of the potent pain reliever. That doctor immediately boosted his prescriptions for Subsys and also received $260,050 in payments over three years for participating in the “Insys speaking program,” which has been described as a kickback scheme. Subsys sales executives across the country have been charged with excessive practices to boost sales as the government clamps down on the kickback allegations.

Kapoor and the other executives from Insys, along with members of its sales team, have been charged with orchestrating kickback schemes to encourage doctors to boost prescriptions of Subsys, Along with Kapoor, the government charged former CEO and company president Michael Babich, Alec Burlakoff, the former vice president of Sales; Richard Simon, the former national director of sales; former regional sales directors Sunrise Lee and Joseph Rowan; and former vice president of managed markets, Michael Gurry. The trial, which began Monday, is expected to last for three months.

Bloomberg noted that Burlakoff is expected to testify that he hired the former stripper Lee, despite her having no experience in pharmaceutical sales. In her testimony Tuesday, Brown noted that Lee always dressed in a suggestive manner in order to sway doctors. Citing court documents, Bloomberg said Burlakoff was quoted by whistle-blowers as saying “doctors really enjoyed spending time with her and found Sunrise to be a great listener.”

Burlakoff and Babich have pled guilty to charges tied to the racketeering and conspiracy case and have agreed to cooperate with the government, Bloomberg said. They are expected to be star witnesses for the government during the trial.

The government first brought charges against the former Insys executives in December 2016. The government’s charges against Kapoor and the other executives are part of a long list of charges against the company. In 2015, the company faced allegations it falsified data in order to sell more of its painkiller. Also in 2015, the Southern Investigative Reporting Foundation (SIRF) issued a report alleging an Insys unit has been misleading insurers to change documents to state that pain was cancer-related in order to prescribe Subsys.