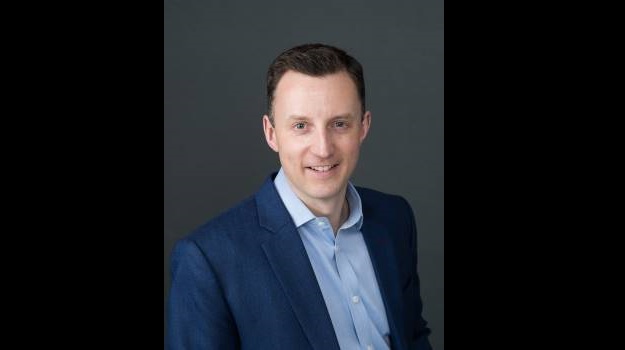 As 2022 begins, Aptinyx is laying the groundwork to transition to a late-stage clinical, and one day commercial, company. At the same time, its senior leadership also is transitioning into new roles. Andy Kidd, M.D., takes on the role of CEO after stints as Aptinyx’s president and chief operating officer, and before that, chief commercial officer. Norbert Riedel, Ph.D., who led the company for years as CEO, is stepping back from day-to-day execution into a new role as executive chairman.

Aptinyx is focused on brain connectivity issues in order to address chronic pain and post-traumatic stress disorder (PTSD) – “disorders that are characterized by the lack of normal control and connectivity in parts of the brain,” Kidd told BioSpace.

The work focuses on developing small molecule drugs that modulate (rather than block or over-activate) the brain’s NMDA receptors, which affect synaptic plasticity and thereby the connections between neurons and brain regions. “NMDA receptors are involved in cognition, executive function, working memory and what we pay attention to,” he said. This work also is being applied to cognition in Parkinson’s disease and eventually other disorders of the brain and nervous system.

Taking an NMDA approach is relatively rare among biopharma companies. “One or two companies have similar drugs in earlier stages of development,” Kidd said. “Ours are interesting in how they modulate the receptors. We designed them to bind to a particular part of the NMDA receptor, so they are very specific in their action…very targeted and very safe.”

This specificity is linked to their effect on the NMDA receptors’ performance. “NMDA receptors are across the nervous system and do many things in the body. Our molecules have their greatest effects on NMDA receptors that function below the normal level.”

“NYX-2925 for chronic pain – diabetic neuropathy and fibromyalgia – is top of mind at the moment,” Kidd said. Two Phase IIb studies will read out in early 2022 for this indication. NYX-458, for cognition, also will have a Phase IIa read out later this year, and a Phase IIb study of NYX-783 for PTSD launched before Christmas.

As incoming CEO, Kidd has multiple advantages over any other candidate. Not only does he know the company thoroughly and have a good working relationship with the executive team, board of directors, investors and investment analysts, he also has extensive experience in drug development and commercialization. That combination will be invaluable as the company moves forward.

“The transition into the CEO role has occurred gradually,” Kidd said. “Norbert and I worked together at Baxter International. We’ve known each other for about 15 years and have prepared for this transition throughout the past year.

“We have a lot happening in 2022 – meetings with the FDA, preparing for Phase III trials and scaling up. We’re moving quickly, so we wanted to ensure the leadership transition was largely completed before we entered that period.”

His new role hasn’t presented any real surprises, but, “One thing I’ve noticed is that with each new role you start to pay attention to different things," he said. "It may sound trivial, but as CEO, you walk around the office and have the perspective that there’s nothing you should not take responsibility for, from what’s up on the walls, to having the right investors, to having a great working environment for the team. It’s the mix of high-level strategies and small, everyday things that makes a difference to those coming into the office and working every day.”

Right now, Kidd’s focus is on ensuring the company is ready for late-stage development and commercialization activities. “Our goal is to get these drugs to patients. We’re already a good way down that road, but it’s a long road,” he said. “We’re taking everything one step at a time.”

There’s a logical process to each aspect of preparing for commercialization, but change is inherent and, for Kidd, is a good thing. “I always loved the underlying science and humanity of medicine. In fact, that’s the most common answer doctors give as to why they go to medical school. I found that as I was training in medicine, and as a practitioner, you gravitate to spending most of your career in a specialty or sub-specialty. That makes sense, but I thrive on variety and new things,” he said. Clinical practice, therefore, wasn’t for him.

“I looked at other things I could do with a medical background, and the biopharma industry appeared to provide an extremely varied career. Since then, I’ve worked in R&D, finance, M&A, sales and marketing….The things we are trying to do are highly complex and collaborative and require input from disparate disciplines, so it’s very stimulating.”

Kidd loves the outdoor life spent with his family – his wife and two children – and tries to return with them to his native Scotland each year. With his children still in their pre-teen years, “Pandemic aside, I am sure we will look back on this as one of the best times of our lives,” he said.