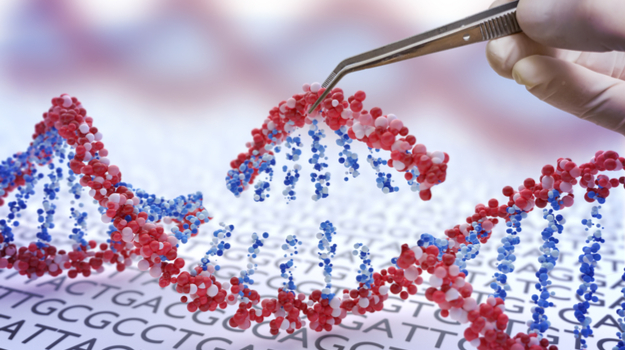 On Monday, November 26, He Jiankui, a researcher at the Southern University of Science and Technology of China in Shenzhen, announced he had used CRISPR gene editing within the context of in vitro fertilization, to modify the CCR5 gene in human embryos. He did this for seven couples, and, he went on to announce a set of twins had been born. A later announcement indicated there was another pregnancy.

The research was widely condemned worldwide for violating moral and ethical standards. It was, basically, unnecessarily performing research on human embryos that became babies using technology that was not thoroughly understood. Not only are there concerns about off-target CRISPR edits that could cause unforeseen problems, such as cancer, but, because He performed the procedures on the embryos, those genomic changes will be passed onto the children’s children, if and when they are ready to have children of their own.

In an in-depth investigation, STAT reported on behind-the-scenes activities at the Second International Summit on Human Genome Editing at the University of Hong Kong, where He made his announcement.

One surprise was how much researchers around the world did—and did not—know about He and his research. For example, prior to his announcement at the meeting, He Jiankui had requested a private meeting with Jennifer Doudna, the University of California, Berkeley researcher who is most often identified as being the discoverer of CRISPR (along with Emmanuelle Charpentier, and in a competing patent claim, MIT-Harvard Broad Institute scientist Feng Zhang).

Doudna met He in the lobby of the hotel where the summit was being held. “His demeanor was an odd combination of hubris and naivete,” Doudna told STAT. “He was very confident in his work, and totally not understanding what an explosion he had caused.”

And in the three weeks since the announcement, a number of scientists have come forth explaining they had been contacted by He over the years, usually in oblique discussions about his intentions. Often he seemed to discuss ethical considerations, but clearly ignored them. As STAT reports, “He claimed he had been transparent about working toward pregnancies with CRISPR’d embryos—yet never breathed a word about those plans in his talks at science meetings and stalled for months before listing his experiment on an official Chinese registry of clinical trials.”

STAT portrays He as being both driven and “fame-seeking,” but whose work many in the field felt was “second rate.” In conversations with other scientists, He brought up Dr. Robert Edwards, who was involved in the world’s first test tube baby and who won the 2010 Nobel prize.

Although He had made his announcement via a YouTube video, he indicated to Doudna that he planned to talk instead about the ethics of CRISPR editing and his work on mouse, monkey and human embryos, but not mention that his research had actually resulted in babies being born. And when He did make the announcement, he seemed shocked at the negative response and criticism.

Doudna and three of the organizers of the summit arranged a dinner with He at the hotel and focused dozens of very technical questions on the researcher. He lasted an hour under the scrutiny, STAT reports, before he threw some cash on the table “and stormed off. Fearful of his safety, he left the Meridien and checked into another hotel.”

Although apparently He very much wanted to be part of the “elite” of CRISPR researchers, in the last two years, when he gave some talks and presented findings at meetings, Doudna said, “He wasn’t seen as a major player.”

An unidentified scientist who attended one talk He gave told STAT that He’s “science was sloppy and the application unnecessary.”

Numerous researchers are now looking back at earlier meetings with He and seeing all the seeds of the recent scandal. Sheila Jasanoff, with Harvard University, told STAT, He “clearly did not have deep misgivings about plugging ahead with gene editing, and I sensed no exposure to the sorts of ethical debates our guys are routinely involved in.”

It’s difficult to know whether the many researchers who are now condemning He’s work and are remembering the clues to what he intended to do are editing their memories. Most admit that He’s work itself was unmemorable, although many mention that his questions and suggestions about editing human embryos as being a little peculiar.

For example, computational biologist Max Haeussler of UC Santa Cruz, who shared a double room with He at a conference, remembered He discussing the dangers of editing human embryos. “I found this remark already strange back then,” Haeussler told STAT. “Everyone in the room knew that it’s out of the question to edit human embryos. Why mention that it’s dangerous?”

He’s research will likely go down in history as a landmark—but not really in a good way. As scientists have had a chance to take a closer look at his research—which has yet to be published—the strongest sense, aside from the moral and ethical concerns, is of how deeply flawed the work is.

He has gone into hiding, apparently, and investigations are being launched by Southern University, the Chinese government, the U.S. National Institutes of Health (NIH) and others. He has been in contact with some researchers since, who indicate he is upbeat and believes he will be vindicated by the official investigations and by history.

Only time will tell.