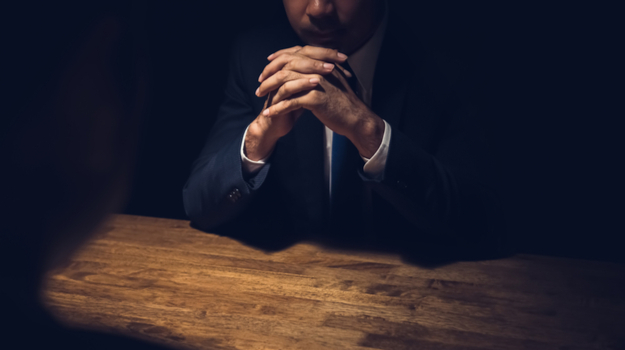 Both the Chinese and American researchers involved in using CRISPR-Cas9 gene editing to alter the DNA of embryos for seven couples in China are under investigation. The work has also received near-universal condemnation worldwide.

He Jiankui, who headed the research, is a researcher at the Southern University of Science and Technology of China in Shenzhen. He studied at Rice University in Houston and Stanford University before returning to China. One of his professors at Rice was Michael Deems, who worked with He Jiankui on the project in China and holds a small stake in two commercial genetics companies He Jiankui has launched.

Rice University announced after the news broke that it had opened a “full investigation” into Deems’ involvement. In a statement, Rice University indicated it was not aware of the research ahead of time and that “regardless of where it was conducted, this work as described in press reports violates scientific conduct guidelines and is inconsistent with ethical norms of the scientific community and Rice University.”

He Jiankui and his research are also affiliated with Shenzhen Harmonicare Women’s and Children’s Hospital. After the news broke, the Southern University of Science and Technology denounced the research, issuing a statement saying it was a “serious violation of academic ethics and standards.”

The Southern University also claims to have been unaware of the project and is launching an investigation by an independent committee. He Jiankui had started a three-year leave of absence from the university in February.

What He Jiankui and Deems did was use CRISPR gene editing on human embryos to disable a gene called CCR5. This gene creates a protein that allows HIV to enter a cell. All the men of the seven couples had HIV and the women did not. The gene editing’s goal wasn’t to prevent transmission of HIV, said He, because all seven men’s HIV infections were strongly suppressed by standard HIV drugs.

When the embryos were 3 to 5 days old, several cells were examined for editing. At that time the couple could choose whether to go ahead and use edited or unedited embryos for their attempted pregnancies. In total, 16 of 22 embryos were edited and 11 were used in six implant attempts.

He Jiankui announced the research and the apparently successful birth of twins, Lulu and Nana, from one set of parents. The announcement came at an international conference on gene editing being held in Hong Kong. The research has not been published in a peer-review technical journal, although some researchers reviewed the work.

The announcement, which is a landmark in science, is also deeply troubling. Ethicists called it “monstrous,” “unconscionable,” and “a grave abuse of human rights.”

More than 100 Chinese scientists signed a letter condemning the research. In part, the letter said, “The bioethics approval for this so-called ‘study’ was insufficient. We can only use the word ‘crazy’ to describe the experiment conducted directly on human beings. We have much to debate inside the scientific community about the accuracy and off-target-effects brought by CRISPR. Any attempts to alter human embryos and make babies carry huge risks without strict examination beforehand.”

Paula Cannon of the University of Southern California, who is involved in clinical trials that stop the functioning of CCR5 as a way to treat HIV, told The Atlantic, “Was this a reasonable thing to do? I would say emphatically no. The idea that being born HIV-susceptible, which is what the vast majority of humans are, is somehow a disease state that requires the extraordinary intervention of gene-editing blows my mind. I feel like he’s appropriating this potentially valuable therapy as a shortcut to doing something in the sphere of gene-editing. He’s either very naïve or very cynical.”

Cannon’s work, and other clinical trials using CRISPR, are underway in the U.S. and Europe but are not being conducted on embryos. They are performed in the cells of adults with specific diseases.

Michael Snyder, director of Stanford University’s Center for Genomics and Personalized Medicine, held an in-depth interview with the Los Angeles Times, and noted, “What was reportedly done in China is called germ-line editing. It makes changes in reproductive cells that would be passed down to future generations. That’s potentially more consequential than introducing a gene change in a single individual. So understanding any downstream risks of gene-editing is even more important.”

The primary risks are off-target effects—that the gene edits might have affected other areas of the fetuses’ genomes with unintended consequences. In addition, although rare, people born without the CCR5 gene appear to have no ill effects, but the complete functioning of the gene is not understood.

Snyder also points out that a safer approach doing the same work would have been to make the change in the CCR5 gene in adults. “You can actually take cells from a person at risk of contracting HIV and change them. You don’t have to do it in the embryo.”

The apparent bottom line for most researchers is that doing this research in human embryos was both medically unnecessary and scientifically premature. Snyder observes that when in vitro fertilization was introduced, it was highly controversial, but is now routine. He also says that if the children have negative side effects—and at this time only one of the girls appears to have been completely successful in turning off both copies of the CCR5 gene, which has not been verified—it could set the entire field back, as well as health problems for the girls.

“This happened years ago when gene therapy was very young,” Snyder said. “In one of the earliest experiments, the fix affected genes that caused cell proliferation, and the result was that it induced cancer.”