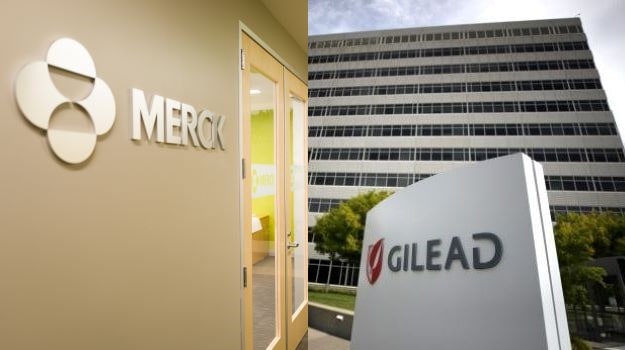 Two of the biggest drugmakers in the HIV space are teaming up on a combination therapy that has the potential to be a game-changer for patients diagnosed with the dangerous virus for which there is no known cure.

Both medicines have long half-lives and have demonstrated activity at low dosages in clinical studies, which support development as an investigational combination regimen with long-acting formulations, both oral and injectable, the companies announced this morning. The combination therapy is expected to begin clinical trials in the second half of 2021.

It is thought the combination of the two medications could provide a new option of less frequent dosing for HIV patients. According to HIV data from the United Nations, in 2019, 1.7 million people were infected with HIV and 690,000 died of AIDS-related causes. Currently, many HIV patients are bound to a strict medication schedule.

Over the past few years, companies like Merck and Gilead Sciences, as well as ViiV, an HIV-focused company established through a partnership of GlaxoSmithKline, Pfizer and Shinogi Limited, have made advances in developing combination therapies.

In 2018, Merck won regulatory approval in the United States for two HIV treatments, Delstrigo, a once-per-day triple combination treatment, and Pifeltro, a new non-nucleoside reverse transcriptase inhibitor. Gilead is a leader in the development of HIV treatments. With Truvada, Atripla and Stribild, Gilead Sciences has three of the top four best-selling HIV drugs on the market. In 2018, Gilead also saw the approval of Biktarvy, a triple combination treatment of bictegravir and emtricitabine/tenofovir alafenamide for the treatment of HIV-1.

“Through this agreement with Merck, Gilead is reinforcing its long-term role in transforming HIV care,” Daniel O’Day, chairman and chief executive officer of Gilead Sciences said in a statement. “Our work in HIV over the past decades has been shaped by listening to people living with HIV and the physicians who treat them. Now we are taking the same approach with long-acting therapies, combining the most advanced science from both companies to accelerate progress.”

Merck Chairman and CEO Kenneth C. Frazier called the collaboration with Gilead an “important step forward” in the fight against HIV. He said pairing islatravir with lenacapavir is part of the company’s strategy to harness the full potential of islatravir for the treatment of HIV.

Islatravir, which was licensed by the Yamasa Corporation in 2012, is also being studied in combination with doravirine, Merck’s non-nucleoside reverse transcriptase inhibitor (NNRTI), in adults with HIV-1 infection who had not previously received antiretroviral treatment.

Islatravir, formerly MK-8591, is Merck’s investigational nucleoside reverse transcriptase translocation inhibitor (NRTTI) that prevents nucleotide binding and incorporation to the DNA chain and prevents nucleotide incorporation even in the event of translocation. It is currently being evaluated for the treatment of HIV-1 infection in combination with other antiretrovirals as a once-per-day treatment. Islatravir is also being studied for preexposure prophylaxis (PrEP) of HIV-1 infection as a single agent across a variety of formulations.

Gilead Sciences’ lenacapavir is a novel investigational capsid inhibitor that interrupts the activity of HIV capsid, a protein that surrounds and protects the virus’ genetic material and essential enzymes. In in vitro studies, lenacapavir interrupts multiple distinct stages of the viral lifecycle, potentially preventing the virus from becoming infectious and gaining access to uninfected cells.

Data from an ongoing Phase I study support subcutaneous dosing twice per year of lenacapavir for both HIV treatment and prevention.

Under the terms of the agreement, Gilead and Merck will work as partners, sharing operational responsibilities, as well as development, commercialization and marketing costs, and any future revenues. The collaboration will initially focus on long-acting oral formulations and long-acting injectable formulations of these combination products.

“This collaboration with Gilead brings together two companies dedicated to the fight against HIV to develop potential new long-acting treatment options,” Frazier said in a statement.