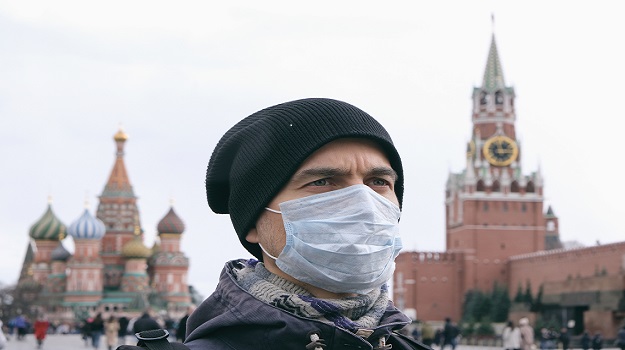 Although the World Health Organization has indefinitely suspended the evaluation of Sputnik V due to the invasion of Ukraine, new data shows the Russian-made vaccine provides protection against COVID-19 in HIV patients who are undergoing antiretroviral therapy.

The data, published in The Lancet, shows that Sputnik V is the “world’s first COVID vaccine with proven efficacy for people living with HIV,” the Russian Direct Investment Fund said in a statement. The article presents the first results showcasing the efficacy of a COVID-19 vaccine in HIV patients. The study showed that Sputnik V demonstrated a 79% efficacy in HIV patients. The vaccine’s efficacy against hospitalization was more than 90%. Sputnik V is also more than 97% effective against the development of moderate or severe disease among people living with HIV.

Sputnik V is an adenoviral vector vaccine that has been genetically designed to infect cells in order to make those cells manufacture spike proteins of the SARS-CoV-2 virus.

The analysis was conducted by the Gamaleya Center and Moscow City Center for AIDS Prevention and Control.

Galapagos NV: Belgium-based Galapagos NV and its partners received approval from the Japanese Ministry of Health, Labor and Welfare for a second indication for Jyseleca (filgotinib) as a treatment for patients with moderate-to-severe active ulcerative colitis. Jyseleca is a once-daily, oral JAK1 preferential inhibitor. Approval for this indication was based on the Phase IIb/III SELECTION study that showed Jyseleca was safe and effective as an induction and maintenance therapy in UC. Jyseleca was previously approved in Japan for the treatment of rheumatoid arthritis.

ten23 health: Switzerland’s ten23, a global contract development and manufacturing organization, announced an expansion of swissfillon’s manufacturing site in Visp, part of Switzerland. The site currently offers sterile manufacturing of pre-filled syringes, vials, and cartridges for clinical trials and market supplies. To enable further growth of its existing production capacity, ten23 health is investing in an expansion of supporting areas in an adjacent building. This expansion will provide an additional 1000 square meters of clean-room space for visual inspection and cold storage and also include clean-room space for additional services, such as supporting device assembly operations and labeling and secondary packaging. The financials were not disclosed.

eTheRNA Manufacturing: Belgium’s eTheRNA Manufacturing is introducing a new lipid nanoparticle formulation development and production service to support the discovery and early pre-clinical development of RNA-based therapeutics and vaccines. The new service has been devised to allow customers to maximize the delivery of their RNA products.

CSL Behring: Germany-based CSL announced the European Medicines Agency accepted its Marketing Authorization Application for etranacogene dezaparvovec (EtranaDez) under its accelerated assessment procedure. Etranacogene dezaparvovec is an investigational adeno-associated virus five (AAV5)-based gene therapy in development as a one-time treatment for hemophilia B patients with a severe bleeding phenotype. If approved, etranacogene dezaparvovec will provide people living with hemophilia B in Europe with the first-ever gene therapy treatment option that significantly reduces the rate of annual bleeds after a single infusion. The MAA is supported by positive findings from the pivotal HOPE-B trial.

Prothena Corporation: Ireland-based Prothena announced the U.S. Food and Drug Administration cleared the investigational new drug application for PRX012, a potential best-in-class anti-amyloid beta antibody in development for the treatment of Alzheimer’s disease. The company imitated a Phase I study in healthy volunteers and patients with AD. A Phase I multi-ascending dose is expected to begin by the end of 2022. PRX012 is a next-generation, high binding potency antibody. Preclinical data showed PRX012 binds to beta amyloid plaques and oligomers with high avidity, enabling effective levels of Aβ plaque occupancy at relatively lower dose ranges, the company said.

Sino Biological: China-based Sino Biological announced a CRO partnership with Ainnocence, Inc., which is based in San Diego. Sino Biological will add Ainnocence’s artificial intelligence-based prediction technology to its current antibody development CRO services offering. This empowers Ainnocence, using computer-based algorithms, to accurately design antibodies to be developed and manufactured by Sino for clients worldwide. Financial terms were not disclosed.

Adocia: Also based in France, Adocia announced the completion of the sale of its laboratory and office complex located in Lyon. The deal brought the company more than €20 million. The company is also selling the headquarters it acquired in 2016 to an asset management company. Adocia will remain in the building as a tenant.

MaaT Pharma: Another Lyon, France-based company, MaaT Pharma, dosed the first patient in a pivotal Phase III trial assessing MaaT013 in patients with acute Graft-versus-Host-Disease with gastrointestinal involvement (GI-aGvHD) who are refractory to both steroids, the standard of care first-line treatment and ruxolitinib as a second-line treatment. The Phase III ARES study will evaluate the safety and efficacy of MaaT013 as a third-line, salvage therapy in GI-aGvHD patients.