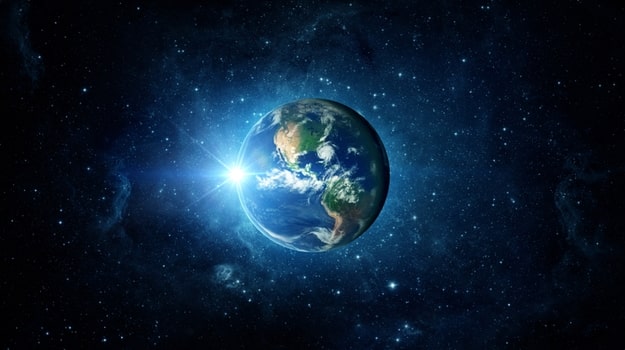 “We are very excited to enter into this partnership with WuXi ATU,” Jennifer Chow, chief executive officer of Chimeric Therapeutics said in a statement. “With its extensive experience in cGMP manufacturing and analytical testing, as well as its seamless platform process for CAR T-cell production, WuXi ATU is uniquely positioned to support the acceleration and expansion of the CHM 1101 and CHM 2101 development programs.”

Trinity Biotech: Ireland’s Trinity Biotech secured a $45 million strategic investment and partnership with Korea-based MiCo Ltd., an in vitro diagnostics company. Funds are expected to be used to repay an $81.25 million loan and reduce annual interest costs of $4 million. Trinity also hopes that this investment will facilitate its exploring lower-cost debt funding options.

SciRhom Gmbh: Based in Germany, SciRhom nominated the anti-iRhom2 antibody, which will advance into clinical development. This first-in-class drug candidate has demonstrated “outstanding preclinical efficacy” in treating rheumatoid arthritis (RA) and inflammatory bowel disease (IBD). Having completed the comprehensive characterization of the molecule, SciRhom will now enter into IND-enabling activities. SciRhom’s drug candidate inhibits the cell surface-localized protein iRhom2, a critical regulator of the protease TACE. By interfering with this complex, the anti-iRhom2 antibody allows the simultaneous blockade of several pro-inflammatory signaling pathways without impairing protective functions.

Captor Therapeutics: Based in Poland, Captor announced the molecular targets of one of its core pipeline projects, which focuses on developing TPD therapy for hepatocellular carcinoma (HCC). Preclinical data have shown that CT-101 induces degradation of Eukaryotic peptide chain release factor GTP-binding subunit ERF3A (GSPT1), Sal-like protein 4 (SALL4) and another undisclosed neo-substrate with an essential function in tumorigenesis.

XORTX Therapeutics: Alberta, Canada-based XORTX, received a no objection letter (NOL) from Health Canada regarding the company’s upcoming XRX-OXY-101 clinical bridging pharmacokinetics study. The study will determine which formulation results in the best circulating oxypurinol concentrations and the effect of food on the formulation. The study is expected to support a New Drug Application filing in the U.S. and Europe.

Revive Therapeutics: Toronto’s Revive Therapeutics announced the Data Safety and Monitoring Board will assess the current clinical and safety data of the ongoing Phase III study of Bucillamine, an oral drug with anti-inflammatory and antiviral properties, in patients with mild to moderate COVID-19 in order to advise whether or not the trial should be halted early due to efficacy.

Numinus Wellness: Across Canada in Vancouver, Numinus Wellness announced plans to acquire all outstanding shares of Novamind Inc. for $26.2 million. The combined company will operate 13 wellness following the Transaction to become a leading psychedelic-assisted therapy provider in North America.

Achilles Therapeutics: Based in the U.K., Achilles announced the manufacturing expansion of its facility at the Cell & Gene Therapy Catapult in Stevenage and received the go-ahead from the UK Medicines and Healthcare products Regulatory Agency. The Catapult facility is now GMP certified to produce clinical grade doses of cNeT. The approach will initially support Achilles’ proprietary VELOS manufacturing process. Separately, the company entered into a partnership agreement for clinical manufacturing with the Center for Breakthrough Medicines in Pennsylvania.

Recce Pharmaceuticals: Back Down Under, Recce Pharmaceuticals announced that the Intellectual Property Department of the Hong Kong Special Administrative Region granted a patent for its “Anti-Virus Agent and Method for Treatment of Viral Infection,” which furthers marketing and manufacturing exclusivity to February 2037.

MediWound: Israel-based MediWound announced data from its Phase II study of EscharEx was highlighted in a poster and oral presentation at the 35th Symposium on Advanced Wound Care (SAWC) spring conference. The poster entitled: “Results from an Ongoing Open Phase 2 Study Assessing the Safety, Efficacy and Pharmacological Effects of Bromelain-based Enzymatic Debridement on Biofilm, Microbial loads and Cytokines in patients with DFU and VLU,” featured data from an ongoing Phase II study that showed EscharEx to debride wounds and promote wound area reduction, while reducing biofilm and bacterial bioburden safely and effectively.

Sotio Biotech: Sotio, which is based in Prague, announced interim safety and efficacy results from the ongoing Phase 1/1b AURELIO-03 study of SOT101, an IL-15 superagonist, in combination with Keytruda in patients with advanced/metastatic solid tumors. The data showed that the combination was well tolerated, and most patients saw a clinical benefit.

Highlight Therapeutics: Based in Spain, Highlight announced positive results from a Phase II study of intratumoral administration of BO-112 with Keytruda in patients with advanced melanoma whose disease had progressed on first-line anti-PD1-based therapy. BO-112 is a dsRNA agonist targeting anti-PD1 resistance, which has demonstrated anti-cancer activity in previous Phase Ib studies.

CDR-Life Inc.: Switzerland-based CDR-Life closed a $76 million Series A financing round that will support the advancement of its lead program, CDR404, a first of its kind dual MAGE-A4 T cell engager which targets solid tumors across multiple indications. The finances will support the development of CDR404 through potential clinical proof-of-concept readout as well as expansion of the pipeline leveraging the company’s M-gager technology. The Series A was led by Jeito Capital and RA Capital Management. Other participants include Omega Funds.