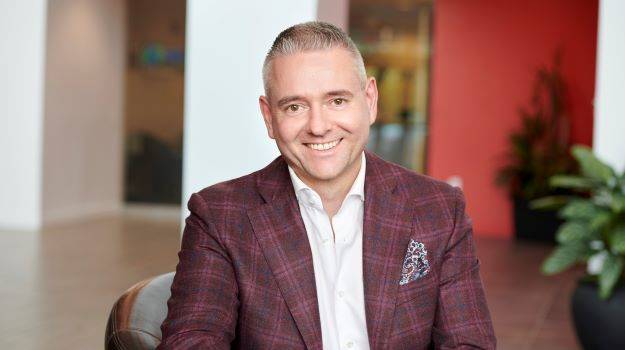 Gene therapy is often thought of as a one-time-only treatment, but for non-integrating therapies (which don’t alter the genes or integrate into the genome) the results aren’t always durable. Redosing, consequently, is a large and growing concern for gene therapy developers and regulators.

“So many of the programs are on the cusp of approval…There’s a wave coming in the next few years,” Dr. Eric Crombez, M.D., CMO of Ultragenyx Pharmaceutical’s gene therapy development unit, told BioSpace.

Ultragenyx is a case in point. This year the company will have two trials in Phase III – one for glycogen storage disease and one for ornithine transcarbamylase (OTC) deficiency. Another is in a seamless Phase I/II/III study for Wilson disease, and a fourth is in Phase I/II development by its partner, Bayer, to treat hemophilia A. Each uses an AAV vector.

In fact, “approximately 95% of gene therapies today use adeno-associated viruses (AAVs) to deliver a transgene to its target. However, because the AAVs are highly immunogenic, you can’t give a second dose,” Carsten Brunn, Ph.D., president and CEO of Selecta Biosciences, told BioSpace. To further compound matters, Brunn added, “up to 40% of patients have antibodies to AAVs, so they are not eligible for gene therapy.” Their immune systems would clear the therapy before it could take effect.

To counter this, Crombez said, gene therapy developers are starting to think about redosing – particularly for pediatric patients – even as they are developing their initial gene therapies.

“The strategic options fall into two buckets – either envelop the same transgene in a new vector the immune system hasn’t seen or modulate the immune system to control the immune response,” Crombez said. “As a field, we’re looking to develop novel vectors. We also are looking at ways to make the vectors less immunogenic and improve targeting of specific tissues.” He did not disclose details.

Selecta, however, touts its biodegradable nanoparticle – ImmTOR™ – as a promising strategy to modulate immune responses to biologics, including AAVs. It’s in Phase III trials with an enzymatic treatment for gout and in earlier stages of development for gene therapy. Both are co-administered with ImmTOR. In the latter, Brunn said, “we are giving AAV plus ImmTOR to prevent the formation of neutralizing antibodies and thus have the potential to give second or third doses of gene therapy.”

ImmTOR is a tolerogenic nanoparticle that encapsulates rapamycin – an immune modulator – with the goal of inducing selective immune tolerance to the AAV capsid, rather than chronic immune suppression. Published data have shown that AAVs administered with ImmTOR can be redosed in animal models.

Data from non-human primates and mice are compelling, Brunn said. For instance, an article published last summer in Molecular Therapy Methods & Clinical Development noted that repeated co-administration of ImmTOR and AAV Anc80 in mice was well-tolerated “and led to nearly complete inhibition of immunoglobulin (Ig)G antibodies to the Anc80 capsid.” A decrease of a key toxic metabolite and a disease biomarker (both found in the plasma) also was seen.

In addition to facilitating redosing with AAVs, “ImmTOR enables 60% higher expression of the transgene in the first dose, so we can give lower doses,” Brunn said, and thus perhaps lower the risk to the patients. “ImmTOR also has liver-protective benefits, which may address some of the safety concerns about AAVs.

“The next step is to use ImmTOR in a treatment regimen to make redosing a clinical reality,” Brunn continued.  “We hope to demonstrate this possibility in humans with a reduction in the formation of neutralizing antibodies in the empty capsid trial readout in Q4.”

Meanwhile, at the end of September, Selecta filed an IND to treat Methylmalonic acidemia (MMA), a rare gene-based disease in children in which the body fails to make a protein needed to process certain amino acids, lipids and cholesterol inside cells. “The liver grows up to 40-fold from birth to adulthood, so you will likely have to redose,” Brunn said. With redosing, “we have the potential to make (gene therapies) a cure.”

Others in the industry are working on other novel strategies. Non-viral vectors to circumvent the immune system are a topic of interest, but they are in the very early stages of development. For example, researchers at New York University are investigating peptides as possible vectors for multiple applications, and researchers at the University of Wollongong in Australia are investigating lipid- and polymer-based nanoparticles, cationic polymers, and exosomes to transfer genes into primary neurons for long-term treatment of amyotrophic lateral sclerosis (ALS). Still others are considering the use of chitosan as a gene carrier.

Regulators are discussing the challenge, too, weighing the risks and benefits of allowing an abbreviated approval pathway using the same transgene with a new vector, Crombez said. “That makes sense because the protein produced by the transgene is what corrects the underlying disease.” For immune modulation, the question is whether it can be done safely and for how long. “Immune suppression is done for organ transplantation, for example.”