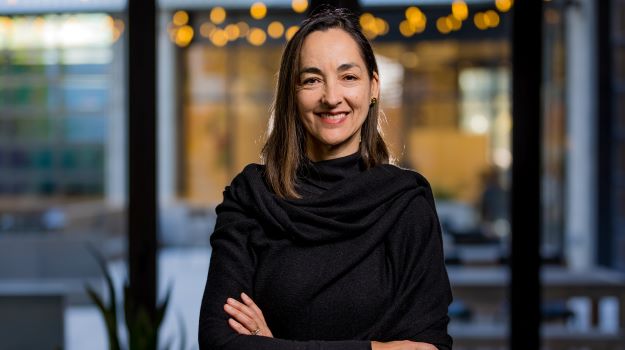 The patients are also showing normal white matter myelination and normalization of motor development – which is of significant importance due to the disease’s tendency to rob children of these milestones.

Maria Escolar, chief medical officer at Forge, told BioSpace she was excited by the data seen so far from the two patients dosed with the gene therapy. Both patients are now over the age of 1 and exhibiting developmental milestones above those receiving only transplant, and the subject with the longer follow up is within children’s typical development.

Escolar presented data from the RESKUE study at the 29th Congress of the European Society of Gene & Cell Therapy.

A Potential Solution to Immune Challenges

She said the gene therapy has been well tolerated with no serious related adverse events. The findings from the study suggest FBX-101 may lessen many of the immune challenges previously observed in other gene therapy approaches.

Krabbe disease, caused by a defect in the GALC gene, causes the breaking down of myelin that protects the nerves. The disease leads to a range of symptoms, including loss of motor function, hearing and vision loss, fevers, seizures and more. The early onset form of the disease that appears in newborns typically leads to death by the age of 2.

Currently, there is no specific treatment for Krabbe disease. Bone marrow transplants have been conducted but it does not correct loss of motor function.

FBX-101 is an AAV gene replacement strategy administered during full myeloablation, a decreasing of bone marrow and immuneablation after infusion of transplanted hematopoietic stem cells.

Forge Biologics Founder and Chief Executive Officer Timothy J. Miller told BioSpace the delivery approach the company has taken with this gene therapy is a first. At the time of administration, a patient doesn’t have a functional immune system and the therapy works unhindered by potential immune response.

Escolar said this approach improves distribution of the GALC throughout the body.

Follow-up in the two children showed an increase in GALC levels and researchers remain hopeful that the gene therapy will continue to maintain those levels.

Current measurements of GALC levels in the CSF and plasma are significantly increased when compared to normal, she said.

FBX-101 delivers a functional copy of the GALC gene to cells in both the central and peripheral nervous systems. The study was undertaken after preclinical data supported the hypothesis that this approach may lessen some immune challenges that have been seen with previous AAV treatments.

Forge reported that Krabbe disease patients who have been treated with FBX-101 are, so far, showing improved motor activity and normal brain development.

“This is translating into not just increased GALC but better outcomes both functionally and in brain development,” Escolar said.

Miller said Forge has a unique perspective on gene therapy because of the company’s dual role.

“We can not only push forward our own therapies but we get to make others for other companies,” he said.

With four FDA approvals for gene therapies so far, Miller predicted 2023 will bring additional gene therapies to the market for a myriad of diseases.