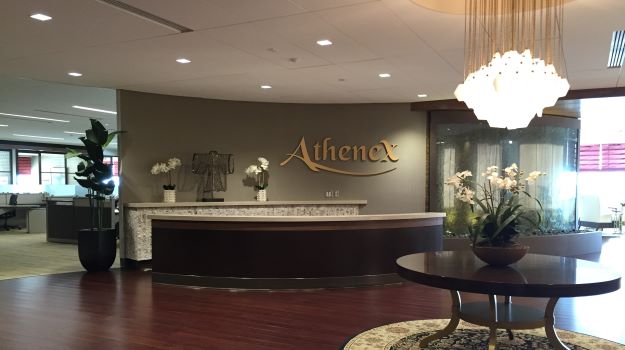 Cancer therapy company Athenex suffered a regulatory setback with the receipt of a complete response letter from the U.S. Food and Drug Administration (FDA), denying an approval for its oral P-glycoprotein pump inhibitor encequidar in combination with paclitaxel for metastatic breast cancer pending an additional clinical study that yields improved toxicity data.

Neutropenic sepsis is a common adverse reaction to chemotherapy and can be life-threatening in patients.

Buffalo-based Athenex’s lead therapy, Klisyri, launched in the U.S. last month following an approval in December for topical treatment of actinic keratosis on the face and scalp. But the company has clearly focused on encequidar, which is being tested in at least eight ongoing clinical trials for a range of solid tumors.

The clinical trials combine encequidar with paclitaxel, irinotecan, docetaxel, topotecan, eribulin, and in some cases in combination with anticancer antibodies like Cyramza, Keytruda, or ramucirumab.

But according to Athena, the FDA questioned the trial’s blinded independent central review, which it said may have had unmeasured bias due to its reconciliation and re-read process. Neither the FDA nor Athena have released the full letter.

The company is planning to work with the FDA to address the issues and try to move forward with an approval in metastatic breast cancer, said Rudolf Kwan, Chief Medical Officer of Athenex.

“We remain committed to the breast cancer community,” said CEO Johnson Lau, adding that “we will identify and undertake the appropriate internal organizational adjustments accordingly” to find the best path forward.

P-glycoprotein inhibitors are approved to treat a host of diseases, and P-glycoprotein plays a known role in tumors developing chemoresistance during cancer progression by aiding in drug efflux. But while several generations of P-glycoprotein have been tested in the clinic for treating cancer, none have yet been approved. Athenex’s stock was down by 52% at midday.