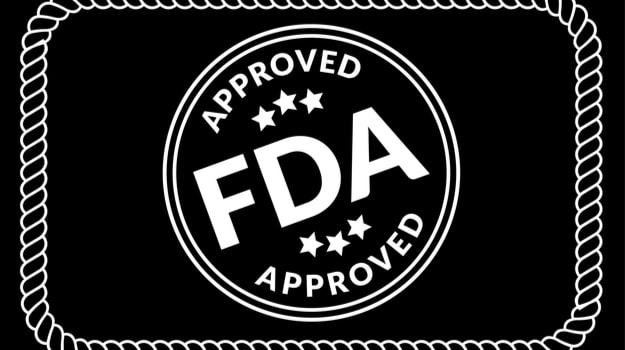 With its second regulatory approval in four months, GlaxoSmithKline is once again making its mark as an oncology-focused pharmaceutical company. Late Wednesday, the U.S. Food and Drug Administration (FDA) approved the company’s in-house developed compound as a fourth-line multiple myeloma monotherapy treatment.

The FDA approved GlaxoSmithKline’s Blenrep (belantamab mafodotin-blmf) as a monotherapy treatment for adult patients with relapsed or refractory multiple myeloma who have received at least four prior therapies including an anti-CD38 monoclonal antibody, a proteasome inhibitor and an immunomodulatory agent. Blenrep includes a multi-faceted mechanism of action and is directed toward BCMA, a cell-surface protein that plays an important role in the survival of plasma cells and is expressed on multiple myeloma cells. The approval marks the first anti-BCMA (B-cell maturation antigen) therapy approved anywhere in the world, GSK’s Therapeutic Area Head of Oncology Axel Hoos told BioSpace in an interview ahead of the regulatory approval.

BCMA as a target was recently discovered and, as it pertains to multiple myeloma, Hoos said it is one of the best targets ever discovered since it’s specific to this type of cancer. Because of that specificity to the disease, Hoos said multiple myeloma patients who have failed on other therapies could find the therapeutic they have been hoping for.

“This is very exciting,” Hoos said. He added that when Blenrep was being assessed by an FDA advisory committee, it received unanimous support in favor of benefit to risk.

Multiple myeloma is the second most common blood cancer and is generally considered treatable, but not curable. In the U.S., more than 32,000 people were diagnosed with multiple myeloma last year and nearly 13,000 people died from the disease. There are numerous multiple myeloma treatments but some patients become resistant to those drugs considered standard of care. When their cancer relapses, they are often retreated with drugs from the same class, which lowers the probability of a patient responding. And that’s why targeting BCMA is so important, Hoos noted.

While GSK shaped the BCMA program to begin as a fourth-line monotherapy, Hoos said the company is conducting 10 additional trials with Blenrep and plans to seek approval as an earlier line of defense. The company is pairing it with other drugs to see what type of improved benefit the combination can yield.

Blenrep was approved under priority review based on data from the Phase II DREAMM-2 program that included heavily pre-treated patients who had actively progressing multiple myeloma that had worsened despite current standard of care. The study showed an overall response rate of 31% to Blenrep. The median duration of response had not been reached at the six-month analysis, but 73% of responders had a response equal to or greater than six months. The full study data was published in Lancet. Overall, patients in DREAMM-2 had more advanced disease, poorer prognosis and performance status and also had a greater number of prior lines of therapy in comparison with patients in DREAMM-1, the first time in human study of Blenrep.

In its announcement, GSK said the FDA may require confirmatory trials to continue to show efficacy. Hoos said that was something the company anticipated when GSK submitted its Biologics License Application.

Blenrep is the fifth major medicine in GSK’s pipeline to win regulatory approval in 2020 and the second in oncology, Hoos said. In April, GSK’s once-daily PARP inhibitor Zejula won approval as a treatment for ovarian cancer. That approval marked Zejula, which the company gained from the $5.1 billion acquisition of Tesaro Oncology in late 2018, as the first once-a-day PARP inhibitor approved for that indication.