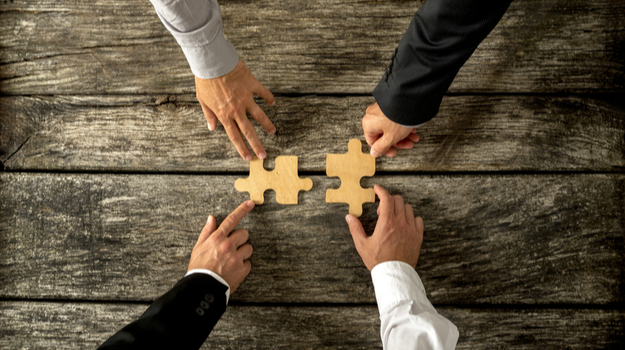 Shares of Tesaro Oncology shot up more than 60 percent in premarket trading after pharma giant GlaxoSmithKline announced it will acquire the Waltham, Mass.-based company for $5.1 billion. For GSK, the deal marks an increased focus on oncology as it focuses on high growth areas.

For GSK, the deal will bolster its pharmaceutical business and accelerate the build of its pipeline and commercial operations in the oncology space. GSK has been streamlining its operations to focus on drug development that will accelerate growth, such as in oncology. Acquiring Tesaro reverses a move that GSK made several years ago when it divested itself of a significant number of oncology products in a $20 billion deal with Novartis. GSK swapped out some oncology assets for Novartis’ vaccine business and a joint share of an over-the-counter consumer healthcare business – a business that GSK acquired in total earlier this year for $13 billion.

From the deal with Tesaro, GSK gains Tesaro’s Zejula, an oral, once-daily PARP inhibitor used as maintenance treatment for ovarian cancer that secured approval from the U.S. Food and Drug Administration (FDA) in 2017. Zejula was the first PARP inhibitor to be approved by the FDA that does not require BRCA mutation or other biomarker testing. In the first three quarters of this year, Zejula has brought in revenue of $166 million in its current approved indication as second-line maintenance treatment for ovarian cancer.

Ovarian cancer is the fifth leading cause of cancer-related deaths in the United States. It is estimated that this year there will be more than 22,000 women in the U.S. diagnosed with the disease and about 14,000 disease-related deaths.

Zejula is currently being investigated as a monotherapy and first-line treatment for ovarian cancer patients across all patient populations. The clinical trials are investigating the benefit of Zejula in patients who carry BRCA mutations as well as the larger population of patients without BRCA mutations whose tumors are HRD-positive and HRD-negative. The first study results are anticipated in the second half of 2019.

Hal Barron, head of R&D at GlaxoSmithKline, said the company has a strong belief that PARP inhibitors are “important medicines that have been underappreciated in terms of the impact they can have on cancer patients.” He said the company is optimistic that Zejula will demonstrate a benefit in ovarian cancer patients beyond the BRCA mutation. He also stressed that the company is excited about Zejula’s other potential uses in targeting additional tumor types. Earlier this summer, Barron unveiled a long-term plan for R&D at GSK that is focused on the immune system and genetics.

In its announcement this morning, GSK said it believes PARP inhibitors such as Zejula can provide “significant opportunities” in the treatment of other types of cancer. Zejula is being studied for potential use in the treatment of lung, breast and prostate cancer, both as a monotherapy and in combination with other medicines, such as Tesaro’s own checkpoint inhibitor, dostarlimab, formerly known as TSR-042. Tesaro has plans to file a BLA next year for TSR-042. Tesaro has several anti-PD1 antibodies in its developmental pipeline, as well as inhibitors of TIM-3 and LAG-3.

GSK Chief Executive Officer Emma Walmsley said the deal for Tesaro will not only strengthen the company’s pipeline, but will also increase GSK’s commercial footprint and provide the company with additional access to “new scientific capabilities.”

“This combination will support our aim to deliver long-term sustainable growth and is consistent with our capital allocation priorities. We look forward to working with Tesaro’s talented team to bring valuable new medicines to patients,” Walmsley said in a statement.

GSK will acquire Tesaro for a price of $75 per share in an all-cash deal. The transaction is expected to close in the first quarter of 2019. Shares of Tesaro closed at $46.38 on Friday, but in early trading today have soared to $74. GSK said it is in discussion with several Tesaro executives to ensure their continued employment with the company when the transaction is complete.