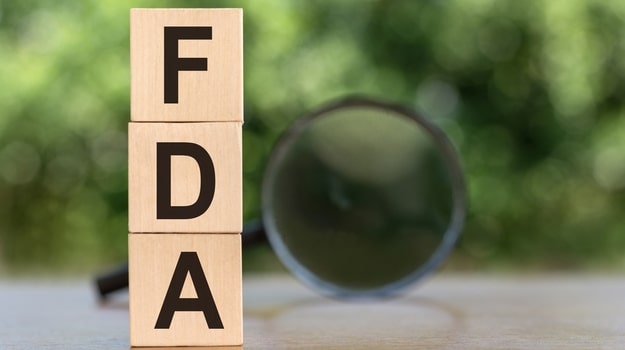 The U.S. Food and Drug Administration (FDA) has a very busy calendar for the end of November and beginning of December. Here’s a look.

Legend Biotech and Janssen Biotech, a Johnson & Johnson company, had a target action date of November 29, 2021, for ciltacabtagene autoleucel (cilta-cel) for relapsed/refractory multiple myeloma. The therapy is an investigational B-cell maturation antigen (BCMA)-directed chimeric antigen receptor T cell (CAR-T) therapy. It is being reviewed under a Priority Review pathway.

The submission was based on data from the pivotal Phase Ib/II CARTITUDE-1 study.

On November 1, the two companies reported the FDA had extended the PDUFA date to February 28, 2022.

“We are working closely with Janssen and the FDA to facilitate an efficient and thorough review of the BLA for cilta-cel,” said Ying Huang, chief executive officer and chief financial officer of Legend. “We remain confident that cilta-cel has shown great promise in patients with relapsed and refractory multiple myeloma, and we are focused on making this therapy available to them in the U.S. as soon as possible.”

The FDA’s Antimicrobial Drugs Advisory Committee (AMDAC) met to discuss Merck and Ridgeback Biotherapeutics antiviral drug, molnupiravir on November 30. On October 1, the two companies reported interim data on the Phase III trial in mild-to-moderate COVID-19. The data was strong, decreasing the risk for hospitalization and death in adults by about 50%. However, at the adcom meeting, the final analysis had the drug at about 30% effectiveness. Two concerns were also discussed. One is whether the drug is safe for pregnant women. The clinical studies didn’t include pregnant women, and because of the unusual way the drug works, there are concerns it might be unsafe for developing fetuses, although not much is known about the risk. The advisory committee said the drug should carry warnings about risk during pregnancy, but would still have the option to prescribe if the benefits and situation outweighed the risks. The Adcom also said the drug should not be used with children. The other issue was concerns it could cause vaccine-resistant COVID-19 mutations, which does happen with antiviral drugs. However, Merck’s research to date hasn’t indicated that occurs with molnupiravir.

“We should worry about the dangers to pregnant women and the dangers of developing resistance,” said Eric Rubin, an infectious disease expert at the Harvard T.H. Chan School of Public Health and editor-in-chief of the New England Journal of Medicine. “But if we have a drug that works, we want that drug. We just have to figure out how best to use it given its limitations.”

Amryt Pharma had a target action date of November 30 for its New Drug Application (NDA) for Oleogel-S10 for treatment of Epidermolysis Bullosa (EB). The drug is a potential treatment for the cutaneous manifestations of Junctional and Dystrophic EB, a rare genetic skin disease affecting young children and adults. There are no approved treatments. It had previously received Fast Track Designation and Rare Pediatric Disease Designation from the FDA.

On November 23, the company reported the FDA had extended the review period for the drug with a new PDUFA date of February 28, 2022. This was in response to new information the agency had requested.

BeyondSpring has a target action date of November 30 for its NDA for plinabulin in combination with granulocyte colony-stimulating factor (G-CSF) for the prevention of chemotherapy-induced neutropenia (CIN). The drug is an IV infused small molecule that acts as a selective immunomodulating microtubule-binding agent (SIMBA), with immune anti-cancer activities. The NDA was based on data from the PROTECTIVE-2 Phase III trial as well as five supportive trials. The trial hit the primary endpoint in the rate of prevention of grade 4 neutropenia in Cycle 1 and hit all key secondary endpoints, including duration of severe neutropenia and absolute neutrophil count nadir.

CTI BioPharma has a target action date of November 30 for its NDA for pacritinib for myelofibrosis patients with severe thrombocytopenia. It is being evaluated under Priority Review. The NDA was based on data from the Phase III PERSIST-2 and PERSIST-1 and the Phase II PAC203 trials. The drug is an oral kinase inhibitor with specificity for JAK2, IRAK2, and CSF1R, but not JAK1.

VBI Vaccines has a target action date of November 30 for its 3-antigen prophylactic hepatitis B vaccine candidate for prevention of infection caused by all known subtypes of the hepatitis B virus (HBV) in adults. The BLA is supported by data from the two Phase III trials, PROTECT and CONSTANT, as well as other relevant data.

At the company’s third-quarter report on November 8, Jeff Baxter, VBI’s president and chief executive officer said, “The third quarter of 2021 was a notably busy and productive time as we support the ongoing regulatory reviews of our prophylactic 3-antigen HBV vaccine candidate, prepare for the potential launch of this candidate in the U.S., Europe, and Canada, and advance both our immunotherapeutic vaccine candidates against GBM and chronic HBV, as well as our coronavirus pipeline, with the objective of creating vaccines that provide long-term breadth of protection with good safety and tolerability profiles.”

Exelixis has a target action date of December 4 for its supplemental NDA (sNDA) for cabozantinib in differentiated thyroid cancer. The sNDA is based on data from the COSMIC-311 trial. COSMIC-311 compared Cabometyx to placebo in patients with radioactive iodine-refractory differentiated thyroid cancer patients who progressed after up to two previous VEGFR-targeted therapies. At a planned interim analysis, the drug met one of the trial’s primary endpoint, showing improvement in progression-free survival.

Merck has a target action date for its supplemental BLA (sBLA) of December 4. The sBLA is based on interim analysis of the Phase III KEYNOTE-716 trial. The drug, an anti-PD-1 checkpoint inhibitor, hit the primary endpoint of recurrence-free survival (RFS) for adjuvant treatment of patients with surgically resected high-risk stage II melanoma. It was granted Priority Review.