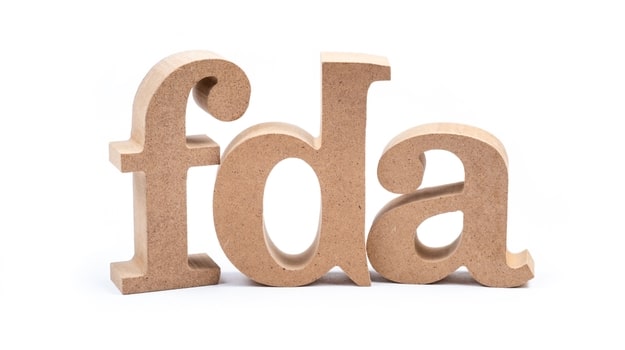 Although August is a busy month on the U.S. Food and Drug Administration (FDA)’s calendar for PDUFA dates, this week’s dates were almost all approved ahead of schedule. Here’s a look.

Fennec Pharma, based in Research Triangle Park, North Carolina, has a target action date of August 10 for its New Drug Application for Pedmark (a unique formulation of sodium thiosulfate) for ototoxicity induced by cisplatin chemotherapy in patients one month to less than 18 years of age with localized, non-metastatic, solid tumors.

The Drug is under Priority Review. Cisplatin and other platinum drugs used as chemotherapy agents can cause hearing loss, which is permanent, irreversible and particularly harmful in pediatric cancers.

The drug was evaluated by cooperative groups in two Phase III studies of survival and reduction of ototoxicity, one by The Children's Oncology Group Protocol ACCL0431 and SIOPEL 6. Both trials were completed. The COG ACCL0431 trial enrolled one of five childhood cancers, while the SIOPEL 6 trial enrolled only hepatoblastoma patients with localized tumors.

“The FDA filing acceptance of our NDA and granting of Priority Review represents a significant milestone in the development of Pedmark and we look forward to working closely with the Agency during this review process,” said Rosty Raykov, chief executive officer of Fennec in an April statement when the filing was accepted.

Kite Pharma, a Gilead Sciences company, had a target action date of August 10 for its KTE-X19, a CAR-T cell therapy for adults with relapsed or refractory mantle cell lymphoma (MCL). The agency approved the drug under the name Tecartus (brexucabtagene autoleucel) for that indication on July 24.

Tecartus is the first and only approved chimeric antigen receptor (CAR) T-cell therapy for this indication. It was approved under Priority Review and also had the FDA’s Breakthrough Therapy Designation.

The approval was built on the results of ZUMA-2, a single-arm, open-label trial. In it, 87% of patients responded to a single infusion of the drug. Of them, 62% had a complete response (CR). The drug is approved with a Boxed Warning over the risk of cytokine release syndrome (CRS) and neurologic toxicities, a risk found with CAR-T and other immuno-therapies. As such, the company is required to have a Risk Evaluation and Mitigation Strategy (REMS), which is used to educate healthcare professionals on the therapy’s risks and provide training and certification.

“Despite promising advances, there are still major gaps in treatment for patients with MCL who progress following initial therapy,” said Michael Wang, ZUMA-2 Lead Investigator and professor, Department of Lymphoma and Myeloma, Division of Cancer Medicine at The University of Texas MD Anderson Cancer Center.

Deciphera Pharmaceuticals had a target action date of August 13 for its Qinlock (repretinib) for advanced gastrointestinal stromal tumor (GIST) patients who have received previous treatment with imatinib, sunitinib and regorafenib. The NDA was based on positive data from the first Phase III trial, INVICTUS, in fourth-line and fourth-line plus GIST patients, for whom there were no approved therapies in the U.S. other than avapritinib, which is approved for GIST patients with PDGRFalpha exon 18 mutations only. The FDA approved the drug on May 15.

Margaret von Mehren, chief of Sarcoma Oncology and Associate Director for Clinical Research, Fox Chase Cancer Center in Philadelphia, said at the time, “Today’s approval of Qinlock establishes a new standard of care for patients who have received three prior therapies. GIST is a complex disease and the majority of patients who initially respond to traditional tyrosine kinase inhibitors eventually develop tumor progression due to secondary mutations. In the INVICTUS study, QINLOCK has demonstrated compelling clinical benefit in progression-free and overall survival. QINLOCK is well tolerated and is a crucial new therapy for these patients with a high unmet need.”

Madrid-based PharmaMar and Dublin-based Jazz Pharmaceuticals had a target action date of August 16 for Zepzelca (lurbinectedin) for patients with small cell lung cancer (SCLC) who have progressed after previous platinum-based chemotherapy. The application was under Priority Review. It was built on data from the Phase II monotherapy basket trial, which included analysis of the drug for relapsed SCLC. A total of 105 patients from 39 sites were recruited in Europe and the U.S. The trial met its primary endpoint of Objective Response Rate (ORR). The agency approved the drug on June 15.

The two companies entered into an exclusive license agreement in December 2019 for the drug, which went into effect in January 2020. This granted Jazz commercial rights to the drug in the U.S.

“Small cell lung cancer is a disease with limited treatment options, and the approval of Zepzelca represents an important advance for patients whose metastatic SCLC has progressed on or after platinum-based therapy,” said Bruce Cozadd, chairman and chief executive officer of Jazz, at the time. “While patients may initially respond to traditional chemotherapy, they often experience an aggressive recurrence that is historically resistant to treatment. Jazz congratulates PharmaMar on the successful development of Zepzelca and we are proud to partner with them to bring this new therapy to the U.S. market, expanding our presence in oncology.”