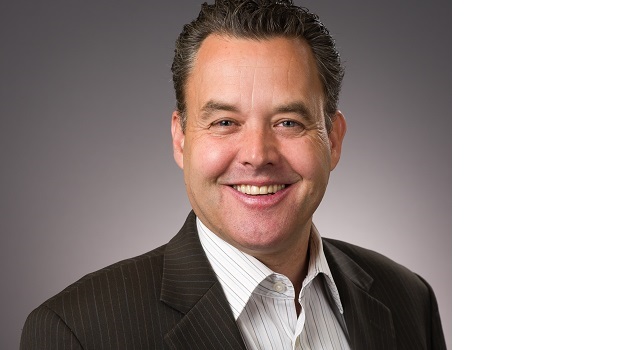 “The reason this trial is so important and why we did this,” Coop told BioSpace, “is that, unfortunately, there are about 20,000 women newly diagnosed with ovarian cancer in the U.S. each year and about seven out of 10 will relapse in the first three years. So the rationale was, what can we do for these women who have BRCA mutations, whether somatic or germline, once they’ve gone through standard of care treatment?”

The SOLO-1 trial evaluated Lynparza as a maintenance treatment for patients with newly diagnosed, advanced BRCA-mutated (BRCAm) ovarian cancer who were in complete or partial response after first-line treatment using a platinum-based chemotherapy. The trial showed a both clinically and statistically significant improvement in progress-free survival (PFS) on the patients receiving Lynparza compared to placebo.

At 41 months of follow-up, patients treated with Lynparza didn’t reach the median PFS, while those on placebo hit median PFS at 13.8 months. Of the Lynparza group, 60 percent were progression-free at 36 months compared to 27 percent in the placebo group.

“Women with ovarian cancer are often diagnosed with advanced disease, which unfortunately is associated with poor long-term survival rates,” said Kathleen Moore, co-principal investigator of the SOLO-1 trial and associate director for Clinical Research at the Stephenson Cancer Center at the University of Oklahoma, in a statement. “The newly-diagnosed setting is our best opportunity to achieve a sustained remission, since once a patient’s ovarian cancer recurs, it is typically incurable. The SOLO-1 results demonstrate the potential of Lynparza maintenance therapy earlier in the treatment pathway and reinforce the importance of identifying a patient’s BRCA mutation status at the time of diagnosis—these results could change the way we treat women with advanced BRCA-mutated ovarian cancer.”

SOLO-1 is a Phase III randomized, double-blinded, placebo-controlled, multicenter trial. The goal was to evaluate the drug in BRCA-mutated advanced ovarian cancer patients as a first-line maintenance therapy.

In the trial, 391 patients with a deleterious or suspected deleterious BRCA1 or BRCA2 mutation who were in clinical complete or partial response after platinum-based chemotherapy were randomized two-to-one. They either received Lynparza or placebo for up to two years or until disease progression. The primary endpoint was PFS. Key secondary endpoints included time to second disease progression or death, time to first subsequent treatment and overall survival.

“We were incredibly proud to not only have the data presented in a Presidential Symposium at ESMO, but to have it published in the New England Journal of Medicine,” Coop said. “What we’re seeing is this magnitude, the reduction of progression of disease by 70 percent. In this first-line setting about seven out of 10 women are going to relapse. What we saw was that in three years, 60 percent who received it are progression-free compared to 27 percent in the placebo group. Not only is it statistically significant, but clinically meaningful for women who are looking for hope and new options.”

Lynparza is a PARP inhibitor, a relatively new class of cancer drugs, in an area known as DNA Damage Response (DDR). It was the first of three PARPi to hit the market. Cancer cells that have the BRCA mutation do not fix their DNA well when it is damaged during cell division. PARPi drugs block what remains of the DNA repair mechanism, so BRCA-mutated cancer cells do not replicate, which causes them to eventually die.

At one point, AstraZeneca abandoned the drug, but Pascal Soriot, when he took over the company in 2012, revived it. It was approval in the U.S. in 2014, although it faces competition from other PARP inhibitors marked by Tesaro and Clovis Oncology.

There is an ongoing Phase III clinical trial, PAOLA-1, to evaluate Lynparza with Genentech’s Avastin (bevacizumab) as first-line maintenance therapy for women with newly diagnosed advanced ovarian cancer, regardless of BRCA status. Data is expected in 2019. Coop says that in addition to the PAOLA trial, Lynparza is also being investigated in the immuno-oncology setting with checkpoint inhibitors. “When you have an industry-leading portfolio like AstraZeneca, the question becomes, how can we do more, how can we combine drugs. We follow the science. It’s something we’ve done for many years. In the U.S. we’ve brought five medications forward in the last few years. So when you say, ‘what’s next?’ it’s continuing to look at new ways and novel investigations to help women’s ovarian cancer and other cancers with our portfolio.”

Results from the SOLO-1 trial were originally announced in late-June, although details were held back until ESMO.

If the drug is approved for first-line maintenance, as this data suggests is likely, analysts project sales could increase by more than $1 billion annually. The drug brought in $297 million in 2017. AstraZeneca has suggested that if approved for this new indication, the number of women with ovarian cancer eligible treatment could increase by 30 to 50 percent.