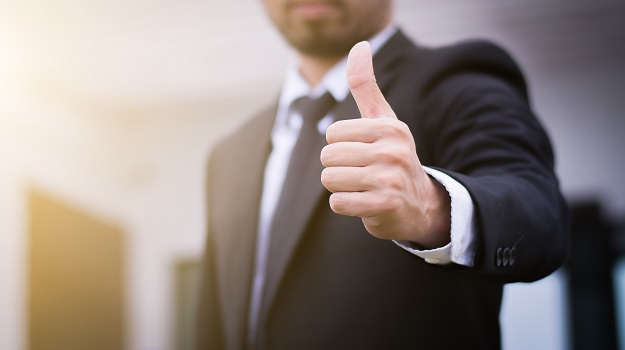 The trial, evaluating the drug in this population as a first-line maintenance therapy, had a statistically significant and clinically meaningful improvement in progression-free survival (PFS) compared to those receiving placebo. Safety and tolerability were consistent with other clinical trials. The two companies expect to begin talks with regulatory agencies.

“For the first time, we see a significant and clinically impactful improvement in progression-free survival in the first-line maintenance setting for women with BRCA-mutated ovarian cancer treated with a PARP inhibitor,” said Sean Bohen, executive vice president, global medicines development and chief medical officer at AstraZeneca, in a statement. “The SOLO-1 data reinforce the importance of knowing BRCA status at diagnosis, as this may enable women with BRCA-mutated ovarian cancer to receive Lynparza earlier.”

There is an ongoing Phase III clinical trial, PAOLA-1, to evaluate Lynparza with bevacizumab as first-line maintenance therapy for women with newly diagnosed advanced ovarian cancer, regardless of BRCA status. Data is expected in 2019.

Lynparza is a PARP inhibitor, the first of three to hit the market. The latest announcement is an important one for AstraZeneca, which needs the boost. Several months ago, Leerink analysts wrote in a note, “AstraZeneca/Merck’s SOLO-1 (Lynparza) study in the 1L maintenance setting for BRCA-mutated ovarian cancer expected in the first half of 2018 is a high expectation ‘must succeed’ catalyst to validate the assumed expansion to 1L maintenance for the PARP class.”

Analysts project that the first-line use of the drug could increase sales by more than $1 billion annually, although those predictions are somewhat dependent upon knowing more details about the drug’s clinical benefit. The drug is currently approved for later use in patients with BRCA genetic mutations. The company suggests that this new indication, if approved, could increase the number of women with ovarian cancer eligible for treatment by 30 to 50 percent.

Not much data was released, with the companies indicating they will have a presentation at a future medical conference, possibly the European Society for Medical Oncology (ESMO) 2018 Congress, which will be held in Munich, Germany in October.

At one point AstraZeneca abandoned Lynparza, but Pascal Soriot, when he took over the company in 2012, revived it. It won approval in the U.S. in 2014, although it faces competition from other PARP inhibitors marketed by Tesaro and Clovis Oncology.

An AstraZeneca spokeswoman stated that its competitors were about 18 months behind in creating similar clinical data, with Tesaro being the closest, expected to release first-line ovarian cancer data in 2019.

“Building on the strong data we’ve seen with Lynparza to date, the data from SOLO-1 reinforce Lynparza’s ability to provide meaningful disease control with a well-characterized safety and tolerability profile,” said Roy Baynes, Merck Research Laboratories’ senior vice president and head of global clinical development, in a statement. “We look forward to presenting the full data set for SOLO-1 at a future medical meeting and working with the regulatory authorities to bring Lynparza to women with ovarian cancer in the first-line maintenance setting as quickly as possible.”