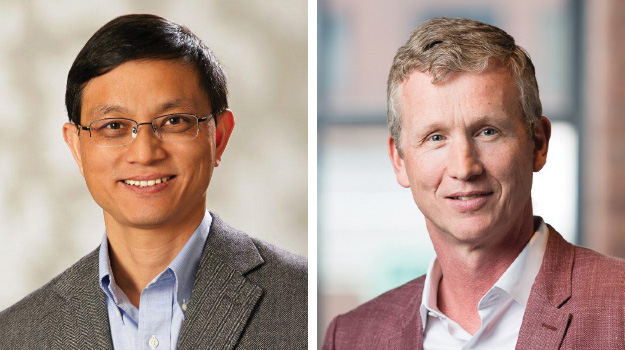 The future of Editas Medicine’s EDIT-101 will be determined in November after a data readout from the Phase I/II BRILLIANCE study is available.

The data could inform the company whether there is a potential commercial path forward for the gene therapy. Editas will need to see a meaningful benefit in order for the program to move on to a registrational study, said Chief Executive Officer Gilmore O’Neill on Wednesday.

Not only does the company hope to see positive safety and efficacy data, but it also aims to determine which patient populations are most likely to respond to the treatment. Once the population is determined, that will influence the future development in this indication.

EDIT-101 is an in vivo gene therapy in development as a potential therapy for Leber Congenital Amaurosis 10 (LCA10), a rare, inherited vision disorder caused by a mutation in the CEP290 gene. EDIT-101 is designed to remove the CEP290 mutation to restore normal protein expression and a patient’s vision.

Beyond EDIT-101, the company continues to work on its other CRISPR-based therapies in sickle cell disease and transfusion-dependent beta-thalassemia.

Editas dosed the second patient in its Phase I/II RUBY trial assessing -301 in sickle cell disease. Data from the first two patients treated with the CRISPR therapy are expected to be announced by the end of the year, Chief Medical Officer Baisong Mei said.

If the data is positive, it will increase the company’s confidence in the approach to sickle cell disease, Mei said. Editas will then take measures to accelerate patient recruitment into the RUBY study and could expand the number of trial sites to support that effort.

Over the summer, Editas shared it had dosed the first patient in the study and confirmed successful neutrophil and platelet engraftment. At the same time, the company announced it had successfully edited CD34+ cells from patients in preparation for reinfusion.

EDIT-301 is designed to edit the HBG1/2 promoter to disrupt the binding site of BCL11a and ameliorate symptoms of sickle cell disease.

In recent weeks, rumors have swirled that Editas is considering a potential offloading of its preclinical oncology portfolio, which includes EDIT-202, an iNK therapeutic.

O’Neill declined to dismiss the potential for a sale.

The company is “keen to unlock the full potential” of its program through potential partnerships, he said.

O’Neill didn’t provide any information as to whether those partnerships are licensing deals or some other form of agreement.

“We look forward to sharing more of our strategic plans in the coming months,” he said.

Even as Editas moves forward with its clinical and preclinical programs, the company has been tied up in lawsuits surrounding the patents for CRISPR-Cas9 gene therapy. Editas’ technology was licensed from the Broad Institute, which is part of the Massachusetts Institute of Technology.

Other companies using CRISPR-Cas9 approaches have licensed their technology from U.C. Berkeley.

A legal battle has been raging over the patents for the technology.

Earlier in 2022, the U.S. Patent and Trademark Office ruled the use of CRISPR-Cas9 in humans belongs to Broad and not to U.C. Berkeley. The ruling has been challenged, but O’Neill said he believes that the courts will continue to side with previous legal rulings.

If that’s the case, it could be a financial windfall for Editas, as other companies that use cas9 would require a license from Editas.

A ruling from the appeal is expected in 2023.