Gilmore O’Neill “Excited” to Take the Reins at Editas Medicine 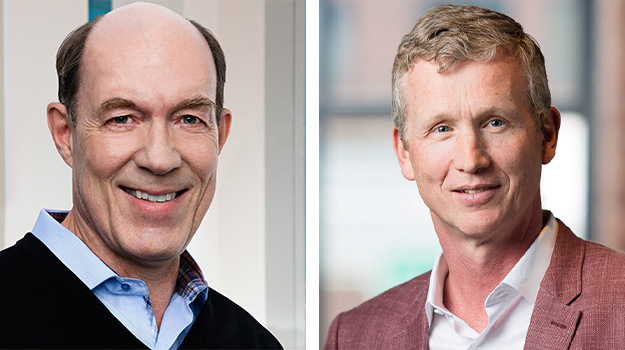 For some time, Gilmore O’Neill had been searching for the opportunity to take on a chief executive officer role and guide the fortunes of a pharmaceutical or biotech company. Several opportunities came his way but only one really jumped off the pages – the chance to take over Editas Medicine.

"That really leaped off the page at me,” O’Neill told BioSpace this morning.

O’Neill, who has served as chief medical officer at Sarepta Therapeutics since 2018, said he is excited about the potential of Editas’ pipeline and the “unlimited possibilities” of the company’s CRISPR-driven technology. But, it will be a few months before O’Neill gets to dive into the work with Editas. He will not assume his new role until June 1. At that time, he will take over the helm of the company and current CEO James C. Mullen will assume the role of executive chairman of the company board of directors.

Mullen expressed pleasure at O’Neill’s excitement over the Editas opportunity and the possibilities he sees with the company’s pipeline.

“When someone like Gilmore with all of his drug development experience tells you how excited they are about the opportunity, that tells you something about the work being conducted at the company,” Mullen told BioSpace.

When he does take over, O’Neill said he will focus on the execution of the company’s research and development in order to drive programs into and through the clinic. He will also look at various business development opportunities, as well as potential external financial raises.

One of his first tasks will be to bolster the leadership team with a new chief medical officer. In February, the company dismissed Chief Medical Officer Lisa Michaels. Following the dismissal, Mullen began a search for her replacement but told BioSpace that a decision will not be made until after O’Neill assumes the helm of the company. Mullen said the company has already conducted some interviews based on its early search but with O’Neill taking over, he anticipates a number of new applicants who want to work with him and the Editas leadership team.

“We’ll have a bigger pool (of applicants) following the announcement about Gilmore as our new CEO. We’ll get a fantastic CMO. I have no doubt about that,” Mullen said.

He noted that he will assist O’Neill in the onboarding in order to ensure a smooth transition of leadership. As executive chairman, Mullen said he will be able to broaden the investor base of the company and noted that he himself, who is already the biggest investor in the company, may increase his stake in Editas Medicine.

O’Neill said he has a few advantages in the search for a CMO, coming from that same role at Sarepta. He said he knows what he is looking for in a candidate: a strong physician-scientist who can communicate effectively with regulatory agencies, patients and other scientists. He said the role of CMO is an electrifying position and he is excited about the opportunity to tap someone who will best serve the interests of Editas and its pipeline.

Much like a kid in a candy store who salivates over the vast array of sweets and treats, O’Neill expressed his enthusiasm for the Editas therapeutic pipeline.

“What we’re really here for is to create medicines for patients with incurable diseases,” he said and added that Editas has “made tremendous progress” with its CRISPR technology.

He pointed to early signs of success the company is seeing with EDIT-101, the company’s first in vivo gene-edited therapy for Leber Congenital Amaurosis 10 (LCA10), a CEP290-related retinal degenerative disorder. Data shared in 2021 showed the candidate demonstrated evidence of gene editing and potential clinical benefit. It also showed a favorable safety profile. Mullen said the company expects to release additional data for EDIT-101 later this year that will continue to show the potential of the therapy.

Another asset making headway in the Editas clinical development program is EDIT-301, a potential treatment for sickle cell and beta thalassemia. EDIT-301 is designed to edit the HBG1/2 promoter to disrupt the binding site of BCL11a and ameliorate disease symptoms.

O’Neill will be well-suited to guide the company as its assets wind their way through clinical development. At Sarepta, and Biogen before that where he spent 15 years, he drove multiple programs through the clinic and regulatory approval. Drugs he has had a hand in developing include Sarepta’s treatments for Duchene muscular dystrophy, Amondys and Vyondys, as well as three of Biogen’s core assets, spinal muscular atrophy drug Spinraza, and multiple sclerosis drugs Plegridy and Tecfidera.

It’s that kind of success that O’Neill wants to bring to Editas and the pool of patients the company can potentially help with its broad pipeline of CRISPR treatments.

“Everything here is so exciting. I can’t wait to come in as CEO of Editas Medicine,” he said.