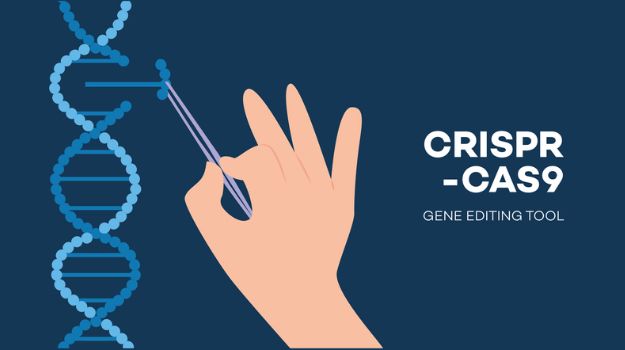 CRISPR-Cas9 gene-editing technology was officially discovered in 2012 when Jennifer Doudna, then with the University of California, Berkeley, and Emmanuelle Charpentier, then at the University of Vienna, published their landmark paper in Science. However, the technology has been tangled in patent battles ever since.

Feng Zhang, a researcher at the Broad Institute of Massachusetts Institute of Technology and Harvard University, also filed a broad U.S. patent claim on the technology.

On Monday, the U.S. Patent and Trademark Office ruled that the use of CRISPR-Cas9 in humans belongs to Broad, not UC Berkeley. According to the decision, UC’s claims “are unpatentable.”

According to Jacob Sherkow, professor of law at the Innovation Center for Law and Technology at New York Law School, this represents a possible loss of $100 million to $10 billion in licensing revenues for UC-Berkeley.

“This means that a number of UC Berkeley’s patents that are directed to the canonical CRISPR system— when used in the cells of higher organisms, like humans— are not valid. Some of them are still valid. But arguably a large swath of the most important ones, from a financial perspective, are not," he said.

Doudna, who won the Nobel Prize in Chemistry in 2020 along with Charpentier for their discoveries, stated that she will challenge the decision, saying, “today’s USPTO ruling is surprising and contrary to what more than 30 countries and the Nobel Prize Committee have decided regarding the invention of CRISPR-Cas9 genome engineering technology for use in all cell types, including human cells.”

The decision also may complicate the business models of several biotech companies that focus on using CRISPR, including Caribou Biosciences, Intellia Therapeutics and CRISPR Therapeutics.

Although there are a number of nuances and many different patents, some of the patent battle revolved around changes in U.S. patent law in the last decade. For a very long time, it was “first to invent,” which meant that whoever was the first person to invent or discover a technology was the patent owner. They had to prove they invented or discovered it, which created its own hurdles.

Then, in late 2011, the U.S. shifted to “first-to-file,” and that went into effect on March 16, 2013. Other aspects of the patent litigation also have to do with which settings the patents apply to, such as in mammalian eukaryotic cells versus bacterial cells, in test tubes or in live animals. And it also had to do with whether Zhang’s developments were obvious or not based on Doudna and Charpentier’s work.

Editas Medicine, based in Cambridge, Massachusetts and co-founded by Doudna, Zhang, George Church, David Liu and J. Keith Joung, stated, “This action by the USPTO is the second favorable decision determining Broad as the first group to invent the use of CRISPR/Cas9 for editing DNA in those cells necessary for making gene editing medicines for people. With this decision, the USPTO has clearly determined that the University of California, Berkeley, the University of Vienna and Emmanuelle Charpentier (collectively, "CVC") was not the first to invent using CRISPR/Cas9 in eukaryotic cells, including human cells, and that CVC is not entitled to patent claims directed to that subject matter. The patents at issue in the current interference are owned by Broad and exclusively licensed to Editas Medicine for the development of medicines for people living with serious diseases.”

The gist of the USPTO decision is that Doudna and Charpentier did not prove they were the first to use CRISPR in animal cells. Their original paper describes its use in bacteria. Over the years, UC Berkeley and the University of Vienna have claimed their researchers were the first to determine a way to guide CRISPR-Cas9 to specific locations on the genome

Broad has argued they were the first to prove it worked in plants and animals, including humans. But it’s also clear that Zhang and the Broad Institute didn’t originate the idea but used Doudna and Charpentier’s research as a jumping-off point to use the technology in animal and human cells.

In 2017, the USPTO decided the two group’s claims didn’t conflict, and that Broad’s findings were a separately patentable invention. In 2020, it was revisited, and the USPTO changed its mind.

Now, companies that licensed CRISPR-Cas9 from CVC will need to license it from Broad. Sherkow notes that Broad can’t sue companies until any drugs are approved, but the USPTO decision casts a “pretty long shadow” over companies with licenses from CVC.

According to MSN, Intellia indicated the decision won’t impact its ongoing R&D plans. CRISPR Therapeutics also said its programs will continue and aren’t affected by the decision.

CRISPR-Cas9 is not the only gene-editing technology in use, and CRISPR-Cas9 itself is being constantly refined and modified. Sherkow noted, “It’ll be really, really important for a short period of time, then not so much anymore.”