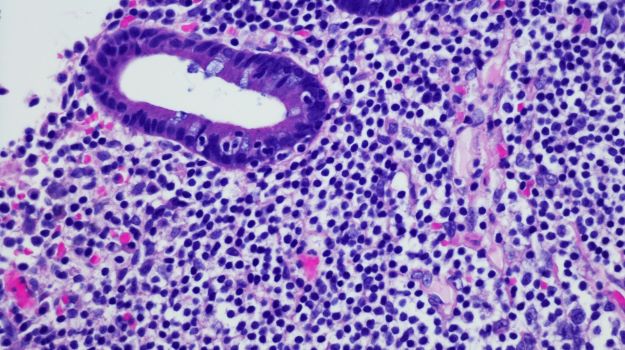 Adicet Bio today shared positive interim results from its Phase I study on a potential treatment for B-cell Non-Hodgkin's Lymphoma.

ADI-001, an investigational allogeneic gamma delta CAR T cell therapy, generated positive early responses from three of four evaluable participants, two of whom achieved complete responses (CR) while one had a partial response (PR) that researchers logged as "near complete."

As of the November 22 cutoff, six patients had been enrolled in the trial, though two did not reach the 28th day and were considered not evaluable to test the drug's efficacy. All participants had already received a median of five lines of systemic therapy prior to the trial.

One patient who had already gotten autologous CD19 CAR T therapy reported CR after a single infusion of the drug at the lowest dose. Of the four evaluable patients, three received ADI-001 at a level one dose, or 30 million CAR+ cells, while the fourth was given a level-two dose at 100 million CAR+ cells. Of the three who achieved PR or better, one had diffuse large B-cell lymphoma with five prior lines of therapy, one had follicular lymphoma that turned into a large B-cell tumor with four prior lines, and the third was diagnosed with mantle cell lymphoma with five prior lines of treatment.

"The preliminary safety and efficacy data from low-dose ADI-001 collected to date indicate the potential for a broad therapeutic window. Without the need for gene editing and its associated safety concerns, our platform is designed to preserve the natural innate and adaptive anti-tumor activity of gamma delta CAR T cells, which we believe may lead to better durability," said Francesco Galimi, M.D., Ph.D., the senior vice president and chief medical officer of Adicet Bio, in a statement.

The trial is still in its early stages and is expected to enroll around 75 patients. The primary objectives are to determine the drug's tolerability, safety, pharmacodynamics, and pharmacokinetics. The research also intends to find out the optimal dosing if it is used as monotherapy. Details of the study are available with the U.S. National Library of Medicine.