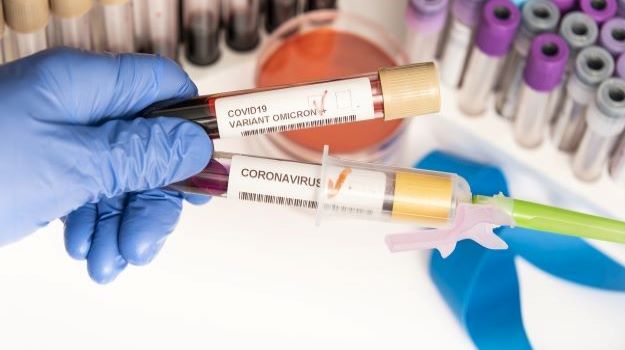 The prevailing theory about the Omicron variant is that it is going to rip through the population quickly and possibly burn out, marking the downside of the COVID-19 pandemic. But researchers are expressing concern about a subvariant of Omicron dubbed BA.2 that appears to be tearing through Denmark, just as the first Omicron wave subsided. For that and more COVID-19 news, continue reading.

What We Know About the Subvariant of Omicron, BA.2

Several cases of Omicron BA.2, a subvariant of the Omicron variant, have been identified in the U.S., including Washington, California and Texas. Although the data is still young, there is evidence it’s as contagious as the first Omicron variant and potentially slightly more.

“It could be that BA.2 does have some small advantage,” said Emma Hodcroft, an epidemiologist at the University of Bern. “BA.2 might well be, like, 1% to 3% more transmissible, or something like that.”

What wasn’t widely reported in November was that when Omicron was first identified in South Africa and Botswana, there wasn’t just one Omicron variant, but three: BA.1, BA.2 and BA.3 BA.1 is the one that was widely reported and spread around the world, edging out Delta.

Initially, the other two, BA.2 and BA.3 appeared weaker. Researchers expected them to fade away as BA.1 roared around the world. However, BA.2 seems to be surging in some parts of the country, such as Denmark.

And in Denmark, this happened just as the surge of BA.1 appeared to be declining. This doesn’t bode well for the U.S. and other countries, where the first Omicron variant, BA.1, surged fast but seemed to be peaking within weeks. Omicron BA.2 also appears to be spreading rapidly in England and Germany, where it is responsible for about 5% of cases.

Evidence suggested that the first Omicron variant, BA.1, had less severe illness than earlier variants, including Delta, despite how infectious it is. Preliminary evidence out of Denmark suggests the same thing.

Dr. Peter Chin-Hong at the University of California, San Francisco says, “Scientists there have found that there was no increased risk in going to the hospital if you have BA.2 compared to if you have BA.1. That could change, but that’s what we know so far.”

Early data out of the UK also suggests that a booster shot of a COVID-19 vaccine protects against BA.2 as well as it did against BA.1. BA.1 and BA.2 have very similar spike proteins.

Dr. Chin-Hong said, “I have no guarantee that you won’t get infected or possibly reinfected [if you’ve already had COVID-19], meaning that you might have the sniffles or feel like you have another cold, but I feel very, very confident that you would be protected from serious disease in the general population.”

In a talk with PBS, Dr. Paul Burton, Moderna’s Chief Medical Officer, outlined three key points about how Moderna is looking at COVID-19 and vaccines. First, don’t expect Omicron to disappear. Although Moderna and rival Pfizer-BioNTech are testing an Omicron-specific vaccine, some have expressed skepticism that this would be necessary. However, Dr. Burton said the evidence suggests there will be a need for an Omicron-specific booster in the fall because “Omicron is still going to be here.” He thinks the number of cases, hospitalizations and deaths might come down, but that over and over again “this is a virus that can take really radical steps of evolution and surprise us.”

Second, he said Moderna expects to have data ready for the U.S. Food and Drug Administration (FDA) for their vaccine in children under the age of five by March.

And third, Moderna is working to supply as much vaccine as possible to low-income countries and to expand “manufacturing facilities in those countries as well.” Meanwhile, Moderna is not enforcing its patent for the COVID-19 vaccine during the pandemic phase in case “Other people want to produce the vaccine.” It hasn’t waived the patents, however.

A common side effect in cancer patients receiving chemotherapy is the so-called “chemo brain,” where the treatment inflames the brain. Neuro-oncologist Dr. Michelle Monje at Stanford University has focused on the neurobiology of cognitive impairment associated with cancer treatment for 20 years. Working with a group that includes Akiko Iwasaki at Yale and David Putrino, founder of the Mount Sinai long Covid clinic, they found that chemotherapy and COVID-19 cause neuro-inflammation in very similar ways. They recently published their research on the preprint server bioRxiv and have submitted it to a peer-review publication. The research is based on mouse experiments and autopsy findings.

Dr. Monje told STAT, “I worried back in the spring of 2020 that we would perhaps see a syndrome very similar to what we see after cancer therapy, that we might start to see a cognitive syndrome characterized by things like impairment in memory, executive function, attention, speed of information processing, multitasking. And then, you know, within months, reports of exactly that sort of complaint started to emerge.”

The research team found high levels of cytokines and chemokines in addition to indications of microglial reactivity in the white matter of the brain of people who died of COVID-19, which is very similar to what is seen in the brains of people after chemotherapy. They also found a specific chemokine associated with cognitive impairment higher in people with long Covid brain fog than in people whose long Covid didn’t demonstrate cognitive problems.

Although interesting and possibly significant, Monje cautions that it’s too soon to talk about treatments. They will begin testing possible therapies in laboratory animals and controlled clinical trials.

Although not COVID-19-specific, a Phase I clinical trial at George Washington University in Washington, DC, organized by IAVI that uses a Moderna mRNA vaccine, dosed the first patient for HIV. The vaccine uses mRNA to deliver HIV immunogens to patients. The study, funded by the Bill & Melinda Gates Foundation, will evaluate 56 healthy, HIV-negative adults.

“The search for an HIV vaccine has been long and challenging and having new tools in terms of immunogens and platforms could be the key to making rapid progress toward an urgently needed, effective HIV vaccine,” said IAVI’s Chief Executive Officer Mark Feinberg.

The HIV vaccine antigens in the study were originally developed by William Schief, professor at The Scripps Research and executive director of vaccine design at IAVI’s Neutralizing Antibody Center (NAC).