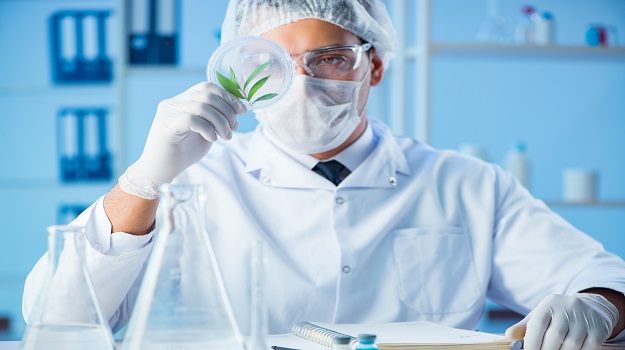 GW Pharmaceuticals has finally revealed the price of its cannabis-based epilepsy drug Epidiolex. The medication, which is expected to be available by early fall, will have a $32,500 price tag.

Epidiolex was approved in June by the U.S. Food and Drug Administration (FDA) for the treatment of two rare forms of epilepsy, Lennox-Gastaut syndrome (LGS) and Dravet syndrome. The company said the $32,500 price tag is in line with other branded antiepileptic drugs used to treat these conditions.

Julian Gangolli, North American president of Greenwich Biosciences, a subsidiary of GW Pharmaceuticals, said during a quarterly conference call that the pricing approach has been discussed with the patient community which it will serve. According to a call transcript, courtesy of Seeking Alpha, Gangolli said the payers are supportive of the rationale that “Epidiolex should be priced in line with the branded anti-seizure therapies prescribed for these intractable patients.”

“The analysis of the direct cost burden associated with LGS and Dravet syndrome in the U.S. showed a substantial cost burden for both conditions, and further highlights the need for this new therapeutic option,” Gangolli said.

GW Pharmaceuticals has implemented a patient support program to provide access to the new medication. The company said they have presented plans that could cover more than 80 percent of the patients who could use this medication in the United States. Prices could range from $5 to $10 per months on Medicaid programs and up to $200 per month under some private insurance programs, Gangolli said.

In preparation for the launch, GW Pharma said it has completed the groundwork for its U.S. commercial team ahead of the launch of Epidiolex. The commercial team includes sales, marketing and medical affairs professionals, the company said. There are two national directors, eight regional managers and 66 neurology account managers that will “target approximately 5,000 physicians who treat patients with LGS or Dravet syndrome,” Gangolli said during the quarterly call, according to a transcript.

The new commercial team has three primary responsibilities, Gangolli said. Those responsibilities include the promotion of the cannabis-based treatment, ensuring formulary access to Epidiolex and working with the local epilepsy chapters and caregiver groups.

Gangolli noted in the call that it may take time for physicians to become aware of Epidiolex, learn how to use it and adapt it for use in clinics. He said it may also take time for payers to provide reimbursement coverage.

Before the drug can be marketed though, the U.S. Drug Enforcement Agency will have to reclassify the medication for commercialization. Currently, all derivatives of the cannabis plant, including those that are not addictive, are classified as a Schedule I drug – something that is considered to have high abuse potential with no medical use. Epidiolex is derived from Cannabidiol (CBD), a chemical component of the Cannabis sativa plant, more commonly known as marijuana. However, CBD does not cause intoxication like illicit use of marijuana. It’s the first in a new category of anti-epileptic drugs (AEDs), GW Pharma said.

“The FDA has communicated its recommendation to DEA, and we understand that the rescheduling process is proceeding in a normal fashion and that it will be completed within the expected 90-day timeframe. We have been building commercial inventory in recent months and are in a position to ship product into the U.S. supply chain, once rescheduling is complete,” Gover said, according to the transcript.