COVAXX CEO Works to Redefine the Idea of a Vaccine 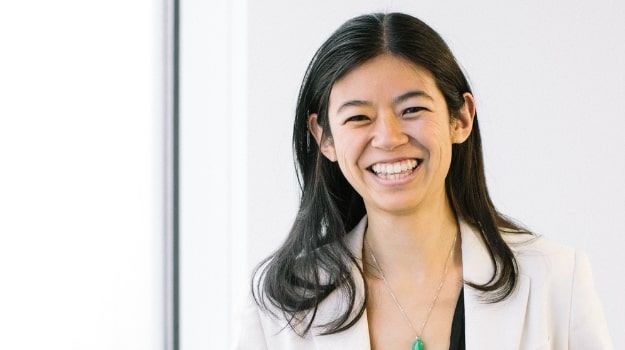 “It’s a bit about redefining what a vaccine is, and I think this is a perfect time to do it,” Hu told BioSpace. “All a vaccine means is harnessing the power of your own immune system to fight a disease, and we’ve traditionally done it for infectious disease. But now, what’s generally killing us is chronic diseases. So, all we do is we train your immune system to become its own drug factory and develop drugs against Alzheimer’s and for Parkinson’s.”

To this end, Hu and her team at United Neuroscience are developing a vaccine that aims to actually prevent the onset of Alzheimer’s Disease. It belongs to a new class of endobody vaccines that train the immune system to produce specific antibodies that some people naturally make against toxic proteins that can lead to the amyloid plaques characterizing Alzheimer’s and Parkinson’s disease.

On January 16, 2019, United Neuroscience announced positive topline results from its Phase IIa clinical study of its novel synthetic peptide vaccine, UB-311, in mild-moderate Alzheimer’s, which showed that the primary aims of safety and immunogenicity had been met, with a 96% response rate. The company expects to initiate a Phase III study in early Alzheimer’s, as well as a Phase II study in Parkinson’s patients at some point of 2021.

“It’s the first time that we’ve been able to show and reproduce that we can get your body to become a drug factory at equal concentration as a monoclonal, at such a high concentration that it can actually penetrate your blood-brain barrier and be detectable to CSF,” said Hu of the results thus far. “I don’t know of any other technology that’s been able to do that, and we’re able to do it safely and in virtually 100% of patients. So that’s something that’s super-encouraging and really emboldens us to drive our platform to other disease indications.”

The daughter of UBI Executive Founder and Brain Mapping Foundation Pioneer in Technology Award winner, Dr. Chang Yi Wang, Hu’s career-plan was originally headed in any direction other than the biotech industry.

“The parent company [UBI] is a company that my parents started right around the time I was born, and it’s something that I never thought I would do; never wanted to. So, instead, I became a lawyer, a management consultant, and went as far away from science as I could. I came back really just to help on a project basis. Then, you realize how much impact you can have with the technology, and how complimentary your skillset can be in actually furthering that path forward,” said Hu.

“I think one of the most important things is to find something that you actually believe in that’s driven by purpose, and keep that as your north star,” said Hu. “I can’t think of anything better, or more purposeful, than waking up and saying that I’m trying to be part of the solution to the most unprecedented pandemic in our lifetimes. Or, for that matter, trying to solve one of the largest problems like Alzheimer’s or Parkinson’s.”

Hu expanded the UBI family, bringing the novel vaccine technology developed by her mother to United Neuroscience to focus on vaccines for the aforementioned CNS indications as well as others. As a leader in the vaccines space, when COVID-19 struck back in March, Hu knew that she had to act.

“When Covid came around, obviously the world was disturbed, and we decided to pivot those vaccine resources to COVID-19. And that’s when we birthed COVAXX, which is now a whopping nine months old.”

“The multitope portion means that it doesn’t just target one part of the virus. It targets multiple parts. What we find is, when we’re naturally infected by it, we respond to multiple spots. What this means is that we generate a broader immune response that tackles not only the neutralizing site, which is the spike protein, but also other important parts of the virus that our body naturally responds to. That gives us, hopefully, broader protection and ability to adjust to mutations more easily,” explained Hu.

On Christmas Eve, COVAXX announced a partnership with Aurobindo Pharma giving the latter exclusive development and commercialization rights to develop UB-612 in India, and to UNICEF, as well as non-exclusive rights in other emerging markets. This is a move that embodies the company’s foremost vision of democratizing health.

“What really differentiates it is that we’re trying to do it in a way that no one else is doing,” said Hu. “Our vision is to democratize health. It’s a firm belief that diseases don’t discriminate and neither should medicine. So, it’s technology-enabled because our platform is scalable and cost-effective, but the goal is to be able to drive access.”

The COVID-19 pandemic that has upended life across the globe has also ignited a reawakening to the value of vaccines, and Hu believes the momentum will carry forward into the new year.

“I think it’s going to be a renaissance for vaccines. Vaccines have always historically been the most prolific medicine of our day, and we kind of took them for granted in some ways. Covid has really highlighted the importance of them again, and how we all really depend on them. So, I think that it will continue in 2021,” she said. “For all it’s worth, I think the government played a major role in de-risking R&D for companies, and maybe we should do that for Alzheimer’s as well.”