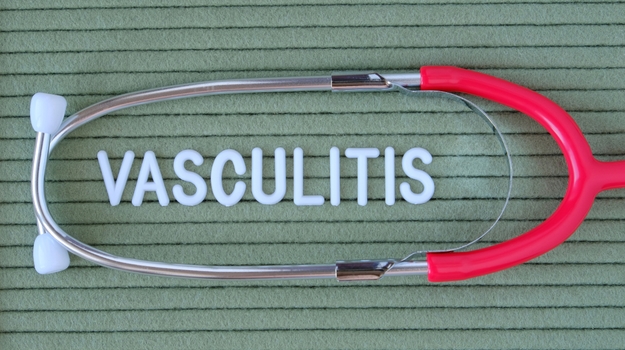 ANCA vasculitis is a systemic disease of the complement pathway, part of the immune system, that is over-activated. This further stimulates neutrophils, which leads to inflammation and destruction of small blood vessels, causing organ damage and failure. The kidney is typically the major target and can be fatal if untreated.

The company’s shares exploded 300% in after-hours trading yesterday at the news, giving the company a market value of $469.6 million.

“This is the transformational result that clinicians and patients all over the world had been hoping for,” said David Jayne, director of the Vasculitis and Lupus Clinic, Addenbrooke’s Hospital, Cambridge. “The ADVOCATE trial demonstrated clearly that avacopan effectively brought patients into a state of remission for their acute vasculitis symptoms and kept them there for the entire period of this study. Importantly, avacopan did this in the absence of the traditional sustained daily steroid therapy that is the current standard of care and against which avacopan was compared. Indeed, avacopan was actually superior to the traditional standard of care, keeping patients in remission over the one year of treatment in the trial.”

The clinical trial looked at 331 patients with acute ANCA vasculitis. The trial met both primary endpoints, disease remission at 26 weeks and sustained remission at 52 weeks, as assessed by the Birmingham Vasculitis Activity Score (BVAS). Remission was defined as a BVAS score of zero and being off glucocorticoid treatment for ANCA vasculitis for the previous four weeks or longer.

Avacopan is a first-in-class, oral drug that acts by precisely blocking the C5aR receptor for the pro-inflammatory complement system fragment C5a on destructive inflammatory cells, such as blood neutrophils. The drug is also being developed for patients with C3 glomerulopathy (C3G) and hidradenitis suppurativa (HS). The FDA granted it orphan-drug designation for ANCA-associated vasculitis, C3G and atypical hemolytic uremic syndrome (aHUS).

“These results exceed our expectations,” said Thomas J. Schall, president and chief executive officer of ChemoCentryx. “Today we mark the dawn of a new and historic period in the lives of ANCA vasculitis patients. This day we have for the first time demonstrated that a highly targeted therapy aimed at the very center of the ANCA disease process is superior to the traditional approach of broad immune suppression therapy; a therapy which the present findings may make obsolete.”

Schall added, “Until now ANCA vasculitis patients have had to endure regimens that contain chronic high doses of steroids and all their noxious effects, but with today’s data it is clear that the time of making patients sick with steroid therapy in an attempt to make their acute vasculitis better may at last be over. Working with our partner VFMCRP, we plan to make regulatory submissions for full marketing approval to both the European Medicines Agency (EMA) and the U.S. Food and Drug Administration (FDA) in 2020.