Calliditas is Getting to the Heart of Berger’s Disease 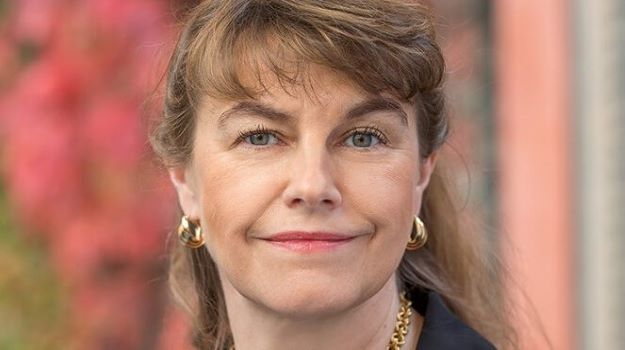 IgA nephropathy, or IgAN, is a condition you have probably never heard of. It doesn’t have a parade or a month dedicated to its awareness. It’s not even easy to pronounce. Think: ‘IGA nuh-FROP-uh-thee’. But this orphan disease is one of the main reasons the team at Calliditas Therapeutics goes to work every day.

Stockholm, Sweden-based Calliditas is developing Nefecon, a down regulator of IgA1 and proprietary, novel oral formulation of budesonide – a potent and established immunosuppressant – for the treatment of IgAN.

On April 28, Calliditas announced that the U.S. Food and Drug Administration (FDA) had accepted the submission of its new drug application (NDA) and granted priority review for Nefecon, bringing the drug one step closer to becoming the first medicine specifically designed and approved for IgAN.

IgAN, also known as Berger's disease, is a progressive autoimmune kidney disease that occurs when an antibody called immunoglobulin A (IgA) builds up in the kidneys, causing inflammation that can lead to the kidney’s inability to filter waste from the blood.

There is currently no approved treatment for IgAN, and 25-30% of patients go on to develop end-stage renal disease within 20 years of their diagnosis, condemning them to years of dialysis or the need to undergo a kidney transplant.

“I think it is really a patient group, as in many orphan diseases, that feel that they have been a bit forgotten,” said Calliditas chief executive officer, Renée Aguiar-Lucander.

Based on the results of Part A of Calliditas’ NefIgArd pivotal Phase III study, it is no mystery why the company received priority review for this promising therapy in a condition for which there is currently no approved treatment.

In the trial, which assessed the efficacy and safety of Nefecon compared to placebo in 200 adult patients with IgAN, the therapy met its primary endpoint, demonstrating significant reduction of urine protein creatine ratio after 9 months of treatment at a 16mg dose level. The patients continued to improve at 12 months.

Nefecon also had a significant impact on the key secondary endpoint, estimated glomerular filtration rate (EGFR), a key indicator of the kidney’s ability to filter creatine.

Results from the NefIgArd trial found that the EGFR continued to decline in the placebo group, while in the treatment group, the drop-off ceased.

“You can see in the clinical data that there is this kind of kidney protective effect. The vast number of people on this treatment do not have any further kidney deterioration. That is obviously great because it shows that there’s a way to hopefully keep these patients out of dialysis and transplantation in the long run,” Aguiar-Lucander said.

In an effort to treat IgAN, physicians often prescribe blood pressure-lowering agents like ACE inhibitors, which aim to reduce the pressure on the damaged filter mechanisms and enable the kidney to better clean waste from the blood.

Aguiar-Lucander explained that, while helpful, these drugs primarily provide symptomatic relief. Calliditas, on the other hand, is directly targeting the origin of the disease.

“All other drugs presently in development for IgAN have a systemic approach and effect. Calliditas is the only product candidate which is focused on the origin of the disease and hence has a local approach targeting the Peyer’s patches which produce galactose deficient IgA antibodies, thus interrupting the disease process at its origin,” Aguiar-Lucander said.

Nefecon leverages the TARGIT technology, developed by West Pharmaceutical Services, which allows it to pass through the stomach and intestine on its way to the targeted small intestine.

“We're taking a very different route to how we're coming at this disease,” Aguiar-Lucander explained. “We're not doing anything systemically. We're not trying to focus on the kidney when the damage is already done. We’re really trying to avoid having the damage occur in the first place, or to really delay and stop that kind of damage.”

In terms of safety, Nefecon benefits from the established profile of budesonide.

“It’s very typical of this kind of budesonide profile. It's been in man for quite a long time, so it is very well established. We know a lot about the substance; we know how it behaves, we know what it does,” Aguiar-Lucander said.

She added that while side effects such as transitory acne and stria can occur, “you're not really seeing any clinical effects on the metabolic system or the cardiovascular system. You're not seeing any severe infections, so you're avoiding a lot of the kind of effects that people worry about.”

While the confirmatory Part B of the NefIgArd study assessing long-term renal benefit is not expected to read out until 2023, Calliditas has applied for accelerated approval based on an exception that allows drugs targeting conditions with serious unmet needs to be approved based on a surrogate endpoint.

The FDA has set a Prescription Drug User Fee Act (PDUFA) goal date of September 15, 2021. If approved, Nefecon would become the first commercial success for Calliditas.

“I think a lot of people spend a lot of time in biotech and life sciences and don’t have the opportunity to get a drug to the patient,” Aguiar-Lucander said. “We’re all super excited about being able to do that.”