AACR: The Weekend Losers According to Wall Street 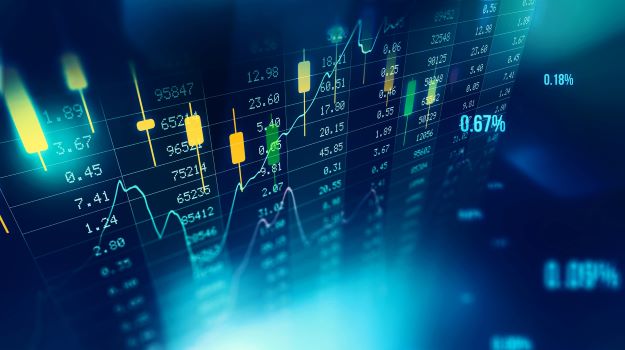 Shares fell for several biopharma companies at close of market Friday on what the market seemingly viewed as lackluster early data from their respective research projects. We look into each one below:

C4 Therapeutics saw its shares dip by more than half their value after the company reported that two of the participants in a trial for its experimental multiple myeloma (MM) treatment had discontinued the study due to dose-limiting toxicities. The first cohort of the Phase I/II clinical study of CFT7455 involved only five patients who were given 50 μg of the drug for 21 days in a 28-day period. The toxicities were reported at the initial dose.

Despite the market reaction, C4 remains optimistic about the merits of CFT7455 as it has also manifested evidence of clinical activity. The company will make adjustments as necessary. It is still enrolling new participants in the B1 cohort for relapsed/refractory MM, and cohort C for non-Hodgkin's lymphoma.

"Single agent CFT7455 has demonstrated preliminary evidence of clinical activity in a population of highly refractory and heavily pre-treated multiple myeloma patients. We continue to enroll patients in the ongoing clinical trial with the goal of providing a new treatment option for myeloma and lymphoma patients," said Dr. Sagar Lonial, professor and chair of the department of hematology and medical oncology at the Winship Cancer Institute, in a statement.

More data will be presented on April 12 at the American Association for Cancer Research's annual meeting.

Rubius Therapeutics shares suffered a 45% drop after the market didn't take too kindly to an early-stage update on its proposed treatment for advanced solid tumors, RTX-240. There are 34 participants so far in Rubius's ongoing Phase I/II clinical trial, but as of the March 4, 2022 cutoff date, only 10 patients experienced disease control.

"Given the clinical results observed, we are expanding the ongoing Phase 1 arm of RTX-240 in combination with pembrolizumab to patients with NSCLC and RCC who have had fewer prior treatment regimens. This cohort is expected to inform our strategy of advancing RTX-240 in combination with pembrolizumab in a Phase 2 clinical trial," noted Larry Turka, M.D., chief scientific officer and head of translational medicine at Rubius, in a press release.

Genocea saw its shares drop 51.5% to $0.63 Friday even after early results from its Phase I/IIa TiTAN trial on GEN-011 demonstrated some efficacy.

Initial data showed anti-tumor activity even as patients with refractory solid tumors were given lower intensity regimens of GEN-011. Four of five patients were observed to have stable disease on the 57th day of the study. However, all patients were still recorded as having the progressive disease on Day 113.

Despite this data, researchers saw that three of five participants experienced clear biologic changes after infusing with GEN-011. One patient diagnosed with metastatic non-small cell lung cancer even experienced a 10% reduction in tumor diameters.

Genocea remained confident about the program, especially given that zero patients experienced dose-limiting toxicity. No self-reactivity or autoimmune toxicity was observed.

"This activity in low intensity regimens shows that the neoantigen targeted cells are recognizing and engaging with the tumor, which is a very encouraging sign of the potential for greater clinical activity in more intense regimens," commented Thomas Davis, M.D., chief medical officer of Genocea, in a news release. "The continued improvements to our PLANET manufacturing process could lead to more clinically meaningful results in this patient population with high unmet need."

Zentalis shares dropped 30% to $33.97 each Friday after researchers found drug-drug interactions in certain doses of ZN-c5.

Although the company said that the drug is not likely to have any interactions with commonly used medications or ZN-c3 at certain doses, investors may have seen this factor to be a risk. The drug has demonstrated meaningful bone protectant activity in mouse models and shown excellent tolerability.

ZN-c5 is an oral selective estrogen receptor degrader (SERD) for ER+/HER2-breast cancer. Zentalis Pharmaceuticals has given the license for ZN-c5, ZN-c3 (for advanced solid tumors) and ZN-d5 (for hematologic malignancies and related disorders) to Zentera Therapeutics, its joint venture, to develop and market these drugs to patients in China.