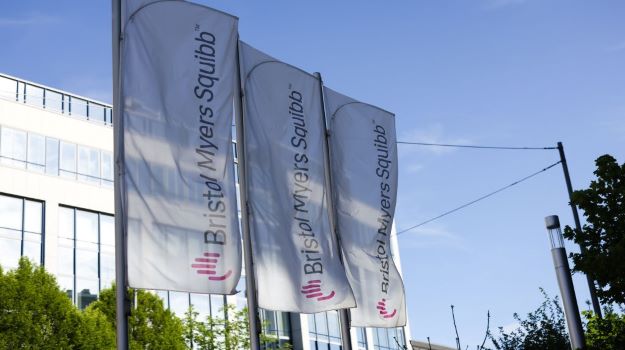 Biopharmaceutical giant Bristol Myers Squibb has announced that it is withdrawing its peripheral T-cell lymphoma drug Istodax from the market after recent trials showed that it did not achieve its primary efficacy endpoint.

Istodax was brought to market after Celgene Corporation, its maker and a wholly-owned subsidiary of Bristol Myers Squibb, received accelerated approval from the U.S. Food and Drug Administration to be used as a treatment for PTCL in adult patients who have been given at least one other type of therapy. That decision was based on positive results from two clinical trials, which showed that Istodax had a good overall response rate.

However, when BMS further expanded the study into a Phase III trial to confirm findings, they observed that the drug couldn't meet its primary efficacy endpoint of progression-free survival.

Istodax, with the scientific name romidepsin, is a histone deacetylase (HDAC) inhibitor that is being used as monotherapy for PTCL. HDACs catalyze the removal of the acetyl group in histones to modulate gene expression.

Istodax works to cause an accumulation of acetylated histones, thereby inducing cell arrest and apoptosis in some cancer cell lines. It is not recommended for pregnant and nursing women and patients with moderate to severe hepatic illnesses or end-stage renal disease.

The latest trial where the withdrawal is based on the evaluation of romidepsin plus CHOP (Ro-CHOP) and CHOP in first-line PTCL patients. CHOP is a combination of chemotherapy drugs used to treat non-Hodgkin lymphoma and mantle cell lymphoma, while Ro-CHOP is an expanded combination of the medications used for diffuse large B-cell lymphoma (DLBCL). From the Phase III trial, the company saw that it had demonstrated sufficient clinical benefit in relation to identified endpoints and PTCL.

"While the outcome of the confirmatory study in peripheral T-cell lymphoma is disappointing, Bristol Myers Squibb will continue to provide Istodax for patients with cutaneous T-cell lymphoma, where it remains an approved and important treatment option," commented Noah Berkowitz, M.D., Ph.D., senior vice president for Hematology Development at Bristol Myers Squibb, in a press release.

The company is sending out notices to healthcare providers about its decision to withdraw Istodax for PTCL. However, the drug will stay on the market for use in treating those diagnosed with cutaneous T-cell lymphoma (CTCL) and who have received at least one systemic therapy.

Patients using Istodax are advised to consult with their healthcare provider to know their next course of treatment or, if their physician sees it fit if they can still continue using the drug. Those who have questions about Istodax and might need access and reimbursement support are encouraged to call BMS Access Support.