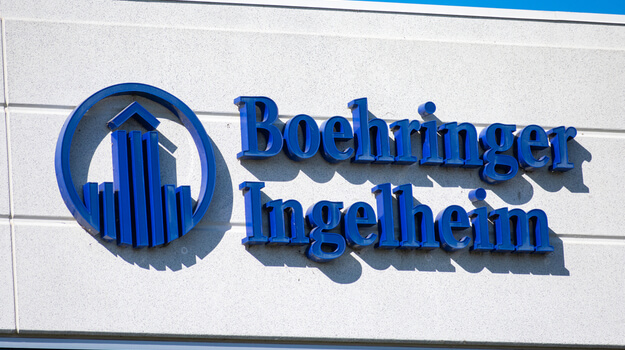 The FDA has approved Boehringer Ingelheim's Spevigo (spesolimab) for generalized pustular psoriasis (GPP) flares in adults, making it the first drug approved for this indication.

Data from the Phase II EFFISAYIL 1 trial formed the foundation for the FDA’s green light. The company announced in December 2021 that Spevigo reached its primary efficacy endpoint in the 12-week trial, in which 54% of participants showed no visible pustules after one dose of the newly approved drug, as opposed to only 6% in the placebo arm.

Spevigo also led to clear or almost clear skin in 43% of treated patients, whereas only 11% of placebo comparators reached such an endpoint.

EFFISAYIL 1 enrolled 53 patients, most of whom had high or very high pustule density and low quality of life at the start of the trial. Spevigo was given at 900-mg intravenous doses. The drug’s effect remained durable throughout the duration of EFFISAYIL and led to a better quality of life. The trial’s results were published in The New England Journal of Medicine.

“Spevigo is the first FDA-approved treatment indicated for GPP flares in adults,” a Boehringer Ingelheim spokesperson told BioSpace. “For GPP patients, it offers the opportunity to treat unpredictable, painful and potentially life-threatening flares. Until now, there was no FDA-approved treatment that could help.”

Afflicting one out of every 10,000 people, GPP is a rare and heterogeneous disease that can become life-threatening if left unchecked. It develops when neutrophils accumulate in the skin, which gives rise to painful pustules over the body. In some patients, GPP relapses with recurrent flares, while others experience persistent GPP with intermittent flares. Severe complications of GPP include sepsis and multi-organ failure.

Spevigo is an intravenous humanized selective antibody and treats GPP by blocking the interleukin-36 receptor, which has been shown to play an important role in many auto-inflammatory conditions. According to the company spokesperson, Spevigo is also being investigated as a way to prevent GPP flares. Studies of the drug are also underway in other neutrophilic skin conditions.

Spevigo has been awarded the Breakthrough Therapy, Priority Review, Orphan Drug and Rare Disease designations in various jurisdictions, including the U.S., China, Taiwan, Korea and Australia. In October 2021, the European Medicines Agency also validated the marketing authorization application for Spevigo. Regulatory review of the drug is ongoing in other countries.

Once it hits the market, Spevigo will be priced similarly to other biologic medicines for the treatment of rare skin diseases, the company spokesperson said, though exact out-of-pocket costs will vary. Depending on the specific insurance coverage, some patients may get the drug free of charge. Boehringer stated it will continue to work with insurance providers to ensure broad and easy access to Spevigo.