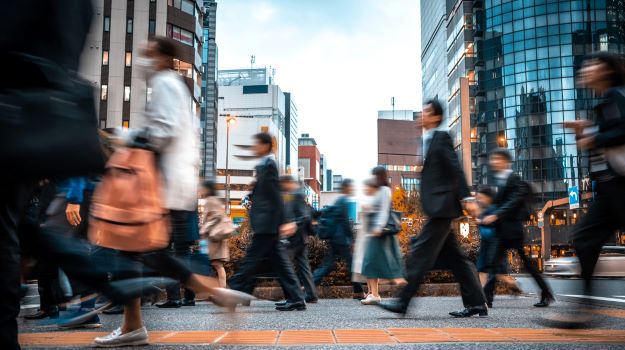 This week, multiple biopharma and life sciences companies tapped new leaders to take the reins of their organizations. Multiple chief executive officers were selected to guide the companies through the remainder of 2022, as well as other top executives who will bolster the leadership teams.

Astria Therapeutics - The Boston-based company has named Chris Morabito, M.D. as its chief medical officer. Astria is a biopharmaceutical company that is developing STAR-0215 for hereditary angioedema (HAE), which is characterized by recurrent attacks of angioedema without urticaria or pruritus. HAE causes severe swelling in various parts of the body, including the extremities, face, genitals, gastrointestinal tract and upper airway.

Before joining Astria, Morabito was the chief medical officer at Fulcrum Therapeutics and before that, held the same position at Cardurion Pharmaceuticals.

Apertura Gene Therapy – Joseph La Barge was named CEO of Apertura. La Barge joins Apertura with over 20 years of experience building and operating life-science companies. Most recently, he served as CBO of Spark Therapeutics, where he was one of the earliest employees. La Barge succeeds Dave Greenwald, who served as acting CEO from the founding of Apertura over a year ago. Prior to Spark, La Barge served as vice president, general counsel & secretary, and chief compliance officer at Tengion, Inc.

“Over the course of my career I have seen firsthand the profound impact gene therapies can have for patients and their caregivers," La Barge said in a statement. "Apertura combines two powerful platform technologies from the Broad Institute and Harvard Medical School, and with the support of Deerfield, holds enormous promise to develop new AAV gene therapies that have the potential to alleviate a broad range of genetic diseases.”

CytoDyn Inc. – Cyrus Arman was named president of CytoDyn. It is anticipated he will move into the position of CEO within six months. Antonio Migliarese, who had been serving as interim president since late January, will resume his previous role as CFO. Most recently, Arman served as chief business officer for Nimble Therapeutics. Arman's prior experience was as the vice president of corporate development and strategy at NEUVOGEN, Inc. Before NEUVOGEN, he was a director in Amgen's corporate strategy group, contributing to rebuilding and running Amgen's global competitive intelligence and strategy unit.

Fulcrum Therapeutics – Christopher Morabito has stepped down from his role as chief medical officer at Cambridge, MA-based Fulcrum Therapeutics. Judith Dunn, president of research and development, will provide interim leadership while the executive search for a new CMO is ongoing. Dunn was appointed to her role at Fulcrum in 2021. Before Fulcrum, she held multiple leadership positions spanning from discovery to commercialization, including leading global clinical development for Roche.

Centauri Therapeutics Limited – London-based Centauri Therapeutics strengthened its leadership team with three key leadership appointments. Jennifer Schneider was named CEO, Helen Bright was tapped as vice president of R&D, and David Roblin was named chairman of the board of directors. Schneider was most recently executive officer for North America's Global Antibiotic Research & Development Partnership (GARDP). Bright joins Centauri from Medicines Discovery Catapult. She has held leadership roles at AstraZeneca, Pfizer and GlaxoSmithKline. Roblin is chair of scientific translation at the Francis Crick Institute and serves as CEP of Relation Therapeutics.

Recce Pharmaceuticals – Philip Sutton was named vice president of translational sciences. Sutton has more than three decades' worth of research and industry experience in immunology, inflammatory disease and Helicobacter pylori (H. pylori) bacteria. He served as the former head of Immunology at CSL Limited in Melbourne and was chief editor of a textbook titled "Helicobacter pylori in the 21st Century."

Cerus Endovascular Ltd. – Stephen Griffin was named CEO of the privately-held medical device company. Griffin has been with the company since 2014 and was appointed president in 2018.

SpyBiotech – British biotechnology company SpyBiotech tapped Mark Leuchtenberger as its new CEO. Sumi Biswas, the company's co-founder and former CEO, remains president and becomes chief scientific officer. Leuchtenberger recently served as executive chairman for Aleta Biotherapeutics and previously as CEO of Brooklyn ImmunoTherapeutics and president and CEO of IRX Therapeutics. He has over 20 years of experience as a CEO in the biopharmaceutical industry. Leuchtenberger was president and CEO at Chiasma, Acusphere, Inc., Rib-X Pharmaceuticals, Inc., Targanta Therapeutics Corporation and Therion Biologics Corporation. Prior to Therion, he was a senior officer at Biogen Inc.

M2GEN – Melissa Honour was named chief product officer of the Tampa-based company. Honour will be responsible for accelerating the value of M2GEN's oncology discovery data products, tools and services for research and industry partners by expanding the company's product management functions. Most recently, she served as vice president of product management at Ontada, responsible for growing and managing its precision medicine and community oncology portfolio.

Brii Biosciences Limited – Susannah Cantrell was named chief business officer. She most recently served as chief operating officer and CBO at Second Genome. Before that, she was chief commercial officer at Tricida and also previously held the role of head of the global commercial strategy and marketing oncology at Gilead Sciences. She also held senior level and sales and marketing positions early in her career at global pharmaceutical giants, Genentech/Roche and GlaxoSmithKline.

Immunitas Therapeutics – Lynette Herscha was named COO of the Massachusetts-based immunotherapy company. She joins the Immunitas team from Senda Biosciences, where she most recently served as chief legal officer and corporate secretary. Herscha has held additional leadership roles at multiple biopharma companies, including Solid Biosciences and Concert Pharmaceuticals.

Kezar Life Sciences – Nick Mordwinkin was appointed CBO of Bay Area-based Kezar Life Sciences. Mordwinkin most recently served as head of corporate development, inflammation and fibrosis at Gilead Sciences and served as senior director and head of corporate strategy at Ultragenyx Pharmaceutical. He co-founded and previously served as the president of Curium Inc., a consulting firm focused on biotech and pharmaceutical strategy. Before that, he was an equity research associate at BMO Capital Markets.

Absci Corporation – Denise Dettore joined the company as chief people officer, and Jack Gold was named chief marketing officer. Dettore joins Absci with 26 years of experience in human resources in Silicon Valley, 10 years of which were in high-tech companies, including Hewlett-Packard and Electronic Arts. For the past 16 years, she has been working in the biotech industry, spending time at Genentech, Jazz Pharmaceuticals and BeiGene, where she served as vice president of human resources for North America, Europe and new markets. Gold was previously chief marketing officer at Zymergen. Prior to Zymergen he spent 21 years at Nike, serving in multiple senior marketing roles to help build the brand worldwide.