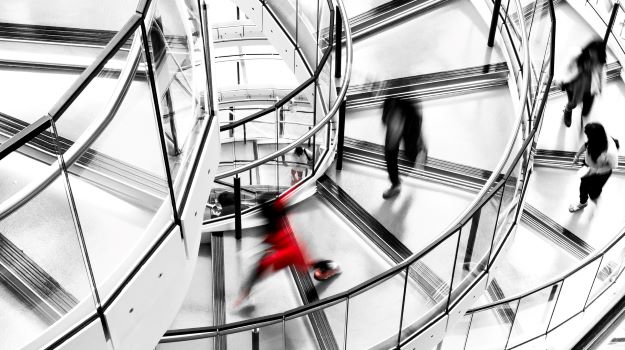 Kura Oncology – Teresa Bair was named chief legal officer of San Diego-based Kura Oncology. Bair joins Kura with more than 25 years of combined in-house and law firm experience, most recently as General Counsel at Athenex. Prior to Athenex, she was a partner at Harris Beach PLLC. Bair serves on the Boards of Directors of BirchBioMed Inc., the University at Buffalo Law Alumni Association and the Western New York Women’s Foundation. She also serves on the Board of Trustees of the University at Buffalo Foundation as well as the Advisory Boards of Varia Ventures and the Buffalo Institute for Genomics & Data Analytics.

Umoja Biopharma – Clay Siegall, president and chief executive officer of Seagen Inc., was tapped as chairman of the board of directors at Seattle-based Umoja. Prior to founding Seagen, Siegall held numerous leadership positions at Bristol Myers Squibb Pharmaceutical Research Institute and the National Cancer Institute, a part of the National Institutes of Health. In addition to his roles at Umoja Biopharma and Seagen, he also currently sits on the Board of Directors for Nurix Therapeutics, Inc. and Washington Roundtable.

Enzo Biochem – Hamid Erfanian was named CEO of New York-based Enzo. Erfanian brings over 28 years of experience as a seasoned healthcare executive specializing in the diagnostic, medical devices, and life sciences industry. Erfanian was most recently chief commercial officer of EUROIMMUN, a PerkinElmer Company. He previously served as CEO of its U.S. subsidiary, a position he held from June 2014 through August 2021. Prior to EUROIMMUN, Erfanian held executive and senior positions at several notable diagnostics companies including Diagnostica Stago, Beckman Coulter, and Abbott Laboratories.

Vizgen – Dale Levitzke was named senior vice president of Global Sales and Support at Cambridge, Mass.-based Vizgen. In his role, Levitzke will be responsible for guiding the company towards a global MERSCOPE product launch in 2022, in part by growing distribution channels to match the massive market demand for spatial genomics tools. His immediate focus will be fostering the growth of the Global Sales and Global Service teams to support worldwide commercial endeavors. Prior to Vizgen, Levitzke served as vice president of Worldwide Sales at NanoString Inc. Most recently he served as vice president of Worldwide Sales and Marketing at Dropworks Inc.

Kala Pharmaceuticals – C. Daniel Myers was named to the Kala board of directors. Myers will serve as a Class III director, and join both the Compensation and Nominating and Corporate Governance Committees. Myers is currently the CEO of MediPrint Ophthalmics, Inc., which was formerly Leo Lens Pharma, a position he has held since 2020. Prior to that he was the co-founder and CEO of Alimera Sciences, where he continues to serve as Non-Executive Chairman of the Board of Directors. Before founding Alimera, Myers was a founding employee of Novartis Ophthalmics and served as president from 1997 to 2003 and as Vice President of Sales and Marketing from 1991 to 1997. He previously served on the Board of Directors of Ocular Therapeutix, Inc. from 2009 to 2012.

Cullinan Oncology – Nadim Ahmed was named president and CEO of Cullinan. Ahmed succeeds Owen Hughes, who resigned as CEO and as a member of the company’s Board of Directors. Hughes will take on the role of Strategic Advisor to the company to support the transition. Ahmed has more than twenty-five years of leadership experience in oncology across a range of development and commercialization roles, including recently at Bristol Myers Squibb, where he served as president of Hematology and at Celgene Corporation, where he served as president of Global Hematology & Oncology.

George Clinical – Graham Birrell joined Australia-based George Clinical as head of Project Operations, APAC. In his new role with George Clinical, Birrell will be based in the Asia Pacific region overseeing the extensive project teams the firm has throughout Australia, New Zealand, China, Taiwan, Malaysia, the Philippines, Singapore and South Korea. His more than 30 years of biopharmaceutical industry experience includes drug discovery and development including positions with GSK, Pfizer and Servier, clinical operations, project management, regulatory consulting, and business development. Formerly serving as vice president of Clinical Development at Travecta Therapeutics, Birrell has also held senior management roles in the UK and Singapore with CROs such as Parexel, ICON, IQVIA and most recently Syneos Health.

ADMA Biologics – Young T. Kwon was appointed to the ADMA Board of Directors. Kwon is presently an operating partner at Lightstone Ventures (LSV), assisting the LSV biopharmaceutical team with deal sourcing, due diligence, and portfolio management. Prior to LSV, he served as chief financial and business officer at Momenta Pharmaceuticals. Prior to Momenta, Kwon was a business development professional at Biogen, driving a variety of transactions.

Cleerly – Heart disease-focused Cleerly named Jim Hartman as chief revenue officer. Prior to joining Cleerly, Hartman was vice president of sales and the team leader for third-party administrators and resellers at Teladoc Health after its merger with Livongo Health. Previously, he was vice president of sales at Maquet Getinge Group and oversaw several product divisions, including cardiovascular interventions.

Versantis AG – Katharina Staufer was named chief medical officer of Switzerland-based Versantis. Staufer is a gastroenterologist and hepatologist with a strong clinical and scientific background in metabolic liver disease, liver cirrhosis and transplant hepatology, including orphan liver diseases.
Staufer was most recently Head of Transplant Medicine at the Inselspital, University Hospital Bern, Switzerland. She has been a consultant specialist in Internal Medicine, Gastroenterology & Hepatology at the Medical University of Vienna, Austria.

X4 Pharmaceuticals – Francoise de Craecker was appointed to the board of directors of X4 and Karolyn Park was named vice president of U.S. Commercial. Each brings significant experience in strategic marketing of rare disease therapeutics and commercial operations, the company said. de Craecker currently serves as an Independent Director of the French biopharmaceutical company GenSight. Previously, she served as General Manager Europe, Middle East, and Africa (EMEA) at AveXis Europe, now a Novartis company. Prior to that, Ms. de Craecker served as Senior Vice President and General Manager EMEA at Raptor Pharmaceuticals Europe. Previous to X4, Park served in multiple roles at Takeda Pharmaceuticals, including Senior Director, U.S. Hematology Portfolio Strategy and Director, U.S. Trintellix Strategy & HCP Marketing Lead. Prior to that, Park served as director of U.S. Fabry Marketing at Sanofi Genzyme.

CinCor Pharma – Mason W. Freeman was named executive vice president of Clinical Development at CinCor. Most recently, he founded the Translational Research Center at Massachusetts General Hospital, which evaluates novel therapies developed by both academic teams and biopharmaceutical companies for a wide range of diseases. Freeman served as Head of the Translational Medicine program for Cardiovascular & Metabolic Diseases for Novartis as well as the company's Head of Biomarker Development.

Artizan Biosciences – Bridget Martell was named president and CEO of Artizan. She has held leadership and C-suite executive roles at companies including Kura Oncology and at Juniper Pharmaceuticals. Martell is a currently a member of the Board of Directors at Achieve Life Sciences and serves as a Venture Partner at AlleyCorp’s Healthcare Fund.

InteRNA Technologies – Netherlands-based InteRNA established its Clinical Advisory Board and added to its Scientific Advisory Board. The CAB is chaired by Emile Voest, who transitions from Chairman of InteRNA’s SAB. Voest is the former Medical Director and currently Senior Group Leader at the Netherlands Cancer Institute in Amsterdam. Other CAB members include Lillian L. Siu, Senior Medical Oncologist at the Princess Margaret Cancer Centre; Josep Tanernero, head of the Medical Oncology Department at the Vall d’Hebron University Hospital; William C. Hahn, the William Rosenberg Professor of Medicine in the Department of Medical Oncology at the Dana-Farber Cancer Institute and Harvard Medical School and an Institute Member of the Broad Institute of MIT and Harvard. The SAB has a new chairman, Jörg Vollmer, the CSO of Abalos Therapeutics. Additional SAB members include Michel Streuli, CEO of Foundry Innovations; Graham Dixon, CSO and head of R&D at Mithra Pharmaceutical SA; and Edwin Cuppen, scientific director of the Hartwig Medical Foundation.

Opus Genetics – Ash Jayagopal was named CSO and Joe Schachle was named COO at N.C.-based Opus. Prior to joining Opus, Jayagopal served as the executive director of discovery medicine at Kodiak Sciences. Previously, Jayagopal was head of molecular pharmacology and biomarkers in ophthalmology at Roche. Before joining Opus, Schachle served as vice president of Customer Experience Enablement and vice president of global commercial services and controlling at Grifols. Previously, Schachle was the COO for Parion Sciences. Schachle has also served as chief commercial officer for Inspire Pharmaceuticals.

Elevation Oncology – Valerie M. Jansen was named CMO. She was promoted from the position of head of Clinical Development. Prior to Elevation, Jansen served as Executive Medical Director at Mersana Therapeutics. Previously, she was a senior medical advisor at Eli Lilly and Company.

Arcturus Therapeutics – Nirdosh Jagota was named Chief Regulatory Officer and Dushyant B. Varshney was named the Chief Technology Officer. Most recently, Jagota was the Senior Vice President in Global Regulatory Affairs and Clinical Safety at Merck & Co. Previously, Jagota held the position of Vice President of Global Regulatory Affairs at Genentech and Pfizer. Before joining Arcturus, Varshney was the Global Head of Manufacturing, Science & Technology at Kite Pharma (a Gilead company). Prior to Kite, he served as the Vice President, Global Head of Technical Services, Operations & Supply at Jubilant, and as the Head of Manufacturing, Science & Technology at Pfizer. Before that, he worked on commercial technology transfer and manufacturing of Flucelvax and pre-pandemic vaccine stockpiles at Novartis.

Obsidian Therapeutics – Maria Fardis, a Venture Partner at Frazier Life Sciences, was appointed to the board of directors at Obsidian. She previously served as president and CEO of Iovance Biotherapeutics. Prior to Iovance, Maria served as the COO of Acerta Pharma B.V. Prior to that, she worked at Pharmacyclics, Inc., where she served as Chief of Oncology Operations and Alliances. Prior to joining Pharmacyclics, Maria held increasingly senior positions in Medicinal Chemistry and the project and portfolio management department at Gilead Sciences, Inc.

Guardant Health – Sumitovant Biopharma CEO Myrtle Potter was named to the board of directors. Previously, she served as COO at Genentech. Prior to Genentech, she held various positions at BMS, including president, U.S. Cardiovascular/Metabolics, and as a vice president at Merck & Co.