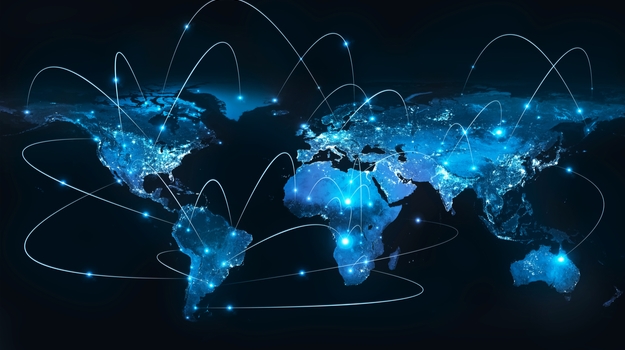 Ilya Pharma – The Swedish Medical Products Agency approved Sweden-based Ilya Pharmaceutical’s lead candidate, ILP100, for a first-in-human trial. ILP100 is based on genetically engineered lactic acid bacteria that express the human chemokine CXCL12, known to be involved in tissue regeneration. The treatment is spread topically. With ILP100, the lactic acid bacteria function as small bioreactors on-site in the wound, continuously introducing the CXCL12 into the wound tissue. ILP100 represents a novel drug delivery technology and a novel investigative new product. It is classified as an advanced therapy medicinal product by the European Medicines Agency and as a low-risk candidate under the gene therapy umbrella by the U.S. Food and Drug Administration. The study has an extensive analytical component and this has been in part been developed together with experts and the relevant regulatory bodies including the Swedish MPA. ILP100 as a future product is developed to have low barriers for clinical implementation.

Immunovia AB – Based in Lund, Sweden, Immunovia plans to present more detailed data of its IMMray PanCan-d study at the PancreasFest 2019 in Pittsburgh. Study results demonstrated that the IMMray PanCan-d signature together with CA19-9 generated ROC AUC-values of 0.97, 0.98 and 0.96 when differentiating PDAC vs. non-PDAC symptomatic individuals, healthy controls and type II diabetes, respectively. Similar results were achieved for all stages of PDAC. The study collected and tested 937 patient samples from 150 PDAC (stage I-IV), 570 non-PDAC symptomatic individuals and 217 healthy individuals using IMMray PanCan–d in combination with CA19-9 ELISA assay.

Affibody AB – Sweden-based Affibody AB completed the 12-week interim analysis of its Phase II proof-of-concept study of its bispecific molecule ABY-035 for moderate-to-severe psoriasis. David Bejker, Affibody’s chief executive officer said the interim results are encouraging and they believe that ABY-035 may be a best-in-class option for psoriasis and psoriatic arthritis patients. The Phase II AFFIRM-32 trial is expected to be completed in the first half of 2020.

Arcis Biotechnology – MicroRNA biomarker developer Arcis Biotechnology, based in the U.K., signed an exclusive license agreement with Spain-based Mirnax Biosens for use of its sample preparation and preservation technology. Under the terms of the agreement, Mirnax gains access to Arcis’ nucleic acid sample preparation and preservation technology, to improve the stability of its clinically validated miRNA biomarkers for early disease detection. Arcis will also work with Mirnax to develop a microfluidic device integrating both technologies. Mirnax’ biomarkers are designed for early disease diagnosis, including cancer, arthritis and kidney disease. However, miRNA is often difficult to preserve, degrading rapidly following extraction, which will affect the accuracy of diagnosis. Arcis’ two-step, rapid nucleic acid extraction and preservation technology enables the fragile miRNA biomarkers to be extracted and stabilized in less than three minutes, without the need for instrumentation or heating or cooling steps.

Sigrid Therapeutics – Sweden-based Sigrid Therapeutics AB announced all patients have completed treatment with SiPore15 in the STAR trial. Development is well on track and top-line data will be reported in October this year, the company said. SiPore15 is a first-in-class medical device using specially engineered mesoporous silica particles (MSP) to achieve a reduction in blood sugar – in both pre-diabetics and newly diagnosed type 2 diabetics.

Sernova Corp. – Ontario, Canada-based Sernova’s Phase I/II clinical trial for type-1 diabetes is advancing with additional patients for device and cell transplantation. Interim results include a reduction in body weight, no incidences of adverse events determined to be related to the Cell Pouch implant and an 87.5% reduction in hypoglycemic events from baseline. Also, the cell pouch was well-incorporated with vascularized tissue, which enabled successful transplant of the purified islets, the company said. Sernova CEO Philip Toleikis said the current data from this clinical trial, taken in conjunction with our advancing hemophilia A, hypothyroid, and diabetes stem cell programs, puts Sernova closer to achieving significant advancements in regenerative medicine treatment. The company continue actively recruiting and enrolling subjects and is expecting to report further data from Sernova's clinical study in the second half of 2019.

University of Eastern Finland - Scientists at the University of Eastern Finland and the University of Oxford have shown that small RNA molecules occurring naturally in cells, microRNAs, are also abundant in cell nuclei. Previously, microRNAs were mainly thought to be found in cytoplasm. The scientists also discovered that microRNA concentrations in cell nuclei change as a result of hypoxia. The findings strongly suggest that microRNAs play a role in the expression of genes in the cell nucleus. This observation is crucial for the development of novel gene therapy, among other things. The study was published in Scientific Reports today. The scientists profiled the division of microRNAs in different parts of endothelial cells, discovering that a large share of microRNAs are enriched in cell nuclei. When the scientists exposed the cell culture to hypoxia, they noticed that changes in the concentrations of individual microRNAs mostly took place either in cytoplasm or in the cell nucleus.

NuCana plc - NuCana plc – U.K.–based NuCana has dosed its first patients in the Phase I study involving its ProTide NUC-7738. This marks the third ProTide NuCana has advanced to clinical studies NUC-7738 is NuCana’s ProTide transformation of 3-deoxyadenosine, a novel nucleoside analog with a unique mode of action that has shown potent anti-cancer activity in preclinical studies. NUC-7738 is a ProTide transformation of cordycepin. Cordycepin has demonstrated potent anti-cancer activity in multiple preclinical studies, but has not been successfully developed primarily due to its degradation by the enzyme adenosine deaminase (or ADA). Unlike the parent nucleoside analogue, NUC-7738 is not a substrate for this enzyme and is therefore resistant to degradation by ADA. Similar to NuCana’s other ProTides, NUC-7738 is designed to generate significantly higher levels of the active anti-cancer metabolite of cordycepin, 3’-deoxyadenosine triphosphate (or 3’-dATP), directly inside cells, bypassing the resistance mechanisms of transport, activation and breakdown.

OSE Immunotherapeutics – France-based OSE published its first article on SIRPα, a receptor expressed by myeloid lineage cells, and the target of its immuno-oncology program asset. This article describes the important role of the SIRPα/CD47 axis in the induction and maintenance of acquired immune tolerance. Based on a transplant model, the OSE R&D team demonstrated that blockade of the inhibitory SIRPα molecule breaks allograft immune tolerance, in part by modifying both the phenotype and the function of regulatory MDSC (myeloid-derived suppressive cells) and the macrophage response.