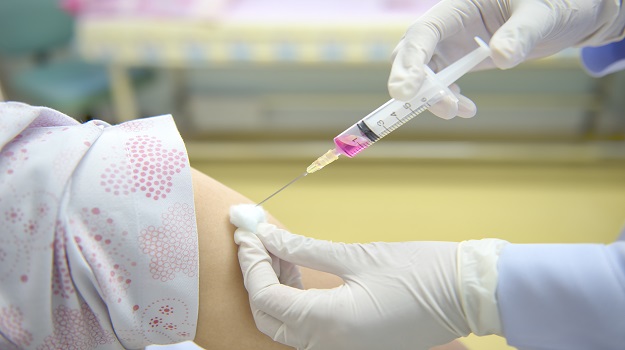 The 2017/2018 influenza season was considered one of the worst, made more so by the ineffectiveness of the season’s flu vaccine. In a late-February statement, the U.S. Food and Drug Administration (FDA)’s commissioner Scott Gottlieb, outlined efforts the agency was going to make to improve the effectiveness of the influenza vaccine.

The agency is focusing partially on simply determining why this year’s flu vaccine missed the mark. The Centers for Disease Control and Prevention (CDC) indicated that this year’s H3N2 flu vaccine was only 25 percent effective. But the agency doesn’t think it was an issue of getting the H3N2 strain wrong when it began to produce the season’s vaccines. Analysis has suggested there was a reasonable match between the reference viruses and the circulating flu strains.

The FDA is continuing to analyze the data. One possibility is that people need a stronger dose—a greater amount of H3N2 antigen—to produce the best immune response. There are also some early indicates that cell-based flu vaccine might be more effective—at least a little bit—than egg-based vaccines.

Bill Gates via The Bill and Melinda Gates Foundation and Google co-founder Larry Page recently pledged $12 million to research to develop a universal flu vaccine. It’s unlikely to come up with anything in time for the 2018/2019 flu vaccine—if ever. It will be spread into $2 million grants for specific research projects and be distributed over a two-year period. If they show promise, they will be eligible for grants of up to $10 million.

Bruce Gellin, president of the Sabin Vaccine Institute’s Global Immunization, in response to the challenge, stated in late-April, “Alongside independent efforts such as the Grand Challenge, Sabin has embarked on a three-year initiative to help move the world closer to ending the threat of flu. Our work will focus on fostering innovative approaches from diverse disciplines to accelerate the development of a universal flu vaccine. We will be an innovation broker, building bridges, creating networks and inviting disruptive thinkers to the table to explore new angles that complement, and challenge, traditional medical research in order to spur the next breakthrough.”

Other companies are working on approaches as well. BBI Solutions, noting that part of the FDA’s new guidelines for rapid antigen influenza tests requires that these kits give false negatives in no more than 20 percent of tests, compared to a previous lack of established performance criteria. That puts more pressure on the companies in this area.

BBI Solutions is using its patent-pending Morffi signal enhancement technology to work with manufactures on increasing the sensitivity of their rapid lateral flow influenza tests. The tech was launched in 2017, and boosts test sensitivity and up to a ten-fold improvement in detection limits, along with faster time-to-results.

“The significant changes to the regulations around rapid influenza tests, mean many manufacturers now need to take urgent steps to improve the quality and sensitivity of their influenza assays to ensure they can detect trace amounts of the virus, keep communities safe and meet the FDA’s new criteria,” said Morgan West, BBI Solutions’ New Product Development Lead, in a statement. “What many manufacturers have found is that although their assays may look good on paper, when they’re being used in the field they’re experiencing a high number of false negatives, which is putting people at risk and means their tests lack the sensitivity needed to meet the FDA’s new standards.”

Vaccitech, a UK-based biotech company, presented data on its universal flu vaccine in March at the 2018 Annual Conference on Vaccinology Research run by the National Foundation for Infectious Diseases. It was a very small study in six healthy patients. No severe or serious side effects were observed, and the vaccine did result in significantly higher levels of relevant T cells after three weeks. In a comparison to a vaccine lot produced in Chicken Embryo Fibroblasts, the vaccine seemed to have a better immune response. The vaccine is now in a global Phase IIb trial of 3,200 patients that will be completed in the third quarter of 2019.

And on May 16, FluGen, located in Madison, Wisconsin, announced that its first patient had been dosed in a clinical trial in Belgium with its influenza vaccine, although the company seems careful about calling it a “universal” vaccine.

“If successful, the results from this challenge study of FluGen’s M2SR vaccine would represent a significant step forward in bringing a novel influenza vaccine to patients; and which responds to the need for broader protection and increased effectiveness, as compared to existing influenza vaccine options,” said Paul Radspinner, FluGen’s chief executive officer, in a statement.

There are any number of companies and institutions working on a universal flu vaccine, including researchers at Georgia State, Vacthera, Vivaldi Biosciences, Inovio, BiondVax Pharmaceuticals and others.

It’s not clear if a universal flu vaccine is even a scientific possibility—there are plenty of skeptics. Anthony Fauci, director of the National Institute of Allergy & Infectious Diseases (NIAID) told Scientific American recently, “It’s a scientific challenge because there are still so many things we don’t know.” And he believes a perfect vaccine against all flu types is “unattainable.”

Still, given the severity of this most recent flu season, “better” would be a positive improvement.