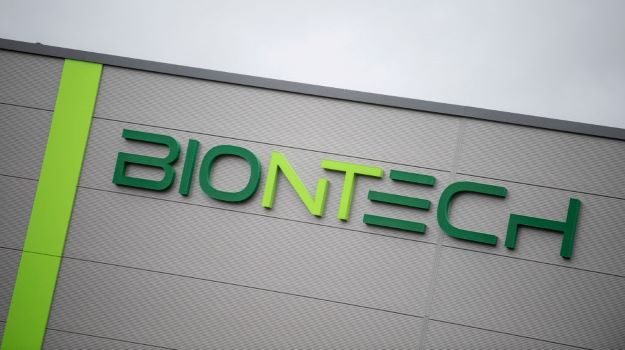 BioNTech is best known for its mRNA COVID-19 vaccine developed with Pfizer, but a major part of the company’s pipeline is focused on mRNA cancer therapeutics. At the American Society of Clinical Oncology (ASCO)'s annual meeting this weekend, the company and Dr. Vinod Balachandran, M.D. of Memorial Sloan Kettering Cancer Center, presented preliminary Phase I data of its BNT122, which it is evaluating with Genentech (Roche) in pancreatic cancer.

The Phase I trial is studying the mRNA-based individualized neoantigen specific immunotherapy (iNeST) autogene cevumeran (BNT122) in combination with Genentech’s Tecentriq (atezolizumab), an anti-PD-L1 immune checkpoint inhibitor, and chemotherapy. The patients in the study have resected pancreatic ductal adenocarcinoma (PDAC).

The early data demonstrated a favorable safety profile and encouraging indications of clinical activity. BNT122 is being developed in multiple solid tumor indications.

The data presented at the meeting was from 19 patients who had surgery and received Tecentriq. Of them, 16 received BNT122 at 9.4 weeks after surgery. The data from the 16 patients demonstrated the therapy was well-tolerated, with only one developing a vaccine-related Grade 3 fever and hypertension. The therapy induced de-novo, neoantigen-specific T cell response in half of the patients from previously undetectable levels. And at an early median follow-up at 18 months, patients with the de-novo immune response showed a significantly longer recurrence-free survival (RFS) compared to the patients without vaccine-induced immune responses.

“With only under 5% of patients responding to current treatment options, PDAC is one of the highest unmet medical need cancers,” Dr. Özlem Türeci, M.D., co-founder and chief medical officer of BioNTech said. “We are committed to take up this challenge by leveraging our long-standing research in cancer vaccinology and are trying to break new ground in the treatment of such hard-to-treat tumors. The results of this phase I study are encouraging. We look forward to further evaluating these early results in a larger randomized study.”

iNeST immunotherapies are individualized cancer treatments targeting the patient’s unique tumor. They hold unmodified, pharmacologically optimized mRNA that codes for up to 20 patient-specific neoantigens that are identified via real-time next-generation sequencing and bioinformatic neoantigen discovery. Neoantigens are proteins produced by cancer cells that are different from proteins manufactured by healthy cells. The mRNA is then inserted into the company’s proprietary intravenous RNA-lipoplex delivery formulation.

In April, BioNTech presented data at the 2022 American Association of Cancer Research (AACR) conference describing another of its experimental cancer therapies, BNT211. It is a CAR-T cell therapy for patients with advanced solid tumors. BNT211 has a combination of two drug products: an autologous CAR-T cell therapy targeting the oncofetal antigen Claudin-6 (CLDN6) and a CLDN6-encoding CAR-T cell amplifying RNA vaccine (CARVac) that uses the company’s mRNA-lipoplex technology. The data presented were from 16 patients who received the therapy, some with only the CLDN6 CAR-T and some combined with CARVac.

In that study, the indications included testicular cancer, ovarian cancer, endometrial cancer, fallopian tube cancer, sarcoma and gastric cancer. Both groups demonstrated that the therapy was well tolerated and showed encouraging clinical activity. There were some side effects, such as cytokine release syndrome, which was manageable, and mild indications of pancreatic toxicity.

Türeci, at the time, said, “Seeing first anti-tumor effects even at the lowest CAR-T cell dose in this heavily pre-treated patient population is truly remarkable and points to the potential of our CAR design and our CARVac approach.”

mRNA technology, which has been so effective as a vaccine against COVID-19, is largely unproven in any other indications such as cancer, although hailed in the last decade as having great potential. BioNTech’s efforts so far are good proof-of-concept for the technological approach to cancer. BioNTech also has programs for infectious diseases outside of COVID-19, including shingles, malaria, tuberculosis, HSV and HIV. It has at least five cancer programs in Phase II and about a dozen in Phase I for pancreatic cancer, non-small cell lung cancer, colorectal cancer, melanoma, HPV16+ head and neck cancer, prostate cancer and other solid tumors.

Moderna, the other primary competitor in mRNA therapies, also is developing mRNA therapeutics for autoimmune disorders and cancer, including a personalized cancer vaccine (mRNA-4157), a KRAS vaccine (mRNA-5671), a checkpoint vaccine (mRNA-4359) and other cancer treatments, as well as a broad infectious disease program.