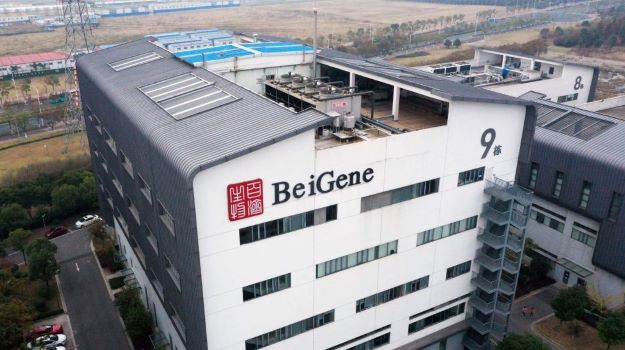 In the case of teslilizumab, they presented 34-month follow-up results from a Phase II trial that showed the drug was active and generally well-tolerated in R/R cHL. This data supported the conditional approval of the drug for this indication in China in patients who received at least two previous therapies. That approval was given in December 2019.

“Despite the progress made by previous checkpoint inhibitors in R/R cHL treatment, only a minority of patients can achieve a CR,” said Yuqin Song, chief physician and deputy director of the Lymphoma Department at Beijing Cancer Hospital and a principal investigator of the trial.

“As demonstrated in the 34-month follow-up results, tislelizumab achieved deep, durable, and consistent responses in these patients regardless of subgroup characteristics, and nearly 70% of patients reached complete remission. We are hopeful that this NMPA-approved immunotherapy can bring continued clinical benefits to patients with R/R cHL in China.”

In the case of Brukinsa, they presented 35-month follow-up data from a Phase II trial showing the drug’s long-term benefit and tolerability for patients with R/R MCL. This was part of the data used to support the drug's accelerated approval in this indication to the U.S. Food and Drug Administration (FDA) in November 2019 and the conditional approval in China in June 2020.

“With nearly three years of patient follow-up, Brukinsa sustained a high response rate in patients with R/R MCL, and the safety profile remained largely unchanged with longer treatment exposure,” said Yuqin Song. “We hope these encouraging results will further establish this highly selective BTK inhibitor as a preferred treatment for patients with R/R MCL in the approved geographies.”

They also presented 34-month follow-up data from a pivotal Phase II trial. Brukinsa continued to show deep and durable responses in patients with R/R CLL, regardless of subgroup characteristics. It was well-tolerated with no new safety issues. This data supported the conditional approval of the drug in China in June 2020 for adults with CLL or SLL who had received at least one previous therapy.

“With an additional 19-month follow-up time, Brukinsa continued to demonstrate promising efficacy and tolerability, as deeper responses were observed in more patients and no new safety signals were identified,” said Wei Xu, professor at the First Affiliated Hospital of Nanjing Medical University and a principal investigator of the trial. “High-risk patients with del(11qq), del(17p), and/or TP53 mutation were also able to achieve deep and durable responses, and PFS among patients with a prolonged PR-L was on par with patients who achieved a CR or PR.”

In addition, BeiGene presented data from the interim analysis of the Phase III ALPINE trial comparing Brukinsa to Imbruvica (ibrutinib).

The BTK inhibitor market for CLL is dominated by AbbVie and Johnson & Johnson’s Imbruvica. AstraZeneca’s Calquence is also a player, and was approved by the FDA for previously untreated R/R CLL/SLL in 2019. BeiGene, late to the market, will need to demonstrate that Brukinsa is more effective.

“While ibrutinib has transformed the outlook for patients with chronic lymphocytic leukemia, or CLL, not all patients respond to treatment and toxicities associated with prolonged exposure remain an issue,” said Peter Hillmen, professor of Experimental Haematology at University of Leeds and principal investigator of the ALPINE trial.

“The ALPINE trial is the only head-to-head study in CLL to demonstrate an efficacy advantage for a more selective BTK inhibitor over ibrutinib. Compared to ibrutinib, Brukinsa demonstrated superiority in investigator-assessed overall response rate in patients with relapsed or refractory CLL. Additionally, the event rate of atrial fibrillation or flutter, an important indicator of cardiac toxicity, was also significantly lower with Brukinsa.”