At ISCT This Week, Cell & Gene Therapy Grows Up 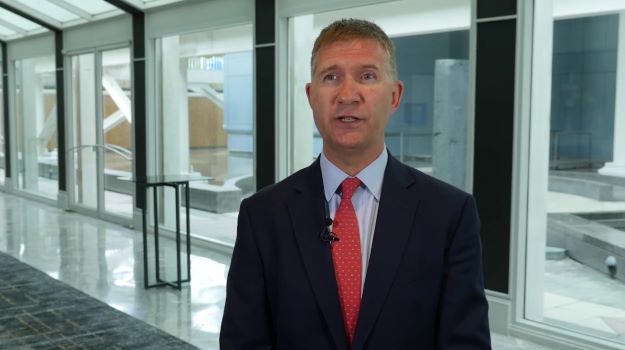 The cell and gene therapy space is growing up and spawning myriad scientific gatherings, including two on the immediate horizon. On May 16, the 25th annual meeting of the American Society of Gene & Cell Therapy (ASGCT) will commence in Washington, DC. And this week in San Francisco, industry, investors, regulators, physicians and patients will convene at the International Society for Cell & Gene Therapy (ISCT)’s annual conference – the first to be held in person since 2019.

Sven Kili, CEO at Antion Biosciences and 2022 Annual Meeting co-chair told BioSpace that the conference will “set the pace” for the next 12 months in terms of the most intriguing technology, key investments and key moves.

“We often talk jokingly, but it's actually quite serious, that this represents almost the G7 summit of cell and gene therapy,” Kili said. Rather than being a place where partnerships and M&A activity is announced (though that may come after), ISCT is focused on really changing the landscape of the cell and gene therapy space.

A summit evokes the idea of key community leaders coming together to make important decisions, and the organizers of ISCT felt it important that every voice is at the table for every key discussion, as opposed to branching off into their own siloed manufacturing or cancer tracks.

At typical scientific meetings, “You have a regulatory track and you have a manufacturing track and everyone toddles off to their own track where they sit in isolation and hear about the latest developments,” Kili said. ISCT wanted to provide better educational value for its attendees. So, this year’s meeting will reflect the development pathway of a cell and gene therapy product.

This year’s theme: Bench to Bedside to Benefit - Creating Value for Patients through CGT Translational Science, will integrate the full chorus of voices discussing four main topics: Innovation and R&D – “the cool new technology”; translation into the clinic; late-stage clinical development; and launch and patient access.

Speaking of cool new technology, Geneva, Switzerland-based Antion will be presenting new data around its proprietary miCAR platform, which aims to overcome some of the current limitations in gene editing.

This is where Antion, which recently entered into a collaboration funding agreement with Allogene Therapeutics, comes in.

“This miCAR platform allows us to silence up to six different genes and add a CAR or a TCR all in a single construct, in a single transduction step,” he explained, adding that the technology enables Antion to “create very highly modified cells that have very high efficiency and a very good recovery,” all without exhausting the cells during the manufacturing process.

This week, Antion will present data that shows the functional silencing of six different genes with a CAR and the activation and activity of the chimeric antigen receptor.

Kili said to also anticipate announcements regarding technological advances in COVID-19 and Acute Respiratory Distress Syndrome (ARDS). Interest in each is understandably at a fever pitch. The second track will focus on overcoming some of the big challenges in early clinical work, such as patient enrollment and running remote clinical trials, while the third will look at the later stages of clinical development.

It’s the fourth track, however, where Kili focused most of his thoughts.

“This is kind of a coming of age for ISCT,” he shared. “ISCT, in the many years before, was focused on a lot of R&D work and clinical translation, but we've seen in the last few years more products come into the market and this is an area of creating really good launch excellence. How do you launch and provide therapies that are good value, that change patients’ lives, that make patients’ lives easier in the administration? All of these things are going to be critical to discuss.”

On May 6, Kili will host a discussion entitled Are Cell & Gene Therapies a First World Only Luxury?

“We sit in our first world countries, all very happy and we have access to many of these therapies. But what about patients in South America and Sub-Saharan Africa? What are we doing as an environment about making these therapies available to them?” he asked. Kili has brought together panelists including the Institute for Cellular and Molecular Medicine in South Africa, Caring Cross in the United States, Universidad de los Andes in Chile and Novartis.

This stronger molecular science will then “translate into better understanding and better refinement of the technologies, the cell-based therapies that we're using, so our ability to penetrate and survive those cells in solid tumors in that tumor microenvironment,” Kili continued.

He envisions the space making more progress in solid tumors, as well as a progression away from cancer and into immunotherapies, “using cell and gene-modified cell therapies for immune conditions,” such as diabetes and Systemic lupus erythematosus (SLE).

In the manufacturing space, Kili said the key will be to “learn how to use…vectors better to create better in vivo therapies, be they gene-modified cell therapies or pure gene therapies.” All of these aspects need to move forward, he said, “to allow us to decrease the cost of goods for these therapies so that we can make them available to more people both in our very privileged first world, but also in low and middle-income countries.”

In conclusion, Kili said, “I think we're going to see a lot of very rapid changes and very rapid improvements.”

ISCT kicks off Wednesday, May 4, with the excitement continuing through Saturday. BioSpace will have the highlights from both this conference and ASGCT.