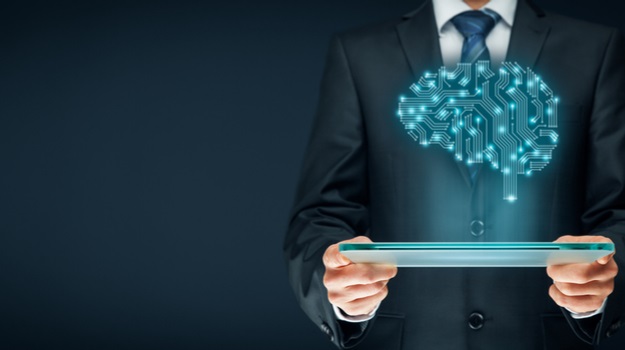 It’s not exactly breaking news that biopharma companies are increasingly turning toward machine learning and artificial intelligence (AI) to improve drug development. What is big news is how resoundingly it might improve on traditional methods. This was recently demonstrated by the results of the Critical Assessment of Structure Prediction (CASP) contest hosted by the Protein Structure Prediction Center, sponsored by the U.S. National Institute of General Medical Sciences I(NIH/NIGMS).

CASP is a worldwide contest, or perhaps experiment is a better word, that has taken place every two years since 1994. Proteins have three-dimensional structures and those structures are an important element in how they function—it’s not uncommon, for example, for a mutation in the gene for a protein to result in the protein having a different shape, causing it to behave abnormally or not at all. And another fact to keep in mind is that protein shapes are dynamic, not necessarily static, transitioning between different states.

Every two years, the participants attempt to predict the 3-D shape of a specific human protein. Researchers focused on this type of research work to solve the problem using a variety of methods. Most recently, CASP wasn’t won by a biologist or biochemist, but by DeepMind, the AI laboratory owned by Google/Alphabet.

Mohammed AlQuraishi, a biologist at Harvard Medical School who participated in the contest, told The New York Times, “I was surprised and deflated. They were way out in front of everyone else.”

DeepMind didn’t just beat out the other scientists but gave a prediction that was almost twice as accurate as experts expected.

Derek Lowe, who writes the In The Pipeline blog for Science Translational Medicine, told The Times, “It is not that machines are going to replace chemists. It’s that the chemists who use machines will replace those that don’t.”

In his own blog, AlQuraishi criticized big pharma companies and the academic community for not keeping up. “The smartest and most ambitious researchers wanting to work on protein structure will look to DeepMind for opportunities instead of Merck or Novartis,” he wrote. “This fact should send chills down the spines of pharma executives, but it won’t because they’re clueless, rudderless, and asleep at the helm.”

Merck, though, is exploring protein folding, but the company’s scientists think its impact is far down the road. It’s using deep learning algorithms on other aspects of drug discovery and development. Juan Alvarez, associate vice president of computational and structural chemistry at Merck told The Times, “We have to connect so many other dots.”

Also, very few if any academic institutions can afford the resources like DeepMind, and large biopharma companies aren’t likely to devote that much of their finite resources to one approach. Google acquired DeepMind in 2014 for a reported $650 million.

And other companies are focusing on AI and machine learning. Recursion Pharmaceuticals, headquartered in Salt Lake City, Utah, is a clinical-stage biotech company that combines AI, experimental biology and automation to discover and develop drugs at scale.

On Jan. 7, 2019, Recursion announced progress in its collaboration with Takeda Pharmaceutical on identifying novel preclinical candidates for rare diseases. In 18 months, the partnership had led to the evaluation of Takeda preclinical and clinical compounds in more than 60 unique indications, with new therapeutic candidates identified in more than half-a-dozen diseases. As a result, Takeda exercised its option for drug candidates in two rare diseases and the two companies have extended the partnership.

Also in January, Recursion signed a licensing deal with the Ohio State Innovation Foundation (OSIF), acquiring rights to OSU-HDAC42, a clinical stage compound that will be developed by Recursion for neurofibromatosis type 2 (NF2), a rare tumor syndrome.

Atomwise has a number of partnerships, including with AbbVie, the University of Toronto, Merck, Duke University School of Medicine and others.

At the World Medical Innovation Forum held in Boston in April 2018, panelists focused on the use of AI in healthcare. In particular, AI can be used in clinical trials to search old clinical trial data for new applications and potentially replace part of clinical trials with “virtual” models.

At that meeting, Joseph Scheeren, a senior advisor for R&D at Bayer, noted that cleaning data after a clinical trial can take one or two months. But AI, on the other hand, could potentially do it in a single day. He estimated that AI could reduce the time required for a clinical trial by 30 to 40 percent. “In R&D,” he said, “speed is everything.”

And the same month, London-based BenevolentAI, which uses AI to develop new medicines, brought in $115 million in new investments. Since its founding in November 2013, the company has raised $207 million, according to Crunchbase.

In September 2017, Vivek Ramaswamy launched another “vant” company, Datavant, which will use AI to improve clinical trials. It’s led by Travis May, co-founder and chief executive officer of LiveRamp, which offers data analysis across their ecosystem.

And in July 2017, GlaxoSmithKline signed a $43 million deal with AI company Excientia to stimulate drug development. GSK indicated it would use AI to discover novel and select molecules for up to 10 disease-related targets across multiple therapeutic areas.

So, it’s clear that biopharma is taking AI seriously. Jeremy Jenkins, head of data science for chemical biology and therapeutics at Novartis, told The Times, “Everyone is trending up in this area. It is like turning a big ship, and I think these methods will eventually scale to the size of our entire company.”