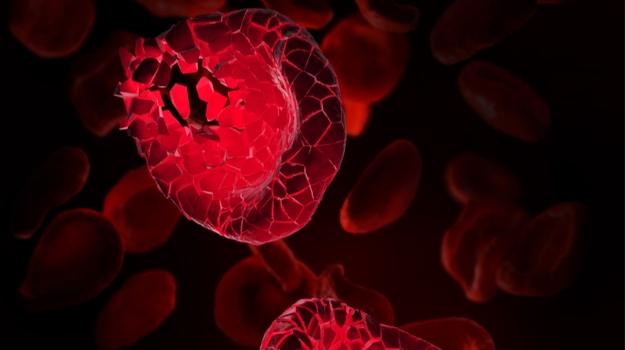 Then, during the 16-week trial period, patients were randomized to receive either 1,080 mg of pegcetacoplan twice a week or their current dose of Soliris. All patients who completed the randomized controlled period then joined the open-label pegcetacoplan treatment period where they were given pegcetacoplan, regardless of previous treatment.

The primary endpoint was superiority of pegcetacoplan to eculizumab, which it met, with a statistically significant improvement in adjusted means of 3.8 g/dL of hemoglobin at week 16. Pegcetacoplan also showed promise in key secondary endpoints, such as non-inferiority on transfusion avoidance and absolute reticulocyte count.

He went on to say, “We are also excited to see that 85% of patients treated with pegcetacoplan were transfusion free. At Apellis, we are focused on developing groundbreaking therapies, and these results show that pegcetacoplan has the potential to transform the lives of people with PNH. We look forward to meeting with regulators in the first half of the year to discuss next steps.”

Phil Nadeau, an analyst with Cowen, thinks pegcetacoplan will be quickly adopted by patients who haven’t responded well to Soliris or Ultomiris. He also predicts the drug will be approved and hit the market in the U.S. in 2021, with the drug hitting a 28% market penetration for PNH in 2025.

Pegcetacoplan is also being evaluated in geographic atrophy and complement-associated kidney diseases. The complement system is a pathway in the immune system, which is the target of pegcetacoplan.

Madhu Kumar, an analyst for Baird, wrote in a note to investors last month that positive results in this trial against Soliris could cause the drug to be considered a “pipeline in a product” across a number of complement-driven diseases, the same way Soliris is.

Alexion, on its part, isn’t resting on its laurels, but continues to expand the market for Soliris and develop new drugs in the complement sphere.

On November 22, 2019, Alexion’s Soliris was approved in Japan for the prevention of relapse in patients with anti-aquaporin-4 (AQP4) antibody-positive neuromyelitis optica spectrum disorder (NMOSD), including neuromyelitis optica. NMOSD is a rare, devastating, complement-mediated disease of the central nervous system.