AMA Doubles Down Against Off-Label Prescriptions, Despite Promising Evidence 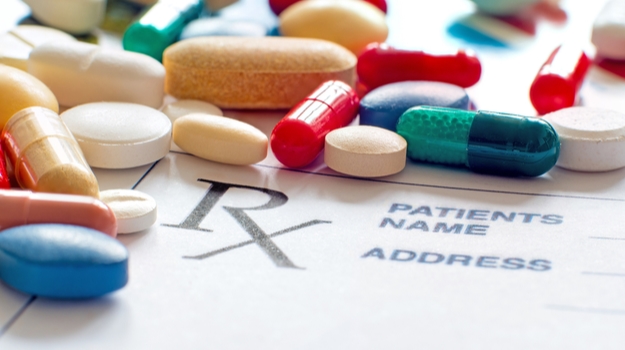 On Thursday, the American Medical Association (AMA) doubled down on its stance against using off-label medicines like hydroxychloroquine and chloroquine to treat COVID-19 patients.

Speaking at its National Physician Townhall April 9, AMA President Patrice Harris, M.D., acknowledged the frustration physician are feeling because of the “torrent of conflicting information” and the lack of resources (including protective equipment) that “leaves you facing enormous health threats, seemingly with an arm tied behind your back.”

“This is an all-hands-on-deck moment in the fight against COVID-19,” Harris said. “We need everyone and every resource available to turn the tide.”

Yet for the AMA, that does not include prescribing hydroxychloroquine, chloroquine or other off-label or investigational medications, despite evidence of efficacy from multiple physicians and small studies.

A joint statement on ordering, prescribing or dispensing COVID-19 medications issued by the AMA, the American Pharmacists Association and American Society of Health-System Pharmacists recognized that physicians are prescribing hydroxychloroquine and chloroquine prophylactically. It said, “We strongly oppose these actions.”

That statement, along with similar ones by Harris, triggered a news release    Thursday from the Association of American Physicians and Surgeons (AAPS) headlined, “AMA Prefers Death to Treating without Data.”

“There’s incredible tension,” Howard Bauchner, M.D., editor-in-chief, scientific publications, JAMA, said in the AMA Townhall. “Patients are really sick and some in the intensive care units will die. Patients want to try something if the potential outcome, otherwise, is death. But, without evidence, we’re reaching for straws.”

Researchers estimate between 10 to 20% of all drugs prescribed are off-label, and rates vary significantly by indication and patient age.

With immediate, critical needs and no approved treatments, the risk associated with not administering potential treatments is greater than the risk of trying them. The Ebola pandemic is a prime example of the deaths that can result from demanding clinical trials in crisis situations.

“With Ebola, it took a whole year to get a randomized clinical trial designed. By the time it was implemented and the data could be collected, the viral infection went away,” Orient said. The trial, launched by the National Institutes of Health, was incomplete. “Getting the data took too long.”

Yet, much of the data for chloroquine and hydroxychloroquine already is available. As Michael J. A. Robb, M.D., president, Arizona State Chapter of Association of American Physicians and Surgeons, pointed out in a recent letter to the Governor of Arizona, Doug Ducey (R), “For nearly 20 years, there has been scientific evidence of the potential usefulness of the antimalarial drugs chloroquine (CQ) and hydroxychloroquine (HCQ) in the treatment of viral infections, including coronavirus. These drugs have been used for 70 years in the treatment and prophylaxis of malaria, and are now widely used for treatment of rheumatic diseases. They are quite safe when used as prescribed.

“They are now being widely used outside the U.S. for treatment of seriously ill patients as well as in prophylaxis or early treatment in China, South Korea and France,” Dr. Robb wrote.

“Clinician researchers and private clinicians around the world report success with hydroxychloroquine (with or without azithromycin and zinc),” he continued. “According to our analysis of all available information as of April 2 from China, South Korea, France, and the U.S., 459 patients have been treated with hydroxychloroquine and 426 improved; only one patient died. The probability of hydroxychloroquine success in reducing morbidity and mortality in COVID-19 patients is 93% (426/459) at this time.”

Even some patients who appeared near death have recovered, although outcomes appear best when hydroxychloroquine is administered early, and in combination with zinc and the common antibiotic azithromycin, the AAPS reported.

Harris at the AMA expressed another concern: that treating COVID-19 patients with off-label drugs would create a shortage for lupus patients.

Yet, Robb noted that production is increasing rapidly.

“Reportedly, 86 million pills are available, plus 29 million that are already stockpiled in Washington, D.C., and 115 million pills should be available by the end of April. Each patient needs only 24 to 48 pills depending on protocol, and each front-line staff member would need 1 pill a week for prophylaxis,” Robb wrote.

The Oath of Hippocrates states that physicians have the duty to 'prescribe according to my ability and my judgment.' As there are no FDA-approved preventives or therapies for this novel illness, the ethical and humane action is for physicians to prescribe remedies for which there is a scientific basis and favorable current experience. These include hydroxychloroquine as well as high-dose intravenous vitamin C. The alternative is to deny patients the best available chance to live, according to the AAPS.

Because randomized controlled trials take more time than patients have during this crisis, the AAPS is calling for Bayesian analysis, to interpret data in real time using informed prior probabilities. “Time is of the essence,” and “Arizona does not need to wait for controlled trials in order to start saving lives, the AAPS’s letter pointed out.

That’s not quite the view of the AMA, though. At the AMA Townhall, Harris reemphasized that organization’s support of support rigorous controlled trials, even in times of crisis. “Most important, we need to let the process go through randomized clinical trials,” she stressed.

But, as the AAPS pointed out, there’s no reason the medical establishment can’t do both – conduct clinical trials, many of which are underway, while treating patients based upon current evidence while continuing to collect data.