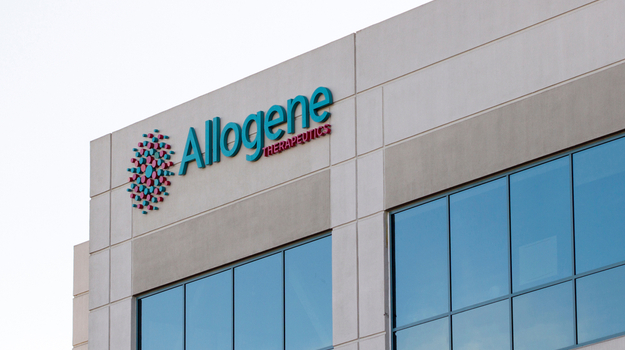 Allogene said the new facility is expected to bolster innovation across all facets of manufacturing in order to allow the company to fully develop and commercialize cancer treatments for patients in need.

The new manufacturing facility came online to prepare for the company's first pivotal trial assessing ALLO-501A, a next-generation engineered anti-CD19 AlloCAR T candidate, for the treatment of relapsed/refractory non-Hodgkin lymphoma. Allogene's AlloCAR T assets were placed on clinical hold following the discovery of chromosomal abnormality in an advanced cancer patient who had been treated with ALLO-501A.

Earlier this year, the clinical hold was lifted by the U.S. Food and Drug Administration after investigators determined the chromosomal abnormality was unrelated to TALEN gene editing or Allogene's manufacturing process. Additionally, the investigators said the chromosomal abnormality that sparked the hold was not detected in any manufactured AlloCAR T product or in any patient treated with the same lot of drugs.

The new manufacturing center is close enough to Allogene's headquarters in South San Francisco to allow quick exchanges between teams. Additionally, the site was designed to be a fully electric facility that is completely powered by renewable solar and wind energy.

"As we prepare for our first AlloCAR T pivotal trial in mid-2022, we will draw on the capabilities of this state-of-the-art facility to meet product demand while maintaining important quality controls. We believe this is an ideal time to bring the facility online. Cell Forge 1 is uniquely designed to grow with Allogene as we expand our pipeline, prepare for future regulatory filings, and scale up production for potential commercial distribution," Moore said in a statement.

At AACR, Rafael Amado, Allogene's executive vice president of research and development and chief medical officer, said the latest data from ALLO-316, coupled with previously announced preclinical data in multiple tumors, reinforce the company's belief that CD70 is an essential target across a broad spectrum of cancers.