FDA Speeds Up Examination of 5 Drugs with Priority Review 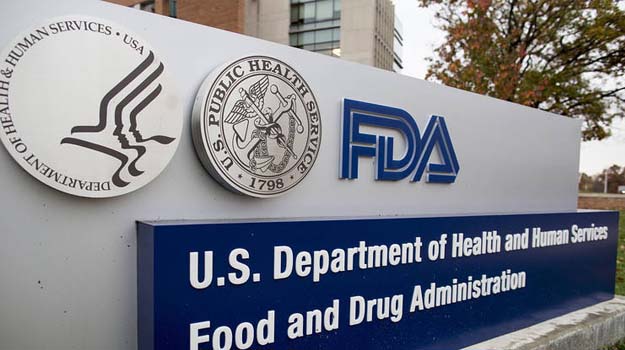 A number of new medications stand a shot at early regulatory approval thanks to the U.S. Food and Drug Administration (FDA)’s priority review program. This week, the agency handed out a number of such designations, which will hasten potential approval.

Novartis – Swiss pharma giant Novartis was granted priority review for is MET inhibitor capmatinib, which is being evaluated as a treatment for first-line and previously treated patients with locally advanced or metastatic MET exon 14 skipping (METex14) mutated non-small cell lung cancer (NSCLC). If approved, capmatinib will be the first therapy to specifically target METex14 mutated advanced lung cancer, a type of lung cancer with a particularly poor prognosis, Novartis said. There are currently no approved therapies that specifically target METex14 mutated advanced NSCLC. The FDA awarded priority review designation upon the acceptance of the New Drug Application. The NDA was supported by results from the GEOMETRY mono-1 Phase II study, which demonstrated an overall response rate of 67.9% and 40.6% among treatment-naïve and previously treated patients, respectively. Capmatinib had previously been granted Breakthrough Therapy designation.

Kite Pharma – The FDA granted priority review to Kite Pharma’s second CAR-T treatment, KTE-X19, which is being developed for the treatment of adult patients with relapsed or refractory mantle cell lymphoma (MCL). The designation was granted upon acceptance of the Biologics License Application. The BLA is supported by data from the single arm, open-label, Phase II ZUMA-2 trial, which showed that 93% of patients responded to a single infusion of KTE-X19, including 67% of patients achieving a complete response. Kite anticipates the FDA could make a decision on this asset by Aug. 10. KTE-X19 has been granted Breakthrough Therapy Designation in the United States. The European Medicines Agency recently validated the Marketing Authorization Application for KTE-X19 in the European Union. Kite, a Gilead Sciences company, was the second to market with a CAR-T treatment in 2017 when the FDA approved Yescarta for relapsed or refractory large B-cell lymphoma after two or more lines of systemic therapy, including diffuse large B-cell lymphoma (DLBCL) not otherwise specified, primary mediastinal large B-cell lymphoma (PMBCL), high-grade B-cell lymphoma, and DLBCL arising from follicular lymphoma (transformed follicular lymphoma, or TFL).

GlaxoSmithKline – U.K.-based GSK was granted priority review for the company's Biologics License Application (BLA) seeking approval of belantamab mafodotin for the treatment of patients with relapsed or refractory multiple myeloma whose prior therapy included an immunomodulatory agent, a proteasome inhibitor and an anti-CD38 antibody. The BLA is based on data from the pivotal DREAMM-2 study that showed an overall response rate of more than 30% in each group. At follow-up, the median duration of response lasted for 6.3 months and 6.9 months in groups that received different dosing levels. The median progression-free survival among patients who were given 2.5 mg/kg of belantamab mafodotin was 2.9 months compared with 4.9 months in the 3.4mg/kg group, GSK said. Belantamab mafodotin was previously granted Breakthrough Therapy designation. If approved by the FDA, belantamab mafodotin will be the first anti-BCMA treatment available to patients

Astex Pharmaceuticals – The FDA granted priority review to Astex for its oral C-DEC (cedazuridine and decitabine) as a treatment for adults with previously untreated intermediate- and high-risk MDS including CMML. The company’s New Drug Application was accepted based on data from the Phase III ASCERTAIN study which evaluated the 5-day decitabine exposure equivalence of oral C-DEC and IV decitabine. C-DEC is a novel, orally administered fixed dose combination of cedazuridine, an inhibitor of cytidine deaminase, with the anti-cancer DNA hypomethylating agent, decitabine. In September 2019 Astex announced that C-DEC had received orphan drug designation for the treatment of MDS and CMML from the FDA.