Why Does Immunotherapy Cost So Much? 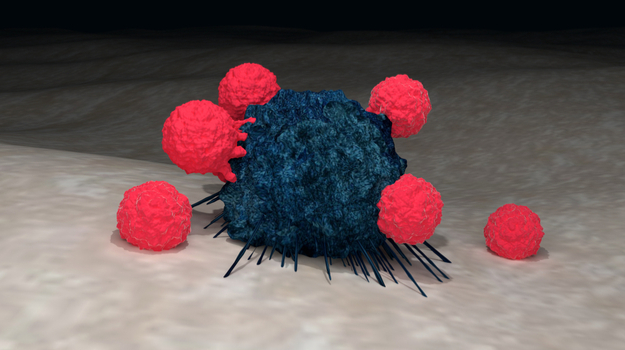 Immunotherapy – reprogramming your immune system to attack cancer cells – is a rapidly growing and promising field in cancer research and treatment and high immunotherapy cost has become a hot topic. Traditional cancer chemotherapy and radiation are non-specific, killing both the cancer and the patient’s own tissue. The power of immunotherapy lies in its specificity.

For example, chimeric antigen receptor T-cell therapy (CAR-T) utilizes the patient’s own immune cells. Their T-cells are removed, genetically engineered to recognize a certain protein expressed on cancer cells and infused back into the patient. These modified T-cells selectively seek out and destroy cancer cells.

Immune checkpoint inhibitors are another type of immunotherapy, which target the molecular ‘brakes’ of the immune system, such as CTLA-4 and PD-1, allowing the immune system to more successfully recognize and destroy cancer cells. In fact, this work was just awarded the 2018 Nobel Prize in Physiology or Medicine, highlighting its importance in cancer treatment today.

These personalized medicines and novel immunotherapies are providing substantial clinical benefit, especially in patients who had little to no hope even a decade ago. They have ‘raised the hope of significantly improving cancer survival’ across many kinds of cancer.

“A potential revolution in cancer care may be stymied by the high price of drugs, which suggests that we need to reconsider how we price them,” Ezekiel Emanuel, vice provost and chair of the department of medical ethics and health policy at the University of Pennsylvania, wrote in the Wall Street Journal (WSJ).

Why Immunotherapy Cost So High?

The oncology market remains very active and is moving towards targeted treatments and combination therapies. In 2016, there were over 600 molecules in late-stage development – 90 percent of which were targeted therapies.

As cancers develop treatment resistance, combinations of old and new therapies will become increasingly important to effective treatment. The use of multiple, potentially costly, drugs during combination therapy, increased duration of novel therapies and the possibility of patients needing multiple rounds of therapy all contribute to the high immunotherapy cost.

Between 2012 and 2016, the global cost of oncology therapeutics and supportive care drugs increased from $91 billion to $113 billion – 46 percent of which was for the U.S. alone. Cancer care costs are expected to continue rising rapidly, estimated to be $173 billion by 2020.

The average annual cost of cancer drugs has jumped from less than $10,000 in 2000 to more than $120,000 in 2015. During that time, the average income for a family of four dropped 8 percent to $52,000, furthering the potential financial burden of these cancer drugs. Increasing drug costs and the number of approved therapies, especially targeted therapies, are driving this cost increase.

For example, two recently approved CAR-T treatments, Novartis’ Kymriah and Gilead Sciences’ Yescarta, sport price tags between $373,000 and $475,000 per patient, depending on the type of cancer being treated. Each CAR-T treatment is made specifically for each patient, taking more than three weeks of lab work to make. Therefore, the manufacturing and processing cost is high – about $60,000 per patient.

Pharma companies justify high immunotherapy cost by highlighting the value of these immunotherapy drugs and the continual investment of their profits into R&D to discover new cancer drugs. The exorbitant $1 billion (or higher) price tag to bring a drug to market is also a key factor in high prices. However, the companies say that ‘significant discounts’ are offered to many patients.

Although the annual cost of these immunotherapy drugs far exceeds almost all other cancer drugs, it may be considered ‘cheap’ given that leukemia patients may receive over $2 million hospital bills over the course of their treatment.

“If the therapy is curative, the total cost of therapy might be less than would be the case for repeated courses of less expensive, but less effective treatments such as chemotherapy,” Mark Faries, director of therapeutic immunology at the John Wayne Cancer Institute at Providence Saint John’s Health Center in California, told Healthline.

One way to affect drug prices and immunotherapy cost may be to change laws involving drug pricing. Proposed legislature, such as the Medicare Negotiation and Competitive Licensing Act of 2018, aims to negotiate the prices of drugs prescribed under part D of Medicare. However, many patients receiving immunotherapy aren’t on Medicare. ‘More than 175 million Americans have private insurance that wouldn’t be covered by Medicare negotiations,’ Emanuel wrote in the WSJ.

But legislature isn’t the only way to lower drug prices. In September 2017, the National Institute for Health and Care Excellence (NICE), Britain’s ‘healthcare cost watchdog,’ recommended Bristol-Myers Squibb’s cancer immunotherapy drug Opdivo to some lung cancer patients only after a discounted price was agreed upon.

"This new deal means that we can give patients access to what we know is a promising treatment whilst more evidence is gathered on its value," Carole Longson, director of the NICE center for health technology evaluation, told Reuters.

While the answer to how to manage the novel cancer immunotherapy cost may be complex, the need to make this effective treatment accessible to patients is clear.