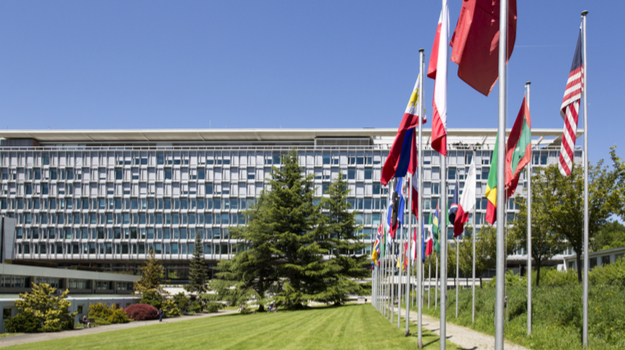 The World Health Organization is launching a clinical trial in Norway and Spain to assess four of the most promising drugs in the fight against COVID-19, the disease caused by the novel coronavirus that has spread across the globe.

Health officials will test an array of medications thought to be effective in treating the disease. The drugs that will be tested in the multi-nation trial include chloroquine and hydroxychloroquine, Gilead Science’s remdesivir and HIV drugs lopinavir and ritonavir, CNBC reported Friday afternoon. The drugs will be tested alone and in various combinations, including with interferon-beta, CNBC said. Patients have been enrolled in the trial but the design of the trial and how it will assess the drugs was not clear.

According to the Johns Hopkins map tracking the spread of the pandemic, there are approximately 576,859 confirmed cases of COVID-19, with more than 94,000 in the United States. There have been 128,377 confirmed recoveries and 26,455 deaths from the disease.

WHO Director-General Tedros Adhanom Ghebreyesus called the number of infected patients and deaths “tragic.” He said the nations and health organizations must come together and “right, unite and ignite.”

“We are one humanity with one common enemy,” he said during a press conference in Geneva, Switzerland.

The drugs selected by WHO have all been bandied about as potential treatments for COVID-19, with the malaria drug chloroquine and hydroxychloroquine, which is used for lupus and arthritis, touted as a potential “game-changer” by President Trump. But, as has been reported by BioSpace before, medical professionals are less apt to place as much hope on the drugs due to the lack of clinical testing against COVID-19.  Three companies that make hydroxychloroquine, Teva, Mylan and Novartis, have agreed to increase the production of the medication and plan to donate millions of doses for the treatment of the coronavirus. As BioSpace reported Monday, the University of Minnesota initiated a clinical trial of hydroxychloroquine for the treatment of COVID-19. WHO believes that launching the clinical trials will provide that all-important data in the fight against COVID-19.

Anecdotal evidence has suggested these four drugs are effective in treating SARS-CoV-2, but there have been no clinical controls in place.

“It’s important that these medications are evaluated appropriately so we know what works and that we have the right data to support what works,” Dr. Maria Van Kerkhove, head of WHO’s emerging diseases and zoonosis unit said during the press conference, CNBC said.

Gilead’s remdesivir is currently in two late-stage clinical trials for COVID-19 but has been used by physicians in China and elsewhere to treat the disease under compassionate use. The antiviral medication has been studied as a potential treatment for Ebola, Marburg, MERS and SARS. MERS and SARS are both caused by coronaviruses that have at least some similarities to the coronavirus causing COVID-19. Earlier this week the California-based company announced plans to suspend compassionate use requests for individuals until it can process previously approved requests. The company has been slammed with requests as the disease has spread and Gilead said it is in the process of transitioning from individual compassionate use requests to expanded access programs. Doing so will “both accelerate access to remdesivir for severely ill patients and enable the collection of data from all participating patients,” Gilead said.

AbbVie’s Aluvia, a combination of lopinavir and ritonavir, has been used as an ad-hoc treatment for COVID-19 in China. A noted respiratory expert at Peking University First Hospital in Beijing said he was given the HIV drug to fight the virus after he contracted it following a visit to Wuhan, the capital of Hubei province in central China where the virus is thought to have originated. He recovered from the virus and credits the HIV treatment. Aluvia is thought to be a potential treatment for the coronavirus due to its ability to block a protease that the virus needs to replicate within the human body. AbbVie’s drug has previously been tested in patients with SARS and MERS, which are similar viruses.