What Are Some Legal Challenges that Come Along with Diversity and Inclusion in the Workplace? 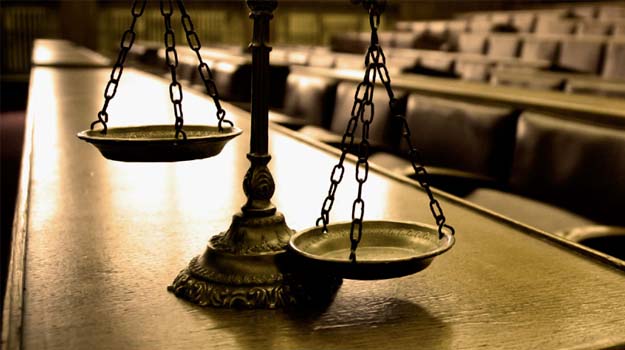 When it comes to the benefits of diversity and inclusion in the workplace, myriad research studies support the implementation of programs and policies that attract a diverse workforce. A vast majority of businesses covering a wide spectrum of niches have come on board of diversity in the workplace movement. Although it is considered a standard part of a human resources department, diversity and inclusion policies include one significant risk, which has increased in impact over the past several years.

The legal challenges of diversity in the workplace is an issue that every human resources professional needs to take control of to ensure optimal inclusion.

The road to establishing affirmative action as an integral part of a human resources policy began during the administration of John F. Kennedy. Three years before the landmark Civil Rights Act, JFK released Executive Order 10925, which required every federal government agency to “promote and ensure equal opportunity for all qualified persons, without regard to race, creed, color, or national origin, employed or seeking employment with the Federal Government and on government contracts” Executive Order 10925 is considered by many legal experts to be the origin of the phrase affirmative action.

Fast forward to 1965 and the enactment of Title VII. Shortly after Title VII became federal employment law, President Lyndon Johnson issued Executive Order 11246 to bolster affirmative action programs at the federal government level. By the end of 1979, the Equal Employment Opportunity Commission (EEOC) created standards to help employers implement affirmative action programs that would not make employers vulnerable to reverse discrimination lawsuits. According to the standards released by the EEOC, a voluntary affirmative action program stands on solid legal ground if “(1)  an analysis reveals that existing or contemplated employment practices are likely to cause an actual or potential adverse impact; (2)  a comparison between the employer’s workforce and the appropriate labor pool reveals that it is necessary to correct the effects of previous discriminatory practices; and (3) a limited labor pool of qualified minorities and women for employment or promotional opportunities exists due to historical restrictions by employers, labor organizations, or others.”

The Impact of Title VII

Title VII and several other laws that outlaw discrimination forbid companies from making employment decisions based on identifiers such as age, race, gender, and national origin. However, in some cases, federal law permits the consideration of protected identifiers in the recruiting, development. And promotion of employees.

United States v. Paradise, which the Supreme Court ruled on in 1987, verified a district court order to mandate a one-to-one ratio of white and black state troopers for hiring in the State of Alabama. The majority ruled the race-focused hiring practice was necessary to address the rampant discrimination that previously occurred in the Alabama Department of Public Safety.

Some employers operate voluntary affirmative action programs to enhance the equal opportunity rights of women, minorities, and other federally protected groups. Nonetheless, if a hiring initiative conflicts with the non-preferential mandate issued by the federal government, then an employer giving preferential treatment is susceptible to legal action in a civil court.

How can employers run into legal trouble by promoting diversity and inclusion initiatives? The answer is by concentrating time and resources on inclusion to the point that some employees feel excluded from the workplace. Over emphasizing inclusion to the point of exclusion is the reason why Google recently got into hot legal water.

The search engine giant faces two separate discrimination lawsuits that were filed by two white men that are now ex-employees. James Damore filed a lawsuit claiming Google terminated his employment because he espouses conservative viewpoints. Damore v. Google asserts Google punished employees that veered from the accepted liberal viewpoint promoted by the company. The lawsuit makes a second claim that Google overly focuses on implementing diversity and inclusion initiatives. Damore asserted in the lawsuit that Google overlooks qualified white job candidates, as well as denied promotions to white men because of their skin color.

Discrimination Banned in the Workplace

Although Damore vs Google, as well as the second Google lawsuit have not been resolved, another case should make human resources professionals reconsider hiring and promotion practices. Palmer v. CSC Covansys Corp. allowed a claim filed by a white male employee to continue. The lawsuit asserts CSC Covansys Corp laid off the white male employee because the company favored Indian workers in both hiring and promotion programs. Essentially, Palmer vs Covansys Corp. allowed the claim made by Palmer to continue because the court ruled Caucasian Americans are protected like every other race.

Moving forward, employers must follow a new human resources mantra when it involves the hiring and promotion process. To avoid the legal challenge of diversity in the workplace, employers should attract a diverse base of job candidates, interview a wide variety of job candidates, and above all, conduct a thorough review of the company culture to ensure there is inclusion for all.