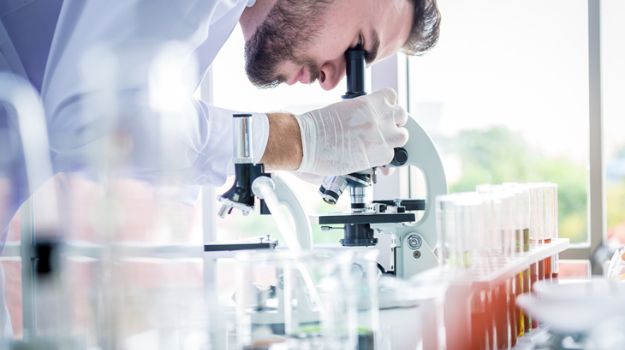 Top-line results from Verona Pharma's Phase III ENHANCE-2 trial supported the potential of nebulized ensifentrine as a maintenance drug for people with COPD.

The trial of nearly 800 patients achieved its primary endpoint of a placebo-corrected change from baseline of 94 mL. The clinically meaningful improvements were seen across all trial subgroups, including age, gender, COPD severity, smoking status, location, background medication, chronic bronchitis, FEV1 reversibility and ICS use.

Those who received ensifentrine also achieved the secondary endpoints, showing improvements in lung function at the 12th week and a reduced rate and risk of COPD exacerbations. The same subjects also saw a 42% reduction in the rate of moderate to severe COPD exacerbations.

"We are very pleased by the successful outcome of our ENHANCE-2 study and remain committed to bringing ensifentrine to COPD patients as quickly as possible," Verona President and CEO David Zaccardelli said.

Full results from the Phase III ENHANCE-1 trial are expected to be reported by the end of the year. Barring negative outcomes, the company plans to submit a New Drug Application to the U.S. Food and Drug Administration in the first half of 2023.

The companies presented an interim analysis of the ongoing study in a late-breaking oral presentation at the International Association for the Study of Lung Cancer's World Conference on Lung Cancer.

"These early findings from TROPION-Lung02 are promising and represent the first lung cancer trial to report results combining a TROP2 directed antibody-drug conjugate with an immune checkpoint inhibitor with or without platinum chemotherapy in patients with advanced or metastatic non-small cell lung cancer," Gilles Gallant, SVP and global head of oncology development, oncology R&D at Daiichi Sankyo said.

Gallant added, "These data support the initiation of the TROPION-Lung08 phase III trial to further evaluate datopotamab deruxtecan in combination with pembrolizumab as a first-line combination treatment in patients with advanced non-small cell lung cancer without actionable genomic alterations."

The primary endpoint, non-inferior change from baseline in visual acuity at week 24 versus the standard of care aflibercept, was supported by a favorable safety profile and positive anatomic responses. Reduced frequency of dosing also gave tarcocimab tedromer an advantage, as it was given every two months compared to the aflibercept, which had to be administered every month.

"BEACON is the first study to successfully test a doubling of the treatment interval for anti-VEGF dosing in a pivotal trial in RVO patients," Mark Barakat, M.D., director of the Retinal Research Institute at Retinal Consultants of Arizona and a BEACON study investigator, commented in a statement. "It's wonderful news for patients that the study was successful: it showed that treatment with tarcocimab results in non-inferior vision outcomes, while meaningfully reducing the treatment burden compared to monthly aflibercept."

The study involved 568 participants from 11 countries. The company expects to read topline data, alongside other concurrent trials, in the next 12 months. If successful, Kodiak plans to file a single Biologics License Application with the data across its program. Full details of the BEACON trial will be shared at upcoming ophthalmology congresses in September.