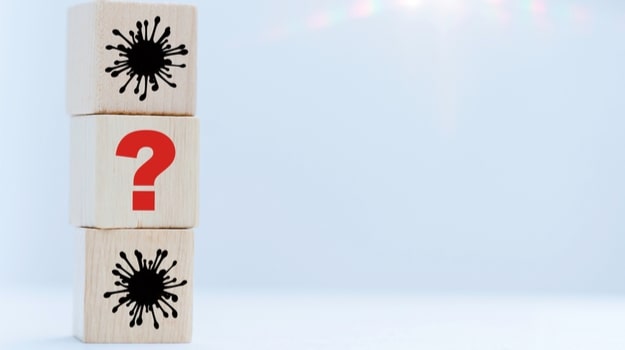 After yesterday's report that three scientists at China's Wuhan Institute of Virology (WIV) received hospital care in November 2019 for influenza-like symptoms, the Biden administration, the World Health Organization (WHO), other countries' government and many scientists are urging a broader investigation into the origin of the COVID-19 pandemic.

Although there is nothing concrete suggesting that the pandemic originated from a laboratory leak at the WIV, there are many unanswered questions and some view it as an accumulation of circumstantial evidence.

"I think the challenge right now is that the side of the ledger that supports the thesis that this came from a zoonotic source, from an animal source, hasn't budged," Scott Gottlieb, former head of the U.S. Food and Drug Administration (FDA), said on CNBC's "Squawk Box."

"And the side of the ledger that suggests this could have come out of a lab has continued to grow. People a year ago said this probably came from Nature, it's really unlikely it came from a lab, maybe a year ago that kind of a statement made a lot of sense because that was the more likely scenario."

In March, the WHO issued a draft report made by an international team of investigators who visited Wuhan, China, from mid-January to mid-February. The report provided four possible scenarios and their likelihood for the virus's origins, with the top being a jump from bats to other animals. Direct spread from bats to humans was considered "possible," spread via "cold-chain" food product was "possible, but not likely," and the fourth was a possible leak from a laboratory, which they at that time declared was possible but "extremely unlikely."

However, the investigators only spent three hours at the WIV and were only allowed access to some documentation. The WHO has now brought attention to an almost 200-page annex posted alongside the original report but had not received much attention. Included in the annex is significant Chinese data on extensive screenings of animals for coronaviruses about the time the pandemic started. This supports additional calls for further investigation and for China to be more transparent.

That data includes information about China's storage and destruction of positive COVID-19 samples from humans, a major influenza outbreak in December 2019, and that the first patients with COVID-19 had contact with 28 separate food and animal markets in December in China.

Also, the Wall Street Journal published a lengthy report on a potentially related outbreak. This involves an abandoned copper mine in southwest China. In April 2012, a group of miners went into the mine to clear it of bat guano. Six became sick with what was deemed a mysterious illness, and three of them died. Researchers from the WIV were called in to investigate and collected samples from the bats in the mine and later identified several new coronaviruses.

Several foreign journalists tried to reach the mine in recent periods but were stopped by unidentified men who claimed wild elephants ahead. A WSJ reporter did make it to the mine via mountain bike but was detained and question for about five hours by police, and they also deleted a cellphone photograph of the mine. Local villagers said they had been warned not to discuss the mine with outsiders.

None of which necessarily links to SARS-CoV-2, the coronavirus that causes COVID-19, although there are suggestions it does. Several academic studies of the miners' outbreak were published.

The miners had a fever and cough for about two weeks, had difficulties breathing, and coughed up rust-colored mucus spotted with blood. A CT scan showed severe pneumonia, with lung images very similar to what is seen in COVID-19 patients. One of these written by a PhD candidate supervised by George Gao, current head of the Chinese Center for Disease Control and Prevention, found that four of the miners had tested positive for SARS antibodies.

Over the next several months, WIV researchers entered the mine, collected fecal samples from 276 bats, identified six different species, and extracted genetic samples. Half tested positive for coronaviruses, including an unidentified strain of a SARS-like virus.

The research was led by Shi Zhengli, the WIV's leading bat coronavirus expert. The results were published in 2016 in the journal Virologica Sinica.

It was only when the COVID-19 pandemic hit that some researchers made the connection. Shi and colleagues published another paper in Nature describing a virus called RaTG13, whose genetic sequence was 96.2% similar to SARS-CoV-2, which may have been from the mine, although the study did not specifically say it. It did say the virus was identified in a bat in Yunnan, the Chinese province where the Mojiang mine is located.

But researchers shortly afterward outside of China found that the sampling dates and partial genetic sequences of the RaTG13 virus were very similar to RaBtCoV/4991, the virus originally found in the Mojiang mine. Eventually, Shi said the two viruses were the same and updated the paper in Nature in November to say so and to mention the sick miners. She said that the WIV had retested samples from the miners, and they had not been infected with SARS-CoV-2. They also found eight other SARS-type coronaviruses in the mine.

The WIV was clearly working with coronaviruses—which was already known—and that they were similar to SARS-CoV-2, derived from bats, and could potentially cause COVID-19 and SARS-like diseases.

This is at least partially why the Biden administration, the WHO, and other scientists and governments are calling for further investigation into the origins of the pandemic and the possibility of a lab-leak or researcher-sourced virus.

Rep. Steve Scalise (R-La.), the GOP Whip and ranking member of the Select Committee on the Coronavirus Crisis, co-signed a letter with Rep. James Comer (R-Ky.), the top Republican on the House Oversight Committee, requesting both committees begin investigations into the virus's origins. They blamed the Chinese Communist Party (CCP). According to the Republicans, "there is evidence the CCP started the pandemic, covered it up, and is responsible for the deaths of almost 600,000 Americans and millions more worldwide."

Rep. Bill Foster (D-Ill.), chairman of the Science and Technology oversight subcommittee, said last week, he planned to hold a hearing. "I can assure you that our hearings will be a rational discussion among scientists, rather than a blizzard of semi-informed talking points designed for social media."

The White House has also called for an independent investigation and more information from China about the pandemic's origins.

White House press secretary Jen Psaki told reporters Monday, "We are and we have repeatedly called for the WHO to support an expert-driven evaluation of the pandemic's origins that is free from interference and politicization." She added that officials would not get "ahead of an actual international process," saying, "We don't have enough data and information to jump to a conclusion at this point in time."