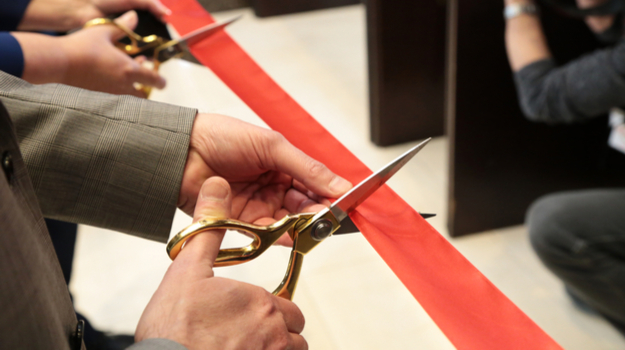 Backed by GlaxoSmithKline and Boston’s SV Health Investors, a new biopharmaceutical company known as Sitryx launched with $30 million in a Series A funding round to develop disease-modifying therapeutics in immuno-oncology and immuno-inflammation.

Based in Oxford, England, Sitryx intends to use its funding to address a broad range of immunometabolic targets. The company said it has assembled a portfolio of products that will address oncology and immuno-inflammatory indications through differentiated chemistry approaches, including small molecules, proteolysis targeting chimera (PROTACS) and topical formulations.

Not only was Sitryx supported financially by GSK, but the fledgling company also said it is working closely with GSK’s drug discovery teams. That cooperation between the startup and the global powerhouse underscores the larger company’s long-term commitment to developing immuno-associated treatments. In July, GSK’s R&D Head Hal Barron unveiled the company’s new strategy that focuses on new treatments through modulating the immune system.

Immunology is at the heart of GSK’s new approach to R&D,” John Lepore, GSK’s head of research said in a statement. “Through our Immunology Network, we believe the emerging field of immunometabolism that Sitryx is focusing on has the potential to bring new therapeutic opportunities to patients for a broad range of diseases including cancer. Our investment in Sitryx will allow us to access this exciting science through working closely with world-renowned academic scientists in an open collaborative way.”

Sitryx said it has received access to “certain GSK technologies” as well as the licensing of intellectual property, including chemical matter, from GSK. GlaxoSmithKline’s interest in Sitryx arose from work within the Immunology Network, a unique open collaboration initiative connecting GSK to the work of academic scientists and their novel immunology research, the company said.

In addition to GSK, the Sitryx funding round was supported by SV Health Investors, Sofinnova Partners and Longwood Fund. Sitryx noted that the investment will be used to develop disease-modifying therapies in immuno-oncology and immuno-inflammation. The area of immunometabolism and the role of metabolic pathways in immune cell function is a hot new area of focus for some companies. Sitryx said changes to these pathways have been shown to be pivotal in the development of a number of severe diseases, including a range of cancer and autoimmune conditions. Correcting immune cell function and/or inhibiting tumor cell growth through immunometabolic therapies have the potential to be key, complementary and highly differentiated approaches to treating disease, Sitryx said.

Sitryx will be helmed by Neil Weir, who was most recently senior vice president of discovery at UCB Pharma.

“Immunometabolism is an extremely exciting and compelling scientific area and, at Sitryx, we have seen that modulation of these key cellular pathways has broad therapeutic potential across multiple disorders with unmet medical need, particularly in the areas of immuno-oncology and immuno-inflammation,” Weir said in a statement.