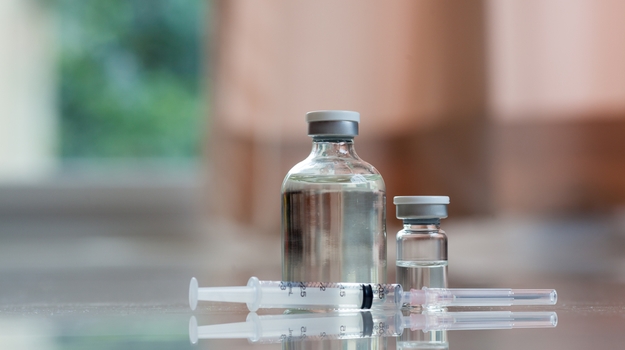 Poll after poll shows that many Americans – 30% to 50% – are unwilling to be vaccinated against COVID-19 once a vaccine becomes available. Meanwhile, officials are banking on widespread vaccination to allow society to return to normal, without masks or social distancing. We can’t return to normal without population-level vaccinations, though.

Somehow, public health authorities must convince the public that vaccines created under Emergency Use Authorizations are safe. Getting past the reluctance to be vaccinated requires rebuilding public trust in vaccine developers as well as in the government.

Even before the COVID-19 pandemic, the World Health Organization considered hesitancy to be vaccinated one of its main concerns. The Centers for Disease Control and Prevention (CDC), for example, estimates that only about 45% of adults were vaccinated against seasonal flu during the 2018-2019 flu season. That’s up more than 8% from the previous flu season.

When considered against the COVID-19 pandemic, the concern goes beyond those normally associated with vaccination. Many people fear the COVID-19 vaccines are being rushed through development and approval. The general public may have heard about Fast Track designation and Emergency Use Authorization, and perhaps this year’s Coronavirus Treatment Acceleration Program (CTAP). Maybe they’ve even heard of the Accelerating COVID-19 Therapeutic Interventions and Vaccines (ACTIV) program launched by the National Institutes of Health. Most don’t understand what any of those programs mean in real terms, and many fear they’re a bureaucratic way of quietly cutting corners.

Trust is at the heart of the issue.

“Individuals, parents and vaccine opponents lack trust that doctors and the government have done sufficient research to validate the safety of vaccines,” Laura Scherer, assistant professor of psychological sciences, University of Missouri, said in a statement.

Her 2016 research, published in Vaccine, was based on the hypothesis that open communications about adverse events reported on the CDC’s Vaccine Adverse Event Reporting System (VAERS) would increase the public’s trust that vaccines were safe and that researchers were doing everything possible to document any harmful reactions.

Scherer studied people being vaccinated for the human papillomavirus in 2013. She found that receiving summary data about adverse events as well as the standard vaccine information sheet significantly increased perceptions of the vaccine’s value and decreased perceived risks. Reading actual adverse reaction incident reports, however, significantly reduced individuals’ willingness to be vaccinated even though they believed the vaccines were unrelated to the reported deaths.

“Even reading about anti-vaccine conspiracy theories makes people more hesitant to be vaccinated,” she concluded.

She noted that those who believe conspiracies often mistrust science and conventional medicine. Conspiracy theories related to COVID-19 include the notion that it was caused by 5G technology and that it was developed as a bioweapon.

Social media is particularly powerful in shaping views regarding vaccination, David Broniatowski, associate professor of engineering management and systems engineering at the George Washington University, reported in Vaccine. When China’s Changchun Changsheng Biotechnology company undermined the effectiveness of 250,000 rabies vaccine doses in 2018 by failing to follow national regulations, a social media storm ensued. Distrust of the government increased significantly during and after the incident and self-reports of vaccination changed from positive endorsements to safety concerns, he found. Long-term acceptance of vaccination in China may be eroding.

Herd immunity is only a partial solution for those hesitant to be vaccinated. Relying on herd immunity requires a preponderance of the population to carry antibodies for SARS-CoV-2, either through vaccination or because they recovered from the infection. If the immune population is large enough, their immunity will provide some protection to those who are not immune.

Current levels of immunity remain unknown. Results from a study by the National Institutes of Health to determine actual levels of immunity will be released on a rolling basis, but aren’t yet available. Meanwhile, serological testing in Miami-Dade County, Florida in April suggested that 6% of those tested showed antibodies for SARS-CoV-2. That’s higher than results from California’s Los Angeles and Santa Clara counties, but well below the level needed to confer herd immunity.

A letter published this spring in the Journal of Infection indicated that herd immunity could be achieved in the U.S. when at least 70% of the population carries antibodies to the virus. The authors, led by Julian Tang at the University of Leicester in the UK and Kin On Kwok at the Chinese University of Hong Kong, calculated minimum immunity figures needed within 32 nations for herd immunity to ensue.

Throughout most of northern Europe, the figure was above 60%. Canada needs 56% immunity, and Singapore needs only a bit more than 11%. The differences are based upon the basic reproduction numbers – the secondary cases generated by one infected person – and the real-life effective reproduction rates for the SARS-CoV-2 virus circulating in each country.

Health experts may start by discussing how the FDA is able to review vaccine candidates so much more quickly now than they could before the pandemic, and how large numbers of people will participate in clinical studies to document and minimize side effects. Vaccine developers can discuss how they are using parallel, rather than sequential, processes to speed development while still ensuring the safety and efficacy of their products. Public health officials can reemphasize the lives that have been saved and diseases prevented because of massive, historic vaccination programs like those launched for smallpox, which was eradicated in the 1970s.

As Dr. Broniatowski advised, “Government and public health agencies around the world need to prioritize health communication efforts. Even the safest and most effective vaccine is useless of people refuse to take it.”